Grantland Reality TV Fantasy League: How to Lose a Suspicious Fiancé in 90 Days 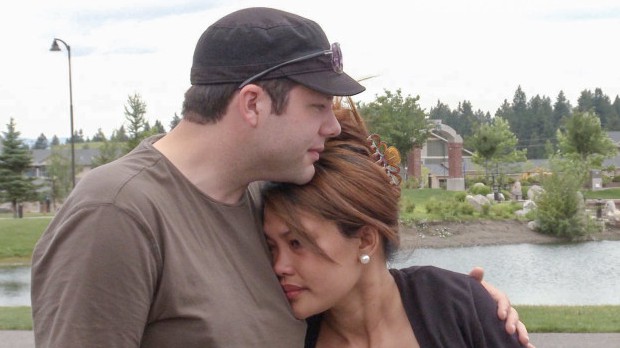 There has been just too much since the last GRTFL column. On Vanderpump Rules we have a controversial accusation of adultery by dick motorboating, MTV has announced some details about The Challenge season, and I have become somewhat obsessed with the weird (and sort of evil) 90 Day Fiance. However, before we get to that we have to acknowledge the passing of Real World: New Orleans and The Challenge cast member Ryan Knight.

Just days after the death of Challenge stalwart Diem Brown came the news about Knight. On both Real World and The Challenge, Knight was witty, captivating, and thoroughly entertaining. The upcoming season of The Challenge will be dedicated to Diem and Knight and will premiere January 6. Here at GRTFL Headquarters, we are very grateful that Diem and Knight shared their lives with us the way they did and we offer condolences to all that they shared their lives with off camera.

Now, back to the column.

A Right Reasons Investigation: The Case of the Motorboated Dick

This week on Vanderpump Rules there was a serious accusation: Jax and Scheana both claimed that Katie was at a bar and motorboated a dick that was not that of her boyfriend Tom. This whole saga consisted of so many questionable facts, unbelievable accounts, confusing logistics, and shoddy defenses that there is really only one way to unpack all of the details: Serial style. Since every single podcasting entity in the world will have some sort of Serial copycat product in the next six months, Juliet Litman and I decided to try to be the first. However, instead of going on a deep dive in a case where someone is accused of, you know, murder, we investigate the case of someone accused of dick-motorboating. Enjoy:

If you are a U.S. citizen and “you intend to marry within 90 days of your fiancé(e) entering the United States” your fiancé(e) will receive a 90-day visa to legally be in the country. 90 Day Fiance chronicles six of these couples during this 90-day period in which they must get married or have the non-U.S. citizen return to his or her native land. It has some really good elements for a reality TV show: a ticking clock, a clear resolution, built-in conflict, and, most prominently, the questions “Are these people really in love? Is someone being manipulated? Or are they mutually manipulating each other?” While watching every scene, you are constantly evaluating the validity of their relationship. I’ll spare you the recaps of every single thing you have missed and boil it down to one simple question: “Is their relationship bullshit?” We will now commence the first ever 90 Day Fiance “Relationship or Citizenship” Power Rankings. The below couples are ranked from least bullshit to most bullshit. 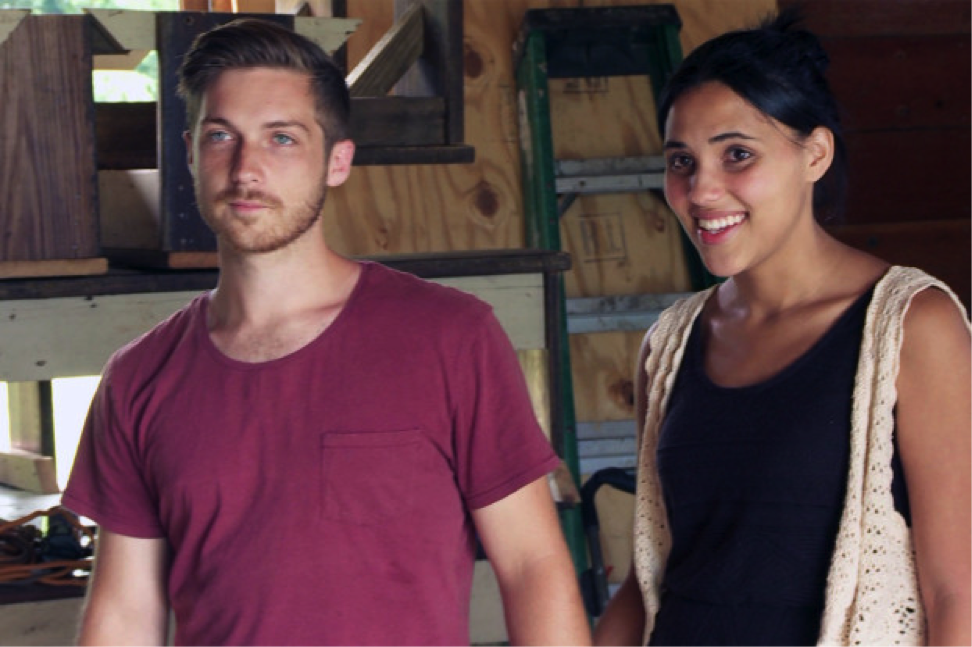 Quick Summary: Danny and Amy met while studying abroad in Australia, found love, and got engaged. While their love seems legitimate, so does his suffocating family, her difficulty adjusting to the idea of life in America, and the fact that they may not know each other well enough to commit to a lifelong partnership.

Who Is More Attractive? They are actually both quite good-looking. Bonus points for Amy for having good style (although there have been some questionable hair choices).

The Case for Them Actually Being in Love: They have a real connection, they seem to be in the same stage in life, and the only things that trouble their relationship are external forces (read: his family).

The Case Against Them Actually Being in Love: They have never slept in the same bed, they met studying abroad (which is about as non–real life as it gets), and she simply seems too smart/mature/cultured for him. Keep in mind, this is the least bullshit couple of the bunch. 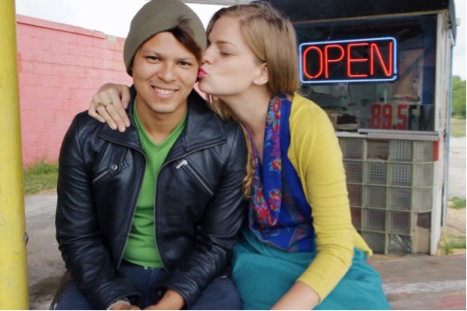 Quick Summary: Chelsea was in Nicaragua teaching English, met Yamir, fell in love, and then got engaged.

Who Is More Attractive? He is, but only because he is a musician. Even though it technically has nothing to do with your physical appearance, being a musician bumps you up one point on a 10-point scale.

The Case for Them Actually Being in Love: When they are in scenes together, you can feel the validity of the connection between them. They really care for each other. Like Danny and Amy, the only things that stand in their way are external.

The Case Against Them Actually Being in Love: When I say “the only things that stand in their way are external,” I am talking about minor things, like the fact that he is devastated because he was the Justin Timberlake of Nicaragua and now he has no career. Oh yeah, and the fact that he doesn’t speak English. And the fact that she lives in the middle of nowhere and he hates it. Aside from that, they should be fine. 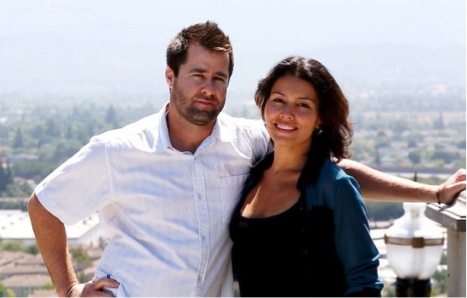 Quick Summary: These two are rarely on the show because they’re boring, so I don’t have much on them. My bad.

Who Is More Attractive? She is.

The Case Against Them Actually Being in Love: He didn’t tell his family he was engaged, he doesn’t want his family at the wedding, and he plans to just “show up married one day.” What could go wrong? 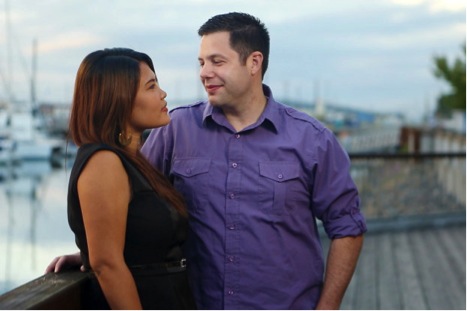 Quick Summary: Now we’re getting to the good stuff! These two met online, he flew to Manila to meet her, they got engaged, and now she has to adjust to life in America and being a mother.

Who Is More Attractive? She is. Basically, I added this category to highlight that the international party in the engagement is always the better-looking one.

The Case for Them Actually Being in Love: Um. Next Question?

The Case Against Them Actually Being in Love: With cameras following her for a nationally televised show, she went to a jewelry store to get the diamond in her engagement ring verified because she “didn’t want to embarrass him.” 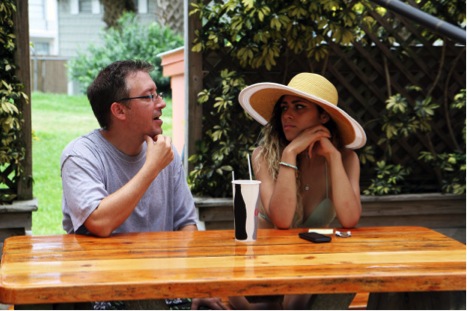 Quick Summary: She is a hot, young Brazilian with dreams of becoming a famous bikini model. He is a middle-aged normcorer who sells shit on eBay for a living. What could go wrong?

Who Is More Attractive? Please.

The Case for Them Actually Being in Love: Honestly — and I truly believe this — these two might both be so fucking crazy that there’s a chance it will work. But only because neither has a real grasp on what is happening in the objective reality that the rest of us share.

The Case Against Them Actually Being in Love: They met because she was (online) dating his friend, they have nothing in common, they live with his dad, and when she got mad at him for owning a Playboy (WHAT?) he told her he didn’t get rid of it because he could sell it online for a couple of bucks (WHAT?). See what I mean when I say they both might just be crazy enough to make this work? 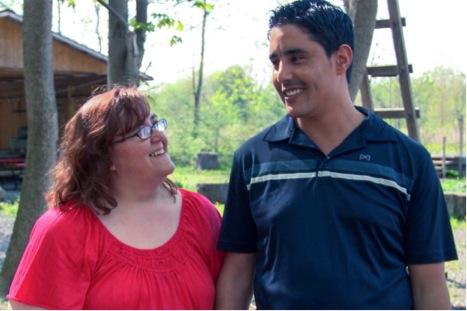 Not-So-Quick Summary: There is nothing more depressing than watching these two on your television. Fine, I’m exaggerating, but you get it. The way that she financially and emotionally extends herself for Mohamed’s (clearly unrequited) love is disturbing. Last episode, her son just straight-up said he doesn’t think Mohamed loves her. And that was before the episode ended with her sheepishly telling Mohamed she had lost her job amid serious financial concerns as they plan their wedding.

There are some people you see on reality television that you feel like you shouldn’t be watching. Danielle is one of those people. She has issues that will not be helped by a production crew following her every move. There’s a dirty feeling you get when you see her onscreen. You feel like you are seeing someone be exploited. You can laugh at the misfortunes of Jax behind the bar, but your conscience won’t let you laugh at Danielle and Mohamed. This whole thing is bumming me out. Can we talk about Top Chef?

In my opinion, the best episode of every Top Chef season is “Restaurant Wars.” This is the episode when the chefs are split into two groups, given a huge, empty space, and tasked with conceiving, designing, and executing a functional restaurant in two days. As they were doing so, something dawned on me: They aren’t making a restaurant. They’re making a wedding.

Anyone who has planned a wedding knows the process entails taking a huge, empty space, choosing a theme, selecting colors, renting those cheap chairs and tables, inviting a bunch of people, and then hoping no one notices the mass-produced food is shitty. That is exactly what they are doing during “Restaurant Wars.” Just wanted to point that out.

That’s all from me this week, but make sure to check out next week for the third annual BACHELOR BIO BREAKDOWN! That’s right, the bios are out and we will be analyzing the shit out of them both in this column and on the podcast. Until then, be careful not to motorboat any dicks, listen to The Right Reasons, and, as always, enjoy your weekend.

‘Do You Like Prince Movies?’ Podcast: ‘The Comeback,’ Hozier, and the Ruffalo Awards for Underrated Acting Performances

Theories of Everything: Why ‘Interstellar,’ ‘The Imitation Game,’ and the Year’s Other Science-Driven Movies Can’t Stop Explaining Themselves