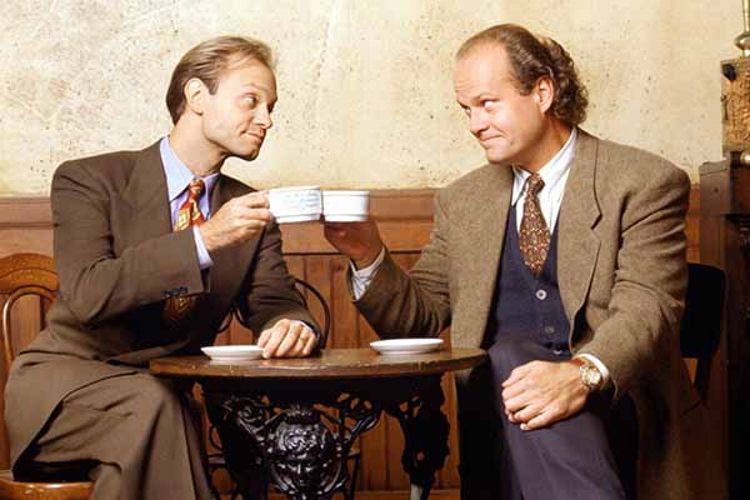 Our original plan had been to just talk about the ’90s NBC sitcom Frasier straight through this week’s hour for no particular reason, but the nostalgia gods granted us the humblest of current-day reasons to do so: this cast reunion in Entertainment Weekly! Seriously, though, we do spend a lot of time on the couch with the Cranes this week, including not one but TWO attempts at improvised a cappella of the theme song, so you’ve been warned. We also find time to talk about this season of Eastbound & Down and Katy Perry’s recently leaked album Prism, which is not nearly as immaculate as its promotion has been, it turns out. Oh baby, we hear the John Mayer blues a-callin’.