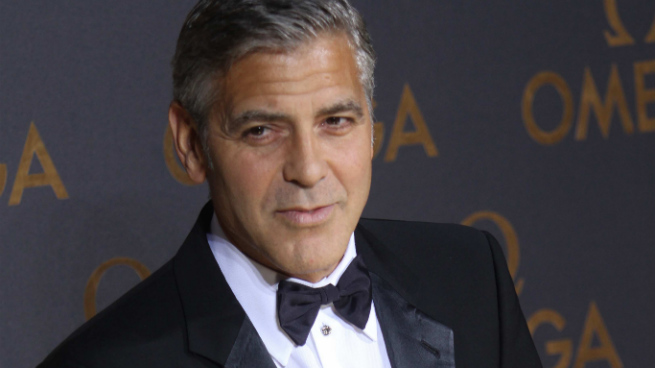 It’s probably way too soon to dramatize the ugly Hollywood-wide nude photo heist that just went down, but a different ripped-from-the-headlines hacking story will be coming to the big screen, courtesy of George Clooney. To the U.K., specifically, where an immense phone-hacking scandal began unfolding in 2011. The movie, which will be Clooney’s sixth as director, will adapt Hack Attack: The Inside Story of How the Truth Caught Up with Rupert Murdoch, a new 448-page book by Nick Davies, a veteran investigative journalist and author. The controversy led to the 168-year-old News of the World shutting down; a number of high-level resignations, firings, and arrests followed.

“This has all the elements — lying, corruption, blackmail — at the highest levels of government by the biggest newspaper in London,” Clooney says of the project. “And the fact that it’s true is the best part. Nick is a brave and stubborn reporter and we consider it an honor to put his book to film.” Clooney’s directorial work has pulled almost exclusively from actual events, most recently with The Monuments Men. His Oscar-winning producing partner, Grant Heslov, is also onboard for Hack Attack.

Nick Davies spent six years reporting on Rupert Murdoch’s News Corporation and News International, which tapped into the phones and voice mails of government officials, Buckingham Palace staff, celebrities, and average citizens. The scandal also included police bribery and burglaries, all in the name of newspaper scoops. Hack Attack‘s jacket copy promises “an intimate portrait of the social network that gave Murdoch privileged access to government, and allowed him and his lieutenants to intimidate anyone who stood up to them.” Lock in Fred Armisen as Rupert Murdoch and this could be Clooney’s best work since Good Night, and Good Luck.