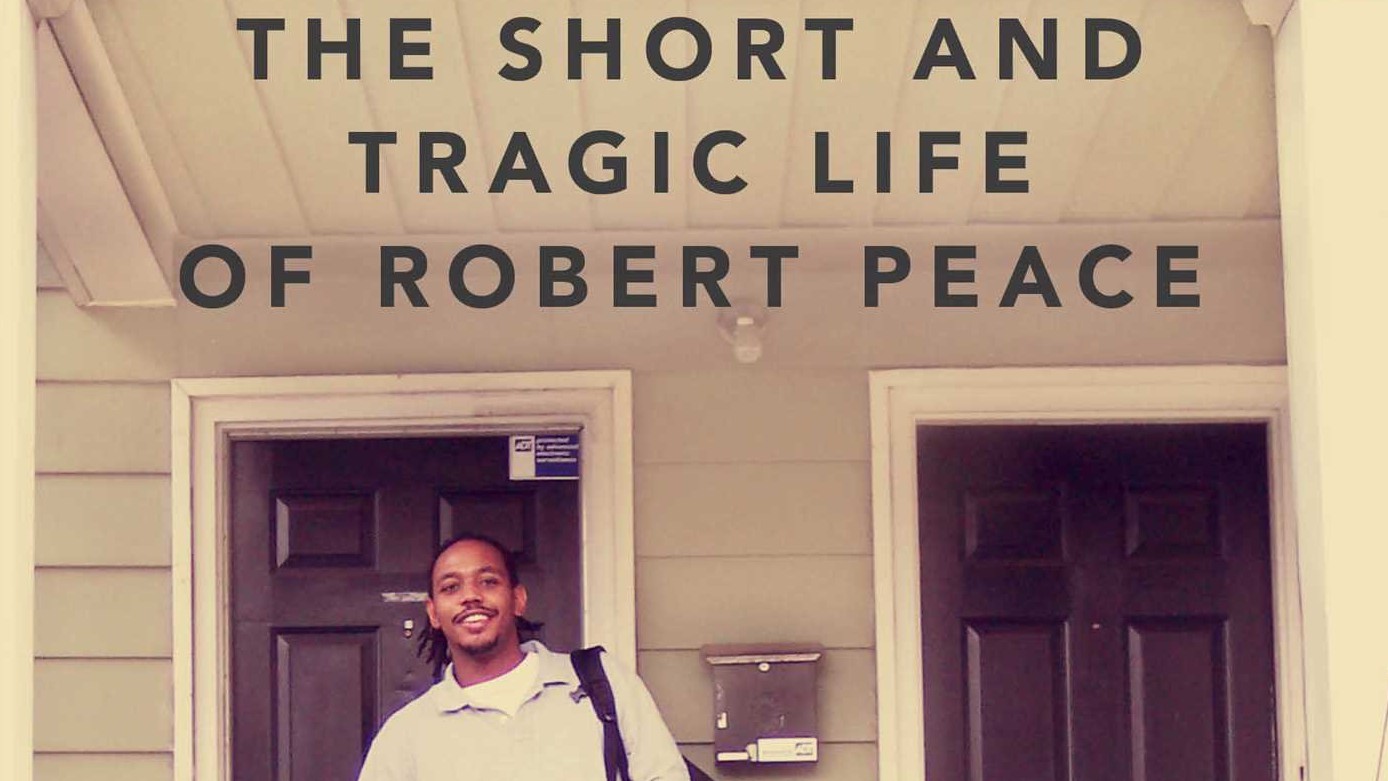 Two weeks ago, the New York Times ran a controversial profile of Michael Brown. Writer John Eligon drew criticism for painting Brown in an unflattering light, as he revealed several of the 18-year-old’s petty transgressions that occurred just before his death. Eligon wrote that Brown was “no angel,” a phrasing that drew criticism for being tasteless, given the potential insinuation that Brown deserved to die.

The article makes more missteps than just the “no angel” line, but the profile’s intention was to present a more nuanced portrait of Brown. On the whole, the teenager’s depiction is mostly positive. We see glimpses of a smart young man who occasionally made mistakes (as all teenagers do); by pointing out Brown’s minor flaws, Eligon attempts to humanize him in a way that the symbolic but faceless coverage of his death has yet to do.

The greater lesson from Eligon’s profile: It shows how difficult it can be to write about a tragic figure with any sort of nuance. (Margaret Sullivan, the public editor at the Times who defended the piece, still called the word choice of “no angel” a “regrettable mistake.”) Maybe the space of a newspaper article isn’t enough to craft an empathetic portrait; perhaps there isn’t enough time in the news cycle to do a dead man justice.

Eligon’s intentions are much better borne out through Jeff Hobbs’s The Short and Tragic Life of Robert Peace, a devastating nonfiction narrative featuring meticulous research, a bit of sociology, and strong personal narrative.

There are tragic parallels to Michael Brown — both were bright, young black men who were killed violently — but Peace’s story is relatively unknown. He grew up in Newark, New Jersey, in the ’80s, a time when the city was crime-ridden and impoverished. By the time Peace had turned 7, his father was convicted of murder based on suspicious evidence, and his mother was raising him on her annual salary of $15,000. From then, Peace became the caretaker of his home and his community. He worked hard to support his family both emotionally and financially; as he got older, Peace was a straight-A student and star athlete.

Author Jeff Hobbs enters the picture when Peace arrives at Yale University. The two are roommates, and almost immediately, Peace feels out of place. The Ivy League school is an institution of wealth and privilege, and even among Peace’s black classmates, he feels out of sorts when none of his classmates deal with the same financial burdens as he does. (At one point, Peace teases his roommate Ty for his $300 FUBU jacket, noting “the ‘For Us’ part of the slogan did not apply to poor black people.”) But despite his continued academic success, Peace has a hard time making tuition payments, so he starts dealing weed.

Though there are many moments when Hobbs inserts himself into the book, the autobiographical aspects serve to illustrate the author’s admiration of Hobbs and the distance between them. “Whether out of sensitivity or amusement, Rob never clued me in to the fact that … we hailed from different worlds, different families, different perspectives — different everything,” Hobbs writes.

Hobbs should also be credited for writing a book so close to the subject while maintaining just the right distance. He’s careful to avoid any narrative appropriation by keeping himself largely in the margins. Through and through, this is Peace’s story, and it’s a devastating one.

The Yale administration eventually catches Peace selling marijuana, but chooses to not take any punitive action as long as he stops. Rather than be discouraged, the slap on the wrist he receives only emboldens him. “It looks bad for the university if someone like me goes down like that,” Peace says. “They don’t want to mess around with it.” Peace isn’t speaking from a place of hubris. It’s a survival instinct, and this is what separates him from the rest of his classmates: Peace has spent his entire life surviving.

After college, Peace returns to his community in Newark and takes a job teaching biology at his former high school. Though he becomes a good teacher and a venerable pillar of his community, Peace finds that his Ivy League education has created a barrier between him and the Newark he grew up in. In response to a complaint, his girlfriend says, “Woe is Rob Peace! You went to Yale.” Peace, who always has a quick response, can only muster a defeated “Yeah, I know.”

Peace’s employment becomes inconsistent over the next eight years. After his teaching stint ends, he works on the tarmac at the Newark Airport, then afterward makes a go at real estate. When he finally resigns himself to pursuing a career relating to his molecular biochemistry and biophysics degree, it is already too late: Like many college grads, Peace is overeducated and underskilled. He puts his science education to work bringing a better strain of marijuana to market.

It is a strange and unfortunate trap that Peace has fallen into, but one that is, at the same time, not uncommon. After college, a lot of students take time to figure out what they want to do, but many of them have the luxury to do that. Peace never had that safety net. The title of the book obviously forecasts a sad ending, but it’s horrible to read nonetheless.

Robert Peace is never held as a lens for a greater tragedy, at least not explicitly. The narrow focus Hobbs keeps on Peace’s life is, at times, at odds with the bigger-picture issues of race and class in the U.S. But this dissonance between the text and the reader is deliberate; Hobbs lets the reader fill in those implications.

The narrative is framed early on by a book report that Peace turns in for his grade school English class about Lord of the Flies. Almost presciently, Peace describes the conflict of the novel as both “Man vs. Man and Man vs. Himself, because the boys fought each other and the savages within themselves.” After his death, Peace’s friends would lament that he was “so fucking smart, but so fucking dumb.”

Though the situations were very different, reading The Short and Tragic Life of Robert Peace has been particularly powerful for me in the wake of Michael Brown’s death. Not all deaths are the same — and certainly the circumstances of Brown’s and Peace’s killings are very different — but they are reminders of the systemic problems that continue to claim the lives of young black men. Given those problems, I can hardly think of a book that feels more necessary, relevant, and urgent.

Apocalypse Highbrow: Emily St. John Mandel’s Station Eleven is perhaps the most literary apocalypse novel ever penned. After the Georgia Flu kills 99 percent of the world’s population, mankind struggles to find meaning in its continued existence. The novel jumps around in time, but its central plotlines follow a movie star before the pandemic and a roaming theater troupe called the Traveling Symphony that performs Shakespeare after the world ends. Lettered on the side of the lead caravan of the Traveling Symphony is the phrase Because survival is insufficient — a maxim that motivates the company and the heart of this novel. Station Eleven is about how the existence of art can seem frivolous in the face of extinction, but at the same time, questions the point of living without art. For Mandel, the perseverance of art is in itself a form of immortality. “First we only want to be seen,” Mandel writes, “but once we’re seen, that’s not enough anymore. After that, we want to be remembered.”

Dating Data: “Data science is trying to make digital sense of the analog world.” If there is a more concise (or romantic) notion of what big data is, I have yet to hear it. In Dataclysm: Who We Are (When We Think No One’s Looking), founder and data dude at dating site OkCupid Christian Rudder is fascinated by the discrepancy between how we act publicly and privately. Online dating is interesting because the creation of a profile is a deliberately public, performative action. At the same time, the way users interact with dating sites reveals some of their most private desires. With vast swaths of data, Rudder explores the social dynamics of Facebook “likes,” attraction across gender and race, and why Belle and Sebastian is the whitest band. If you’re not afraid of a few charts and graphs, Dataclysm is a tremendous read for those curious about human behavior.

Laughter From Death: Caitlin Doughty is best known for her YouTube series Ask a Mortician, and she brings the same charisma and drollery to her essay collection Smoke Gets in Your Eyes. Think Sloane Crosley meets Six Feet Under (in fact, Doughty writes about being obsessed with Six Feet Under). Doughty reveals that being a mortician is literally grotesque. In an early essay, Doughty equates dead bodies with Puppy Surprise, a stuffed toy from the ’90s that young girls could open to find “three, four, or five” smaller stuffed puppies (here, watch this ad). “Every time you opened the [coffin] you could find anything from a ninety-five-year-old woman who died peacefully under home hospice care to a thirty-year-old man they found in his backyard after eight days of putrefaction,” she says. “Each person was a new adventure.” After confronting mortality day in and day out, Doughty becomes more philosophical about her job. Evoking Kafka, she writes that “the meaning of life is that it ends.” Everything must come to an end; it’s just a shame this book eventually does too.

Filed Under: Books, Jeff Hobbs, The Short and Tragic Life of Robert Peace, Books of the month