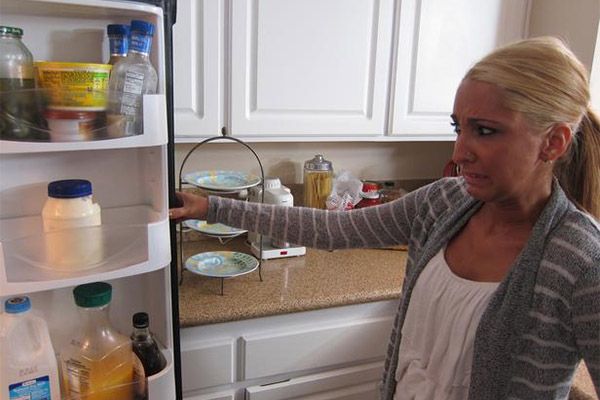 Who Is This Now? Shiseido.

Why Are We Watching Her? She’s seeking help for her crippling mayonnaise phobia.

How Did She Get Here? What initially made her fear mayonnaise is never established. The closest she gets to an explanation of why is that she thinks if she eats some, “it’s going to wrap [her] insides.”

What’s the Grossest Thing We See? A therapist encourages Shiseido to face her fear through exposure therapy — dealing directly with mayonnaise to prove to herself that it’s not actually going to kill her. The therapist has Shiseido make mayonnaise, then spread some on a piece of bread, then smear a bunch on the therapist’s arm. Finally, Shiseido must put her hand in the bowl of mayonnaise and let the therapist basically coat Shiseido’s hand with it. Even if you’re mayonnaise-neutral or pro-mayonnaise, that might not be something you’d want to do.

What Have We Learned? If you’re petrified of mayonnaise, and you feel restaurants won’t honor your request not to put any mayonnaise on your food, just … don’t order sandwiches?

Who Is This Now? Andy.

Why Are We Watching Him? Against all imaginable odds, he survived a penetrating injury to his face and neck.

How Did He Get Here? Though he has no memory of the terrible car accident in which he sustained his injury, his best guess is that he got hungry in the middle of the night, went to get a burger, and fell asleep on the drive back, whereupon he struck a fence and ended up impaled on an 11.5-foot metal fence post, which entered through his mouth, came out the back of his neck, and stopped its progress only when it smashed through the rear window of his car.

What’s the Grossest Thing We See? Because the injury is so extraordinary, surgeons filmed the operation to remove the pole (that is, the 2.5-foot piece of pole that remained in Andy’s face when he got to the trauma center after EMTs on the scene removed the rest of it). So we see the aftermath of Andy’s surgeon making an incision that starts behind his ear and curves around to the front of his neck; we also see the pole in the middle of Andy’s neck meat. After surgeons successfully remove the pole from Andy’s head without rupturing any blood vessels, the plastic surgeon takes over: “His entire right side of his upper jaw was gone. There was a hole between his mouth and his nose, and his mouth and his sinus cavity, going back … I spent the better part of an hour picking pieces of bone and teeth out of where Andy’s upper jaw had previously been.” And we get a nice juicy still of Andy’s face: There’s a big hole in it where half his jaw used to be.

What Have We Learned? For God’s sake, don’t drive sleepy.

Who Is This Now? Courtney Stodden.

Why Are We Watching Her? She and her much-older husband, actor Doug Hutchison, have entered in-patient therapy to help tune up their marriage.

How Did She Get Here? Because of the 35-year age difference between himself and his wife, Doug’s mother and brother have cut him out of their lives, which means that Courtney is Doug’s whole family — a situation that places an inordinate amount of pressure on their relationship.

What’s the Grossest Thing We See? You guys, I don’t even know where Courtney is finding the hot pants she wears in this episode (always paired with Lucite platform heels, obviously), but they are not appropriate for therapy, or for lounging around by the pool, or for dinner.

What Have We Learned? When the founding editor of TheDirty.com is the one telling you that your wardrobe is outside the bounds of social decency, you have some serious thinking to do.

Who Is This Now? Tyke.

Why Are We Watching Him? We’re learning about the efforts taken by Tyke’s trainer, Liliane, to bring him into line and teach him how to be a good puppy.

How Did He Get Here? Two years ago, Tyke was a woman named Jen. Then Jen met Liliane, who helped her to express herself as a puppy, an activity Jen undertakes at least two to four hours a day, but sometimes the whole day. Jen also sleeps in a dog cage whether she’s in Tyke gear or not.

What Have We Learned? Evidence that this sort of thing is tolerated in public is just the latest reason San Francisco is one of the worst places on Earth. (The very next segment in this episode of Taboo is about a couple of absolutely filthy freegans who eat food out of the garbage and teach “free intimacy workshops” on a tarp in one of San Francisco’s public parks, so basically I rest my case.)

Who Is This Now? Bennie.

Why Are We Watching Him? His parole officer, Gerald, has doubts about whether Bennie’s keeping himself out of trouble since his release from prison.

How Did He Get Here? Bennie served a 15-year sentence for rape.

What’s the Grossest Thing We See? Bennie matter-of-factly tells the story of the crime that led to his conviction: He was in a gang, some members of which (including Bennie) tried to rob a 17-year-old girl. She didn’t have any money, so they raped her. The narrator describes her rape as “a choice that Bennie says saved her life.”

What Have We Learned? Don’t try to BS Gerald about where you’re staying, because he will violate your ass in a hot second.

Who Is This Now? Charity.

Why Are We Watching Her? She’s five months pregnant and keeping that fact a secret from her parents.

How Did She Get Here? Charity already has five sons (the oldest of whom is only 8), and due to financial constraints they rely a lot on her parents for help. The reason Charity is hesitating about telling her parents about her latest pregnancy is that she’s afraid her parents will cut them off for being financially irresponsible.

What’s the Grossest Thing We See? Charity says that she and her husband, Patrick, have kept having more kids — to their own economic detriment — because they want a girl. Charity’s had five C-sections already, so her doctor didn’t even want her to see this sixth pregnancy to term. Now that she’s decided she’s going to, this will have to be her last pregnancy. So when the ultrasound reveals that baby no. 6 is also a boy, Patrick and Charity are visibly disappointed; Charity actually cries. Which I guess is the sort of response one should expect from two people so emotionally immature that they would decide that the childish wish to have a daughter outweighs the imperative to manage their finances responsibly, but still.

What Have We Learned? Given that when Charity finally tells her parents about her sixth pregnancy, they are very accepting and kind about it, the main lesson here is that when you have to deliver some potentially upsetting news, you should have a DFH camera crew behind you to keep them from freaking out.

Who Is This Now? Millie.

Why Are We Watching Her? Her 17-year-old daughter Chelsea has given her an ultimatum: She must either clean up her hoarded house so that Chelsea can live with her again, or Chelsea will sever their relationship.

How Did She Get Here? Millie blames her hoarding tendencies — she doesn’t consider herself a full-blown hoarder — on having to grow up too soon and take care of her sisters when her mother fell ill. Her current accumulation of things is, she thinks, her rebellion against the self-denial she experienced in her youth.

What’s the Grossest Thing We See? During cleanup, it comes out that Millie has refused to part with a perfectly unremarkable pebble that was somewhere in her hoard; when her sister Jo Lynn angrily throws it across the yard in protest against Millie’s truculence, Millie screams, “I HAD A PLAN FOR THAT ROCK,” and orders her to leave. The cleanup eventually does get back on track, and Millie even gets a full makeover for her home. At the end of the walk-through of the now-habitable house, therapist Dr. Michael Tompkins produces the contentious pebble and asks Millie to dispose of it as a symbol of her commitment to a new kind of life — and to her daughter Chelsea. Millie’s response? “I REALLY want this rock, and I do resent the behavior that was displayed yesterday.”

What Have We Learned? We’ve learned that Millie is a terrible mother/person. Millie hasn’t learned a damn thing.

The Top 10 Songs … Played at Funerals!