Freak Show & Tell: No Use Crying Over Sold-Out Wet Wipes 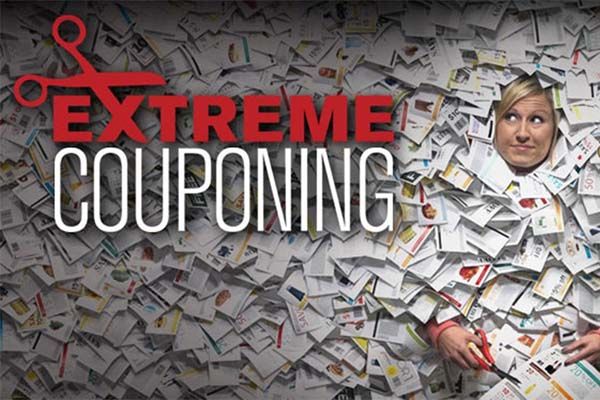 Who Is This Now? Jess.

Why Are We Watching Her? She’s heavy into coupons.

How Did She Get Here? She used to be addicted to clothes shopping, spending $1,000 a month on clothing, until her husband Josh told her that they couldn’t afford it. “I had to trade addictions,” she says.

What’s the Grossest Thing We See? Jess’s stockpile has now taken over not just the family’s living room — Jess says she wants it to be the first thing guests see when they enter her house — but the rest of the home, to the point that her son says he no longer has anywhere to do his homework. So while Josh doesn’t want to deny Jess the pleasure of coupon shopping, he suggests that, since they no longer have any space to put more stuff, she should donate her next haul to charity. Jess agrees … kind of. As they shop, she keeps trying to wheedle Josh into letting her bring home particular items they buy rather than give them away. And when she arrives at the cleaning products and sees that a brand of wipes for which she’d cut 120 coupons is sold out, she cries.

What Have We Learned? In Jess’s case, instead of trading addictions, maybe she should have attempted some kind of treatment.

Who Is This Now? Candy.

Why Are We Watching Her? She’s telling us about a recent medical crisis she experienced.

How Did She Get Here? After feeling some lumps during a routine breast self-exam, Candy finds out that she has cysts clustered in both breasts, and has surgery to remove them …

What’s the Grossest Thing We See? … but even though her doctor tells her that everything went well, she wakes up the next day to find pus and blood oozing from her right breast, which is enormously swollen. She goes in for another emergency surgery, to deal with this post-surgical infection, which she’s told is the end of her troubles. Guess what? It’s not. She soon feels a new lump, which feels like half a tennis ball. But she doesn’t want more surgery, so she ignores it for eight weeks, but her description of the situation is unsettling: “It started feeling like I’m growing another breast.” Long story short: Candy now contains two surgical sponges. (I mean, she did. The sponges have since been removed.)

What Have We Learned? You don’t have to be detail-oriented to be a surgeon.

Who Is This Now? BG and Lee.

Why Are We Watching Them? They have hoarded their home past the point of livability.

How Did They Get Here? BG says that being denied things when she was younger made her want to buy them for her children once she had them; this turned into what appears to be a compulsive shopping addiction.

What’s the Grossest Thing We See? Lee and BG — who are both hoarders — are legally separated, but for financial reasons, they continue to reside together in their hoarded house, bickering miserably. So for me to guess that their personal unhappiness has curdled them both into unbearable assholes is actually the charitable explanation for how disagreeable they are to the people who’ve come to help them clean out their house; that they were always like this is, of course, also possible. Anyway, BG and Lee are the grossest thing we see: giving up virtually nothing, fighting with each other through Dr. Robin Zasio, the therapist on site, and being rude to sweet, saintly organizer Dorothy Breininger.

What Have We Learned? We have learned that, due to its community property laws, California is a bad place to get married without a prenup. BG — who responds to her reorganized living room (the only room the team was actually able to straighten up, due to how much junk the couple insisted upon keeping) by saying it needs to have furniture brought back in because it’s “pretty barren” and that she intends to resume leaving crap on the stairs (an obvious safety hazard) because, to her, it looks “pretty lonely” — has learned absolutely nothing.

Tara Ariano would probably cry if she found herself in line at the supermarket behind someone with 120 coupons.

Filed Under: Hoarders, Monsters Inside Me, Reality TV, The Lunatic Channels, TLC