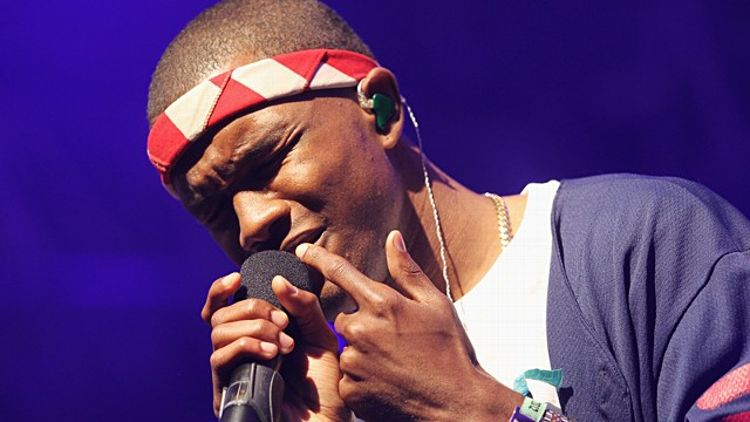 A few things about this song:

All of these aspects of “Pyramids” are important as far as its staying power, but none of them are what stood out the most. What did?

In a perfect world, after we find a way to make sure there are no more bad songs, the void that is left behind is filled with a bunch of great, 7-to-13-minute songs. While I don’t see this happening anytime soon (there are just so many bad songs), occasionally a lengthy, multilayered, roller coaster ride of a song comes along that allows us to forget about all the trash. Yes, purely looking at a song’s number of minutes and seconds can, at times, be daunting (like when Khaled Khaled decides to round up everyone in his Google+ circle for a remix), but sometimes it isn’t, and we get that rare, epic, beautiful song that organically pushes beyond the five-minute mark, frequently with distinct sections that function more like acts in a play than verses in a song. Led Zeppelin’s “Stairway to Heaven,” clocking it at 8:02, is the classic example of an artist’s seemingly never-ending magnum opus, with The Doors’ “The End” (11:40), Lynyrd Skynyrd’s “Free Bird” (9:10), The Who’s “Won’t Get Fooled Again” (8:33), CSNY’s “Suite: Judy Blue Eyes” (7:28), The Rolling Stones’ “Sympathy for the Devil” (6:18), Guns N’ Roses’ “Sweet Child O’ Mine” (5:56), and Queen’s “Bohemian Rhapsody” (5:54) also serving as timeless examples.

All of the above are rock standards — not surprising, since “jamming out” on minute-long instrumental breaks is easier to pull off for a band than for a solo singer or rapper. But these long tracks haven’t been solely reserved for those with guitars, drums, and vocals. Curtis Mayfield — “Move On Up” is nine minutes, “(Don’t Worry) If There’s A Hell Below, We’re All Going To Go” is nearly eight — and most notably, Isaac Hayes — “Walk On By” and “I Stand Accused” both hover around the 12-minute mark — were repeat offenders, with Hayes often not hitting his seduction stride until the 10-minute mark (case in point, “Do Your Thing,” which clocks in at 19:30). As time progressed, the R&B/pop ballad became a more welcoming space for long singles, from Prince’s “Purple Rain” (8:41) to Michael Jackson’s “Man in the Mirror” (5:18).

Looking back on these classics, it almost seems as if each artist understood the legitimization that came with successfully producing a comparatively long piece of work. If done well, it served as an important way to distinguish themselves from their peers. To be able to hold an audience’s attention for that amount of time is no easy task, so figuring it out says something about the quality of artist and the product that they’ve produced. Yes, Michael Jackson and Prince have a treasure trove of classics to choose from, but the presence of a few of those long, highly emotional songs in their respective catalogs is crucial to their overall legacy.

The need to produce this type of song has seemed to fade over the past two decades, especially in the genre of hip-hop. Again, it’s not completely nonexistent, but it’s a rare feat with only a few popular artists identifiable as repeat, successful offenders. When it comes down to it, there’s Outkast and then there’s Kanye West.

With 1998’s Aquemini, Big Boi and Andre took rap in a fantastically weird direction that no one was prepared for. The album did have songs that were radio-friendly, most notably “Rosa Parks,” but two of the main reasons that, in my mind, it will always be the Outkast album is the spoken word and trumpet tour de force “SpottieOttieDopaliscious” (7:07) and the socially relevant “Liberation” (8:46) with the help of Cee-Lo, Erykah Badu, and Big Rube. While it’s easy to categorize them as “hip-hop” because the tracks landed on an Outkast album, labeling these songs is a waste of time because at the end of the day, they’re simply really great, genre-less, long pieces of music. The same could be said about Kanye West — “Say You Will” (6:18) from 808s and Heartbreak and “Runaway” (9:08) from My Beautiful Dark Twisted Fantasy. The former opens and sets the tone for the entire album, while the latter is the climax after an eight-song buildup, as well the standout track to his standout album.

I don’t think it’s a mere coincidence that two of the genre’s most uniquely trailblazing artists — men who have made careers on thinking (and behaving) outside of the box and were initially shunned for it — are two of the few that have been able to pull off this rare feat in hip-hop.

And now we end where we began, with Frank.

In some ways, the release of this song is surprising, because it’s simply so different than everything else out, but in other ways, he’s the perfect candidate to follow in the footsteps of an Outkast or a Kanye West. He’s a mysterious crooner that has surrounded himself by loud, in-your-face rappers; he’s an introvert in a sea of young, rich, popular, male extroverts; and with a few songs in his young career, he’s already given the public evidence that he might have the tools to be a generation-defining artist, and not simply a guy that can sing well. We’ll see.