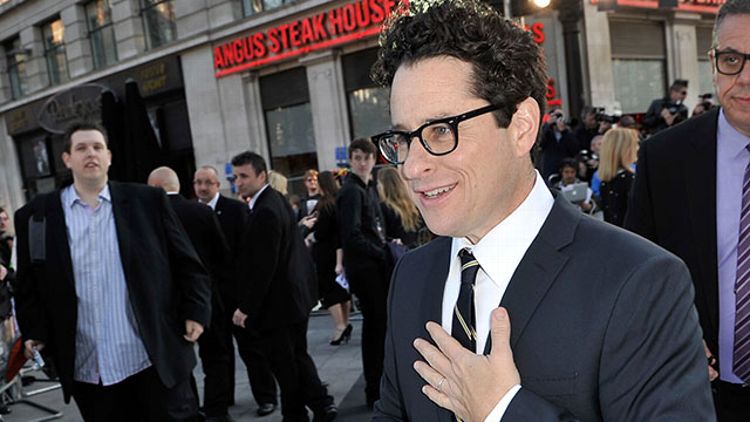 Not a whole lot went down on the Star Wars beat during the past couple of weeks while I was off ForceWatch duty, but I of course did not account for the fanatical, accelerated rumor mill that is the San Diego Comic Book Convention. To make a short story shorter: This Monday, Badass Digest’s Devin Faraci reported that he had been hearing talk of a certain director dropping out of a certain borderline-religious-hysteria-inducing film reboot, which would obviously be the biggest bombshell to drop since the announcement that he had signed on to it.

… why is it that I keep hearing tons of rumors that JJ Abrams is on the verge of dropping out of Star Wars? This has been something I’ve heard for a while now, and from multiple insiders. I know that he didn’t want to shoot the movie in England and was overruled, but that happened a while ago. This weekend at Comic Con I continued to hear these whispers. No director for Trek 3 has been found yet — might Abrams end up coming back after all, leaving Star Wars to someone else?

Faraci later edited his post to add an emphasis on the word “rumor,” but on the Internet, rumors tend to affect reality the exact same way facts do, and the panic had already set in deeply enough to prompt Lucasfilm to issue a statement denying the report. “There is no truth to the rumor,” Lucasfilm said in the Monday release. “J.J. is having a great time working on the script and is looking forward to going into production next year.”

I mean, let’s be a little real, though — this has to be one of the most stressful entertainment-related jobs to take on right now, especially for someone with such reverence for its legacy, which Abrams, despite all the shit I give him here, obviously has. Despite the process being a once-in-a-lifetime, unforgettable experience, I sincerely doubt that Abrams would characterize it as a “great time.” And he has actually been directly quoted about his dissatisfaction with the film’s production location and how moving his family to the U.K. is an extremely difficult prospect for him. I obviously don’t know enough about Abrams’s personality to determine whether he would be the kind of director to walk on a project because they wouldn’t cater to his personal demands, but as Faraci and everyone else watching this story has noted, many of our questions will be answered this weekend during the gigantic Star Wars Celebration in Germany.

And yes, about that Celebration: It starts this Thursday in Essen, Germany, pretty much everyone with any connection to the Star Wars universe will be there, and there are strong rumors of some big announcements coming from the Lucasfilm production house — a title is expected to be revealed, in addition to possible casting announcements and production art. If you care, you’ve already got every Google alert set up; otherwise, I’ll be firing up the Rebel Insignia spotlight as soon as there’s news. Waiting to find out the name of something while making jokes on Twitter will go down in history as the great Internet pastime of 2013.