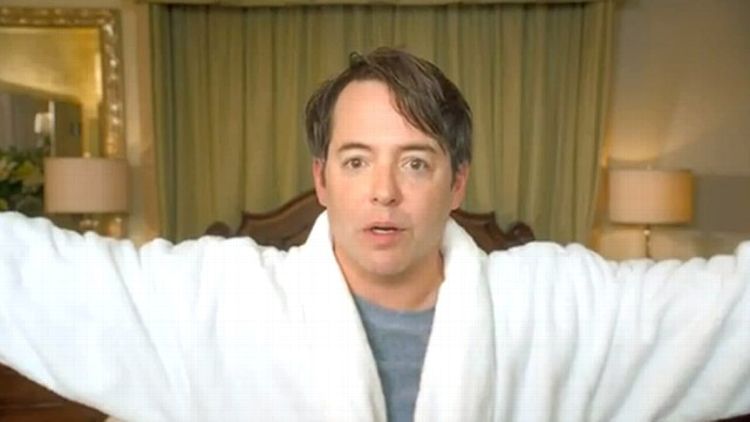 So here it is: The full version of the upcoming Super Bowl commercial in which Matthew Broderick, for reasons that are probably no more complicated than “it sounded kind of fun, and I was paid all the remaining money in the world,” uses one of the most beloved characters in movie history to sell some Honda CR-Vs. This is the part where we’re supposed to feel outraged, betrayed, our collective childhoods thoroughly diddled by the handsy uncle of commerce. You, sir, are acting in a manner unfit for the Sausage King of Chicago!

But, really, is anyone upset? (You know, besides pretty much everyone on Twitter.) Ducky spent the better part of his forties helping Wild Thing bury hookers in the desert. If Lloyd Dobler had the time, you’d give him your heart and he’d give you a Pilot G2 Retractable Gel Ink Roller Ball. And Bill Murray is the last thing standing between us and Taylor Lautner* slinging his proton pack into the back of a white Dodge Challenger sportwagon tricked out with a full-chassis “No Slimers” logo wrap. On behalf of the ’80s, we give you permission to let some shit go.

Have fun with it. Or not. The Breakfast Club just stepped out to grab some McGriddles.

[*That being said, this thought just made me incontinent.]