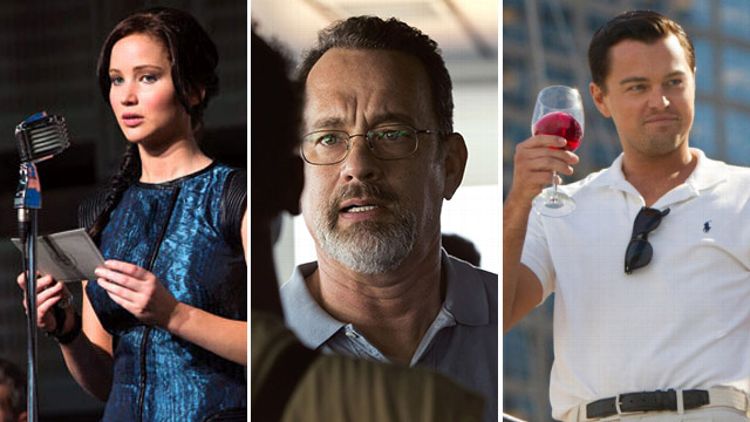 I’m not psychic — stop it; I’m not! — but I’m predicting right now that the summer of 2015 will look vastly different from the one we just suffered through. (Summer of 2014 is pretty much all booked. Sorry.) There will certainly be your Batman-Superman mega-movies, but I’m guessing there will be fewer of them than there have been in the past. Setting aside the box-office numbers (the summer appears to have been a success), the art itself was pretty monochromatic.

Complaints about the summer of 2013’s sameness — Earth destroyed and abandoned once, twice, 10 times; even in comedies — were being logged as early as April, when Oblivion opened. By the end of June we were wiped out. Not so much by homogeneous plots, but homogeneous scale. We’re eating a lot of $200 million movies these days, far exceeding our recommended seasonal allowance. Every week it was a porterhouse and sometimes all that steak makes you want just a salad. Pacing and variety are important. What if summers were programmed to look more like fall and winter?

This fall begins outright on Friday, with Vin Diesel in … Riddick. It’s not the most illustrative example of diversifying your season: Diesel in the third installment of a vaguely popular science fiction series. But the same day brings a documentary about J.D. Salinger (called Salinger). For a work of speculative nonfiction about a dead author, its aggressive promotion has reached blockbuster levels. But looking out to December, what you see is a movie industry that’s far more imaginative and less acutely cynical about scheduling. These four months aren’t cynicism-free: Once again, any film that’s remotely “adult” has been retained for the purposes of awards credibility, but they do look far better than what has come before.

That would be stuff like Tom Hanks captured by Somali pirates in Paul Greengrass’s Captain Phillips (October 11), or Hanks as Walt Disney and Emma Thompson as the Mary Poppins author P.L. Travers in Saving Mr. Banks (December 20); Chiwetel Ejiofor, Michael Fassbender, Brad Pitt, and many others in Steve McQueen’s 12 Years a Slave (October 18); or The Book Thief (November 15), with Geoffrey Rush and directed by Brian Percival, who’s directed a handful of Downton Abbey episodes, about a little girl stealing for her family in Nazi Germany.

Dear Academy lovers: There’s more. Ralph Fiennes directs himself as Charles Dickens and Felicity Jones as his secret mistress (and possible muse!) in The Invisible Woman (December 25). There’s Benedict Cumberbatch as — lordy — Julian Assange in The Fifth Estate (October 18). Naomi Watts and her BFF, Nicole Kidman, play doomed superstar princesses in, respectively, Diana (November 1) and Grace of Monaco (November 27). And Idris Elba is none other than Madiba himself in the PBS-ly titled Mandela: Long Walk to Freedom (November 29); presumably, the walk to the podium will be far shorter.

And for a little of that Black Hawk Down/Hurt Locker/Zero Dark Thirty feeling, how about Peter Berg’s Lone Survivor (December 27) with Mark Wahlberg, Eric Bana, and Taylor Kitsch as Navy SEALs? Of course, if you prefer your wars waged at the dinner table, there’s Meryl Streep and Julia Roberts breathing fire on each other and on Juliette Lewis, Ewan McGregor, Chris Cooper, and Cumberbatch (again!) in August: Osage County (December 25).

Exciting? Yes. Predictable? A little. But biographies have become as necessary to fall/winter as Marvel and DC have become to summer. What I like about this fall is that some of these movies look fun irrespective of the studios selling them to Academy voters. Take Sandra Bullock spinning around alone in outer space in Alfonso Cuaron’s Gravity (October 4); Joaquin Phoenix as a lonely guy who falls in love with an operating system that speaks with Scarlett Johansson’s voice in Spike Jonze’s Her (December 18); Josh Brolin hunting his tormentor in Spike Lee’s remake of Oldboy (November 27); or Joseph Gordon-Levitt as a sex addict who learns from Julianne Moore about making love in Don Jon (September 27).

These are movies I want to see regardless of their awards odds. Robert De Niro and Michelle Pfeiffer in Luc Besson’s hit man/hit woman action-comedy, The Family (September 13)? Can’t wait. Robert Rodriguez’s Machete Kills (October 11)? Hack me up now. Leonard DiCaprio doing that pop-lock dance in Martin Scorsese’s The Wolf of Wall Street (November 15)? This is me howling at the moon. The Monuments Men (December 18), in which George Clooney, Matt Damon, and Cate Blanchett basically turn The Good German into an Oceans movie? So crazy it might work.

If the box-office sweepstakes swallow up summer, they matter a lot less in the fall. But there is no such thing as pure moviegoing anymore. Whether it’s money, plaudits, or nerd credibility, we’ve been trained for movies to matter according to these ancillary, predictive, pedantic criteria. But in the fall, a Thor movie can open, as The Dark World will on November 8, and muddle along in relative peace. Meanwhile, The Hunger Games can take over the world as Catching Fire will two weeks later, and it will be easier not to notice. For four months, Hollywood gets its pacing, variety, and scale right. Romance, laughter, action, drama, science fiction, the period pieces: And that’s just Anchorman: The Legend Continues! For a bit, the desperate tyranny of numbers is over.