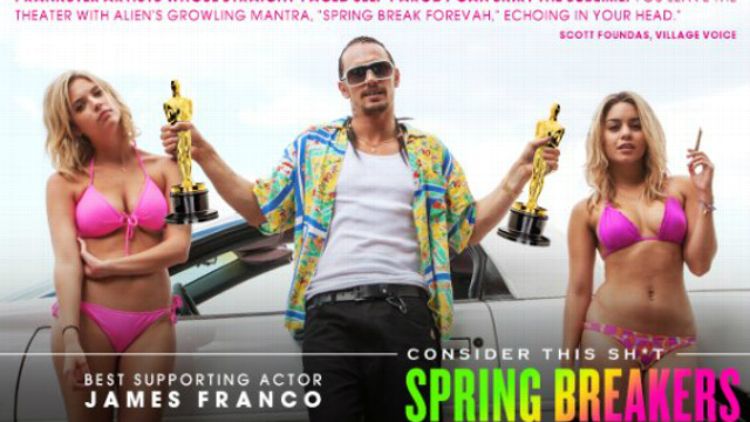 Everything is coming up Franco. The laughter from last night’s Comedy Central–sponsored Night of 1,000 Francos hasn’t yet stopped ringing in the heads of hungover Francophiles, and already his Spring Breakers publicity team has scrambled the For Your Consideration jets and told The Hollywood Reporter that a full-court awards-season press is on its way. Look upon Franco’s Oscar shit and despair, every other person not winning that Best Supporting Actor statue this year:

Contents of Alien’s For Your Consideration Gift Bag:

See you at the podium, Franco.