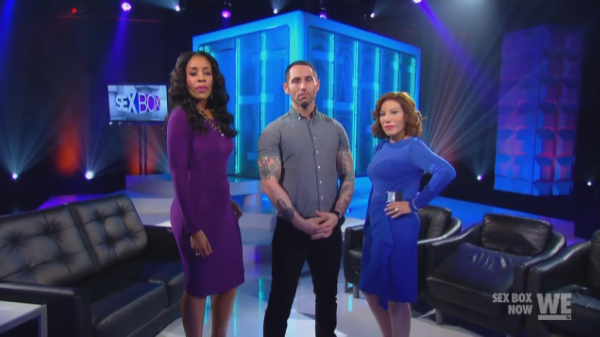 I like to think of life as a series of tests; some are easy, like helping your friend open a pickle jar, and some will try your patience to such a degree that you might start to question whether you even want to go on living in such a cruel, abusive world. I don’t believe I’m being presumptuous when I say that having sex inside of a glowing box while TV producers count how long you’ve been bumping uglies qualifies as the latter. The hapless couples on the new hourlong cringefest titled Sex Box willingly placed themselves in this scenario for your enjoyment. Unfortunately for the entire human race, there is nothing enjoyable about it at all.

Sex Box is a remake of a British series of the same name that aired for a grand total of one week on Channel 4 in 2013. British TV producers seem supernaturally gifted at the art of inventing shows that sound like they’re counterprogramming for the apocalypse — Are You Fitter Than a Pensioner, Love Shaft, The Naked Office, My Bare Lady, and Flog It! Shockingly, Flog It! is not 45 minutes of convicted white-collar criminals beating themselves with sticks, no matter how much I want it to be. Instead, it’s about antiques auctions,1 which is an excitement drop-off on par with subbing out LeBron James for a cardboard cutout of Bryant “Big Country” Reeves. It should be a crime to promise flagellation in the title of your program and then not follow through, but that’s just part of the grand tradition of trashy U.K. TV that Sex Box cheerfully follows.

The 1.1 million British TV viewers who tuned in to the first episode hoping to catch a glimpse of at least a buttcheek were sorely disappointed to find that Sex Box was not directed by Eli Roth, but was actually a levelheaded, dull advice show. Yes, people go into a glowing box to allegedly have sex,2 but by the time folks got wise to the fact that Sex Box was just a bunch of people talking about sex in the most clinical way possible, they tuned out in droves. Case closed, good-bye, no more Sex Box, right? Wrong. Wrong, wrong, wrong, wrong. It doesn’t matter that the bait-and-switch premise didn’t work in England. Leave it to us Yanks to try to succeed where the British failed and prove once and for all that we are the true kings and queens of bad television.

The American version of Sex Box is on the obscure extended cable channel WE tv, an Oprah Winfrey Network clone without Oprah. It features reality shows centered on primarily black casts like Match Made in Heaven,3 SWV Reunited, and Love Thy Sister.

The catch is that a lot of these series feature a religious element, because, you know, black people go to church a lot … or something. Match Made in Heaven is a Bachelor clone in which Chris Harrison is replaced by Pastor Ken, a jovial confidant who helpfully wears a suit jacket with a cross sewed onto it so we know he’s a pastor and not just a guy who wandered off the street babbling about the physical benefits of prayer. At least the pastor performs a service besides delivering bad news to drunk women. 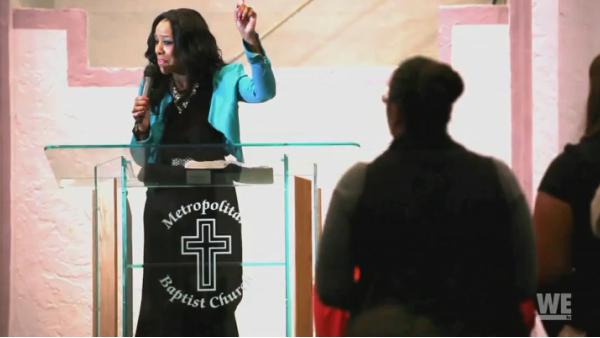 In order to fit into the WE tv brand (and better defend against America’s perpetually aggrieved religious community), the American Sex Box replaced the U.K. edition’s balding, middle-aged sexpert with yet another pastor, a Florida-based “spiritual adviser” named Dr. Yvonne Capehart. She joins hunky gay sexpert Dr. Chris Donaghue, filling in for Dan Savage, and Dr. Fran Walfish, a Beverly Hills psychotherapist who replaces English author Tracey Cox. Donaghue ominously asks each couple if they are “ready to enter the Sex Box,” as though they might bolt for the door as soon as they realize they have to bone on command like puppy mill dogs. They also added a comedian named Danielle Stewart to do wacky woman-on-the-street interviews that serve no purpose other than to fill time on a series where nothing happens.

Capehart is the rogue element that takes this show from harmlessly boring to potential train wreck, because she gets to play the role of the tough-talking prude. In the first episode, a couple describes the apex of their carnal history: While in the middle of her contractions, a pregnant woman in labor performs oral sex on her husband. Capehart wastes no time registering her disgust, saying to the delighted audience, “I don’t know if this is kinky or crazy!” Her line is nothing remarkable, but on a show that purports to be sex-positive, it’s the first real instance of judgment and shame being wielded as a rhetorical tool.

This is a program that uses the hint of public sex as a selling point and claims to be making sex less shameful to talk about, but it’s also heavily slanted toward reinforcing monogamy. A man who has been having bisexual threesomes and orgies4 with his wife for years is discouraged from adding another woman to their marriage; logical advice to be sure, but not the kind of anything goes perv-a-thon the Parents Television Council promised me. It literally puts couples in a box and forces them to have vanilla sex in order to be better at adhering to the traditional relationship dynamic. Did I also mention they time you? 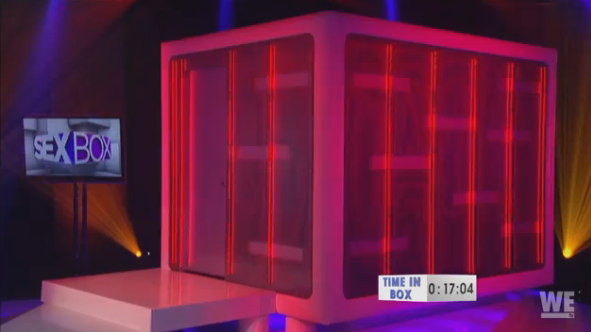 When the guests are done doing whatever it is people do inside a Sex Box, the box turns blue and out they come, resplendent in his-and-hers silk robes and tousled hair. 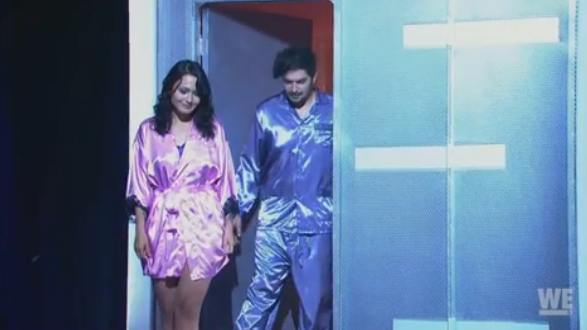 Our three experts ask them in generic terms how their encounter turned out. “OK, Brandon, we had high expectations on you focusing on Elle’s pleasure and her orgasm.” Brandon doesn’t have to verbalize what he did differently to help his wife enjoy sex more. Instead, they have them both rate Brandon’s performance like he just completed an Iron Lotus. 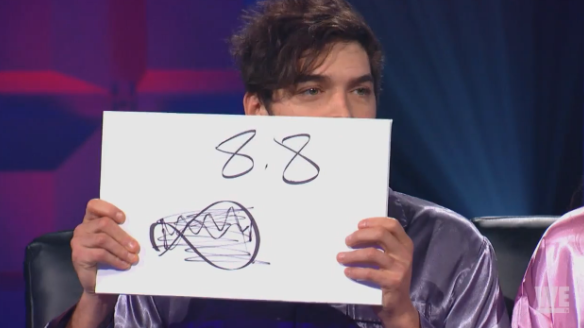 That’s a pretty good score to give yourself. Dare I say that Brandon grading his own sexual prowess is a bit like Vince McMahon booking himself to win the Royal Rumble. Sex Box wisely goes to a commercial break before Elle gives her more reputable, believable response — leaving us on the edge of our seats, percolating with anticipation. 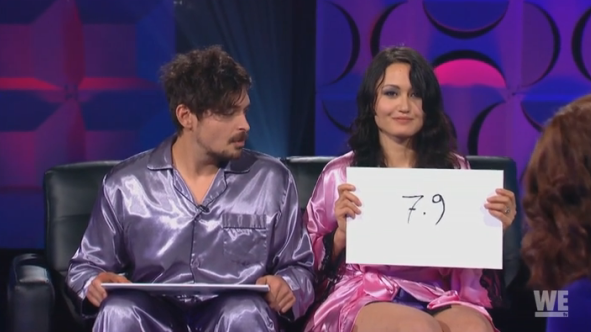 Hunky expert nods and slow-claps. “That’s … pretty … good,” he says. I guess? That’s almost a full point’s difference. It’s a C-plus, bordering on a B-minus. I think maybe the hunky expert was being sarcastic. “That’s … great. You really know how to ‘please your wife,’ guy. Watch out, everyone. Mickey Rourke from Nine 1/2 Weeks is in the studio tonight.”

Next week’s episode looks to offer even more awkward interactions and manufactured drama. We get our first lesbian couple, which the teaser promises does not sit well with Capehart. But don’t worry, it’s probably going to end well, since the Sex Box website says the couple’s story is “so powerful it transforms one of our experts!” Unless the story is a passage from the Necronomicon and it mutates the hunky expert into a flesh-eating zombie, I’m guessing it just makes Capehart not want to be a homophobe anymore. If a bit of light prejudice is the most controversial this show gets, then I don’t think the religious right has anything to worry about. Well, at least until the American version of Love Shaft premieres on Esquire Network.