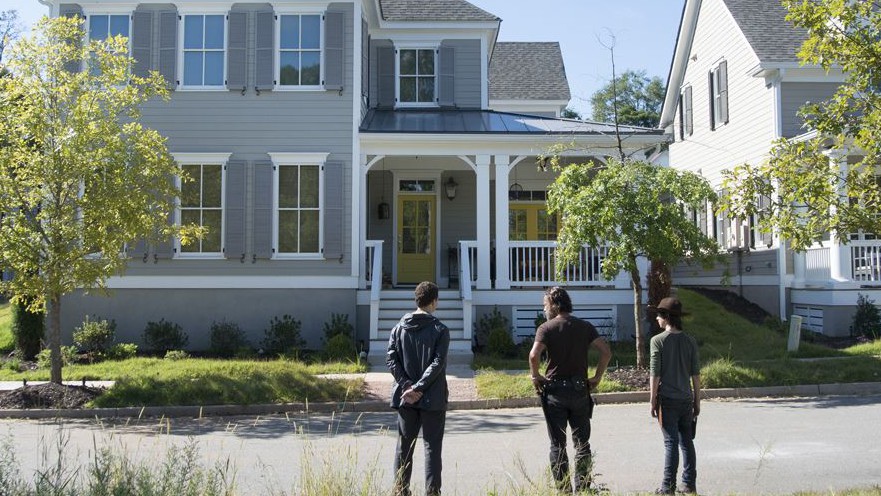 The Walking Dead is, in macro, the story of a ragtag bunch of survivors wandering the desolate hellscape of their plague-ravaged reality, just looking for a safe place to establish some roots, hoping to stumble upon a shimmering oasis that won’t dissolve into hot sand the moment they try to touch it, leaving them exposed, once again, in the middle of a desert filled with shambling, undead Bedouin. Sometimes that elusive sanctuary takes the form of an abandoned prison, or an idyllic suburb, or an artisanal barbecue restaurant nestled inside a converted train depot. No matter what shape these unexpected strongholds take, our weary group can be confident of one thing, and one thing only: Their stay will go utterly, spectacularly wrong. The prison will be overtaken, the suburb boasting one too many Snarling Zombie Head In An Aquarium outlet stores will be staffed by paramilitary psychotics, the restaurant’s cannibal-friendly menu will be too heavy on pulled guest-meat sandwiches. Lasting security is an illusion, always, and our exhausted heroes are right to be skeptical each time they’re offered a guest bedroom.

And so as Rick and the gang finally arrive at Alexandria and are marched through the gates of yet another allegedly impenetrable compound to meet yet another crowd of smiling faces of a seemingly thriving community looking to fortify itself against the unending waves of terror outside its walls, they are prepared for the worst. They’re ready to check under the beds, expecting to see rotting faces staring back at them. They’re prepared to blast their way out the minute something seems off. They’re ready to get some answers before they’re willing to turn over their armaments at the weapons-check counter and take their numbered ticket etched on a fragment of walker skull.

But the answers are never readily forthcoming. Just a lot more questions from our time in Alexandria, all of which we will share with you right now.

Alexandria leader Deanna Monroe claims to be a congressperson from the 15th District of Ohio. Wasn’t the total collapse of society a good enough reason to never let another politician be in charge of anything?

Was Deanna given power via election, or was it a looser consensus choice based on her political background?

Is there any good reason for Deanna to film the community entrance interviews?

She says “transparency,” but what does that even mean?

Are the other members of the community able to check out these videos from some kind of lending library in the interest of “transparency”?

Do these confessional-style videos serve as the community’s entertainment programming?

Can Real World: Alexandria be anything but a monster hit in its key demographic of “people trapped in an upscale housing development”?

And isn’t it obvious that Eugene’s “Skeletons” episode would be the most popular of all?

Is there also a DVD lending library?

Is this a PS4, Xbox One, or Wii U community?

Isn’t it a little too convenient that Deanna’s husband was a “professor of architecture” able to design and help erect the giant steel walls that protect Alexandria?

What did the three exiles, whom Deanna admittedly was sending to their doom outside the gates, do to earn their death sentence?

Isn’t the first red flag of any alleged utopia “sends people who vaguely ‘don’t work out’ to their death outside the compound walls”?

If Deanna is so “exceptionally good” at reading people that she was going to be a professional poker player if her political career didn’t work out, why didn’t she immediately offer to exile Carl and relieve Rick of the burden of continuing to raise the postapocalypse’s greatest monster?

Rick immediately showers and shaves. Is the community well stocked with replacement razors for the Gillette Mach3 they give him, or is this just something they do to make new members feel pampered by an impossible luxury? 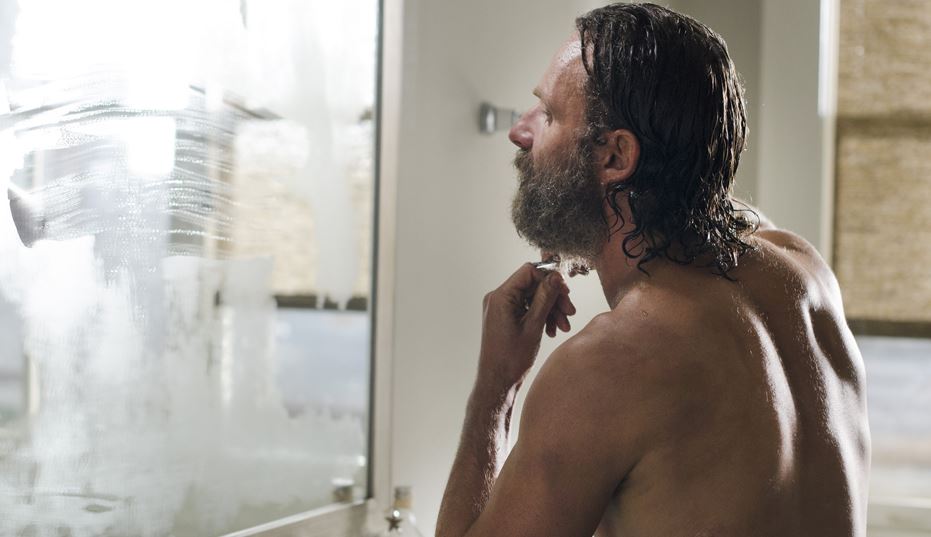 How long will Daryl wait before taking a shower?

Can Deanna’s people force Daryl to take a shower in the name of public health?

Once Daryl showers, will the delicate sewage system be able to handle his accumulated grime without collapsing?

This is a planned community with its own “solar grid, cisterns, and eco-based sewage filtration.” Should the waste-management system break down, do they have viable backup plans, like a network of toilet pools? 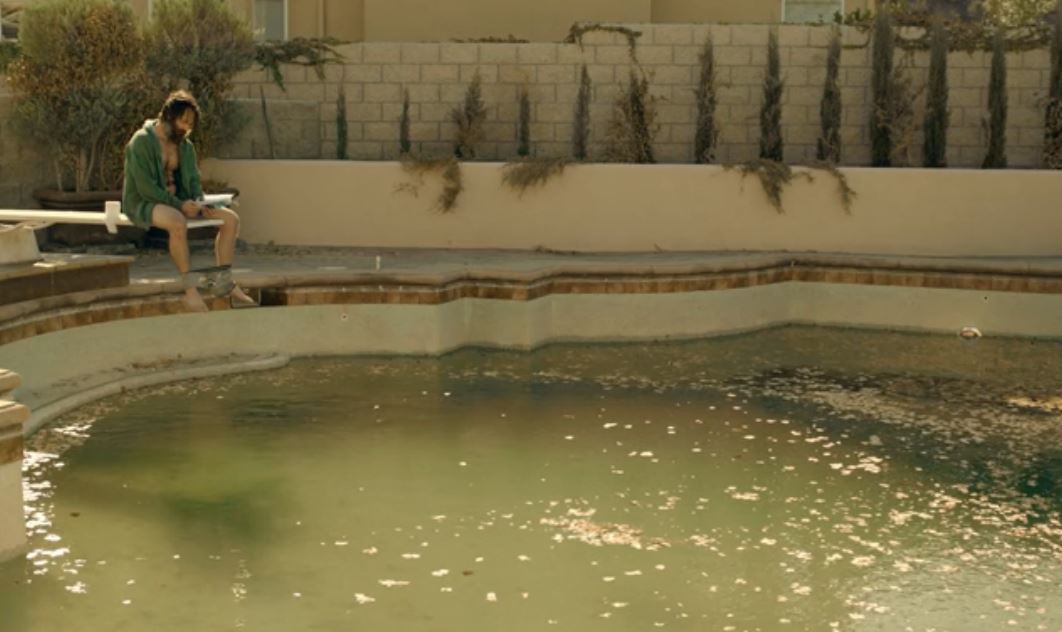 What happens if Carol, who has discovered her inner badass at great personal cost, suddenly develops a taste for her new Chico’s sassy-casual wardrobe and job cooking for old folks and goes soft?

If there is already no constable in Alexandria, who’s keeping the peace?

Why is Rick named constable when he clearly said he was a sheriff?

Is constable a cooler job than sheriff, or is Deanna subtly undermining Rick’s new authority by giving him a silly-sounding title?

Like, who’s gonna take him seriously when Deanna’s all, “Let’s see what ol’ Constable Rick has to say about this”?

Even if he looks amazing all clean-shaven and back in his cop uniform?

Why do they persist in sending patrols outside the walls every day, other than for the occasional emergency supply run? It is very, very dangerous outside the walls! They consider forcing people outside tantamount to a death sentence! They lost four people on patrols last month alone!

Is Deanna’s son Aiden, who leads these patrols, more of a hard-ass or a douchebag?

Isn’t hanging a severed walker head on a chain like a cadaver tetherball a classic douchebag move?

And why, unless they were already spying on him, would they ever think to look inside the pitcher of an abandoned blender?

Does that seem like an obvious firearm hidey-hole to anybody?

Is there any way that Rick and Jessie, the cute hairstylist mom, aren’t hooking up eventually?

And that this won’t precipitate a violent incident between Rick and Jessie’s presumably deadbeat husband, who likes to spend his evenings smoking on his front porch, foreshadowing future conflicts with his wife’s eventual, superior lover?

Won’t Rick and Jessie’s inevitable lovemaking be even more intense knowing they’re ruining one of the last intact families on earth?

Will Jessie’s kids, Ron and Sam, ever call Rick “Daddy”?

On the other hand, can anyone who offers up their children as playmates for Carl ever be trusted with anything?

Jessie says the kindly old grandparents who beckon Carl and Judith onto their porch haven’t seen a baby in a long time. Wouldn’t the Alexandria community need its members to reproduce to keep their society going (without inviting in more potentially dangerous people from outside the walls)?

Then why aren’t the Alexandrians having babies of their own and keeping the community going the safe way?

With no evidence of any kind of a livestock ranch, is Alexandria strictly vegetarian?

Is the community garden nice? We’d love a tour at some point.

They have to be farming the shit out of some baby kale, don’t they, to keep the Alexandria Whole Foods stocked?

Wait. Oh no. What if they DO have meat?

No no no no. Our unlucky heroes have found a bunch of filthy cannibals again, haven’t they?

Are they eating all the babies?

Are those kindly grandparents eating all the babies? 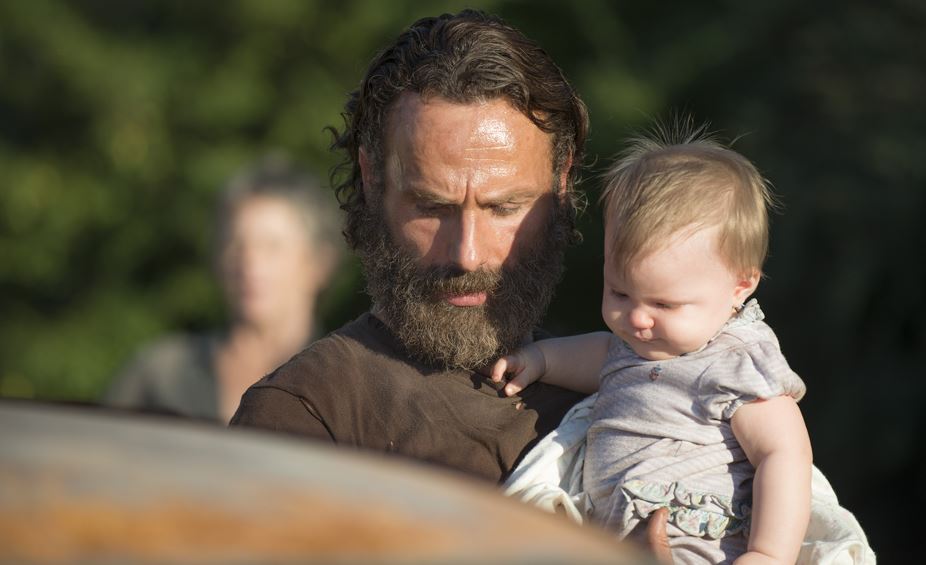 Are they going to eat Baby Judith?

Can’t they see that if they’d eat Carl instead of Baby Judith, so many problems would be solved?

How many more weeks do we have before Rick attempts to seize control of the entire cannibal-infested place?

Maybe three, because he’s so appreciative they ate Carl for him?

Let’s go with three. Rick also has to find time to get to know the new, much better sons he’s adopting from Jessie’s ruined family. He already loves them more than Carl.

‘Hollywood Prospectus Podcast’: ‘House of Cards’ and ‘The Slap’