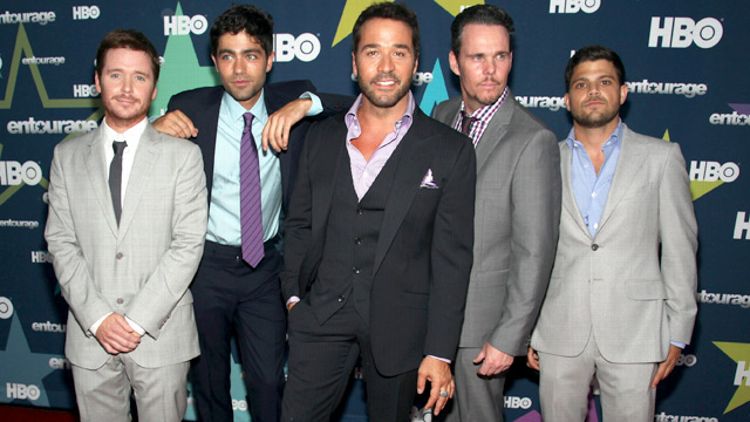 You kind of have to wonder why it took Doug Ellin so long to write that perfect Entourage script when he clearly could have just waited for the real-life drama of casting deals for said movie to provide the plot. Sadly, just like the kind of hiccups often experienced in Vinnie Chase’s career, the long-awaited feature version of Entourage has been put on hold, despite being set to go into production back in May. Take a guess why.

Yep, according to “Page Six,” “key members of the cast” have been demanding more money. It’s got to be Ari, right? C’mon, Ari’s all about a doing a deal; Piven apparently signed his contract way back on August 29. In fact, after its obligatory coyness, “Page Six” goes on to out Adrien Grenier and Jerry Ferrara as two of the culprits.

But this is the kind of Hollywood ego-wrangling and strategic posturing that happens all the time. If Entourage has taught us anything, it’s that all you need to close any deal is a bong, creative contract verbiage, and a brief period of hugging it out. Well, not according to Ellin’s depression-inducing tweets. Each back-and-forth exchange with Ellin makes it seems like the Entourage movie will happen just around the time they bring football back to Los Angeles. But wait, you say, this must just be more posturing — Wahlberg says they have a perfect script and Ellin’s probably just taking this war to Twitter to light a fire under Grenier and Ferrara’s agents. Right? Right!?!?!

Afternoon Links: Jimmy Fallon Is in the Joke Empire Business