Elizabeth Banks Now Into Zombies, Too 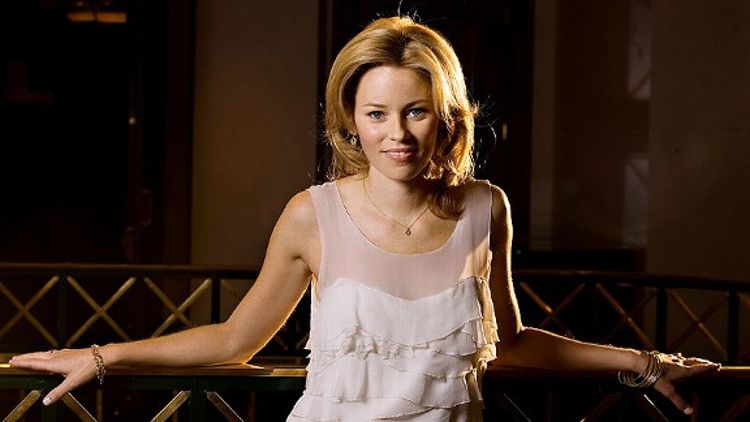 Elizabeth Banks has teamed up with her husband, author/producer Max Handelman, to sell the single-camera comedy Dave’s Dead to Fox. The two will be non-writing executive producers on the show; also, Banks isn’t going to star, although considering her 30 Rock run, she might be up for a few appearances. There are no firm plot details, but the show is described as Shaun of the Dead meets My Name Is Earl. Slacker zombie! All potential zombie permutations must be fulfilled. Grade: B+ [HR]

Nora Ephron will direct Lost in Austen for Sony. It’s a remake of a 2008 British miniseries that revolved around a woman in modern times being transported back into Jane Austen’s Pride and Prejudice. You were this close to big-time soundtrack money, The Walkmen’s “Lost in Boston“! Grade: B- [Variety]

Anna Kendrick, Terrence Howard, and Brendan Gleeson have joined The Company You Keep. Robert Redford is directing the project as well as co-starring, as a Weather Underground militant that’s been on the run for 30 years; Shia LaBeouf is the young reporter that exposes him. Kendrick plays LaBeouf’s ex-girlfriend FBI agent who provides him with information, Howard plays the senior FBI agent chasing down Redford, and Brendan Gleeson plays the Michigan chief of police who was involved with investigating Redford earlier on. Switch Kendrick with LaBeouf — or, while we’re at it, maybe some sort of animatronic bear? — and you’ve got our money. Grade: B+ [Variety]

The 1999 wedding drama The Best Man is getting a sequel, with plans to bring back the original cast — headlined by Taye Diggs as a writer releasing an autobiographical novel that indicated he slept with the bride of the dude he’s best-manning for — and writer/director Malcom D. Lee. As long as we’re making long-delayed sequels to movies from 1999, can Notting Hill be next? Grade: C [Deadline]

Mitch Winehouse has signed a deal for a book titled Amy: My Daughter, which will be out in the summer of 2012 and will chart Amy’s Winehouse’s early days and struggles with addiction. Mitch says “I feel that I need to write this book to tell the true story of Amy and to help with my personal recovery,” and all proceeds will go to the Amy Winehouse Foundation. Still: really? Grade: C- [HR]

Randy Jackson is producing a VH1 reality show called Aptitude Test, in which celebrities will take the title test to figure out what their job was “supposed” to have been if they hadn’t gotten famous, then disguise themselves to go do that crappy job, and then dramatically reveal themselves to their co-workers who do not have Malibu beachfront mansions and the option to serve people mozzarella sticks only one afternoon of their lives, as a joke for a dumb TV show. Oh, the joy on their faces! Grade: D [HR]

Precious director Lee Daniels is teaming up with Temple Grandin writer Merritt Johnson for a Showtime series about New York City ball culture, in which poor LGBT youth compete in drag balls for which they’re trained by “drag families.” Deadline describes the “drag families” as “fraternity-like,” although we have to assume ball culture involves significantly less beer pong. Grade: A- [Deadline]

Morgan Spurlock on Talent Agents and His New Doc, The Dotted Line