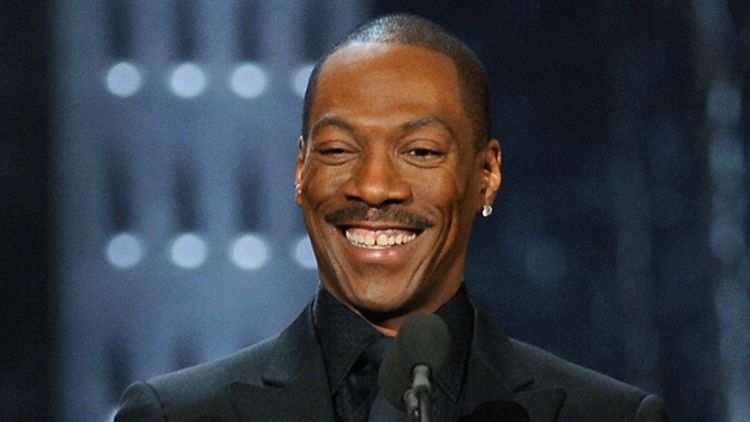 Looks like Eddie Murphy, post Tower Heist, is not quite ready to head back into the warm embrace of crappy family comedies: He’s now attached to play Marion Barry, the troubled former Washington, D.C. mayor who served six months on drug charges in the early nineties, for an HBO biopic that would be directed by Spike Lee. If this doesn’t work out, though, Murphy might just move into a more traditional latter-day Eddie role, quite possibly as a fast-talking rug salesman who accidentally inherits a wacky orphanage? Grade: A [HR]

Uma Thurman will make her television debut with a five-episode arc on Smash, NBC’s upcoming musical about the staging of a Broadway show about Marilyn Monroe. Thurman would play a contentious movie star that’s considering joining the production. And when Uma does shoot her scenes, remember, peons of network television: do not look the superstar in the eye. Grade: A- [Deadline]

Lionsgate wants to make another adaptation of Bret Easton Ellis’s American Psycho already, even though the Christian Bale version came out in 2000. This will be adapted and directed by Noble Jones, who worked as the second unit director on The Social Network, and will apparently stick more faithfully to the book. One way that this production is looking to pump the verisimilitude? It will star an actual serial killer. Grade: C [Showblitz]

Steven Soderbergh and George Clooney are long gone from The Man From U.N.C.L.E., so here comes Guy Ritchie to save the day. The director is in talks to take over the project alongside his new production partner Lionel Wigram. Hopefully, this is just the beginning of a comically long chain of development news that ends with U.N.C.L.E. being directed by the chubby kid from Super 8 and starring your actual uncle. Grade: B [Deadline]

This is kind of bad ass: Ed Asner will reprise a role he played on the original Hawaii Five-O, thirty six years ago, on the new Hawaii Five-O, and original footage from the first run will be incorporated into the new episode. The first time around, Asner’s character August March was a big time smuggler; this time, he’s retired and reformed, and helps the cops out on a smuggling case. CBS procedurals: Your new home for innovative television gimmickry! Grade: A [Deadline]

HBO is finalizing a deal for The Viagra Diaries, a half-hour comedy that would be Goldie Hawn’s first role in almost a decade. Sex and the City’s Darren Star adapted the show from Barbara Rose Brooker’s book, in which a woman struggles with singledom after her 65-year-old husband leaves her. OK, so, this isn’t a particularly incisive comment or anything, but have you ever really stopped and thought about how weird it is that this person’s name is “Goldie”? Grade: B+ [Deadline]

Trailers of the Week: Five Year Engagement, This Means War, and Lockout