Does Kellan Lutz’s Hercules Stand Any Chance Against the Rock’s? 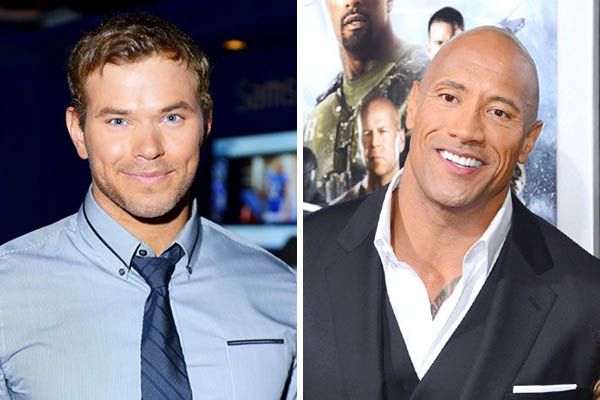 Twilight’s Kellan Lutz just brought a bedsheet to a toga fight. The Hollywood Reporter is reporting that Lutz will star in Nu Image/Millennium’s Hercules 3D, which will put him in direct competition with MGM/Paramount’s own Hercules project, theirs starring Mr. Dwayne “The Rock” Johnson himself. Now, with all due respect to Lutz’s wide-ranging appeal among a nation of screechy tweens, if he thinks he’s got any chance of Armageddon-ing The Rock’s Deep Impact, he’s acting like a real jabroni.

And what’s more — am I crazy here, or is director Renny Harlin (the very same man that brought us both Cliffhanger and Sam-Jackson-as-shark-food classic Deep Blue Sea) actively taking shots at Dwayne here? In a statement announcing the casting, Harlin said, “It takes more than a good physique to portray the most legendary, mythological personality in history — and Kellan has exactly that, personality. He’s not afraid to explore the strengths and vulnerabilities of the character, and he impressed me with his passion and heart.” Listen, Renny, the Rock isn’t just a guy with a good physique. The Rock is a guy with the greatest physique. Now if you’d rather not have your next project suffer a death by People’s Elbowing, I suggest you leave the demigod business to the demi-humans.

Filed Under: Movies, The Rock