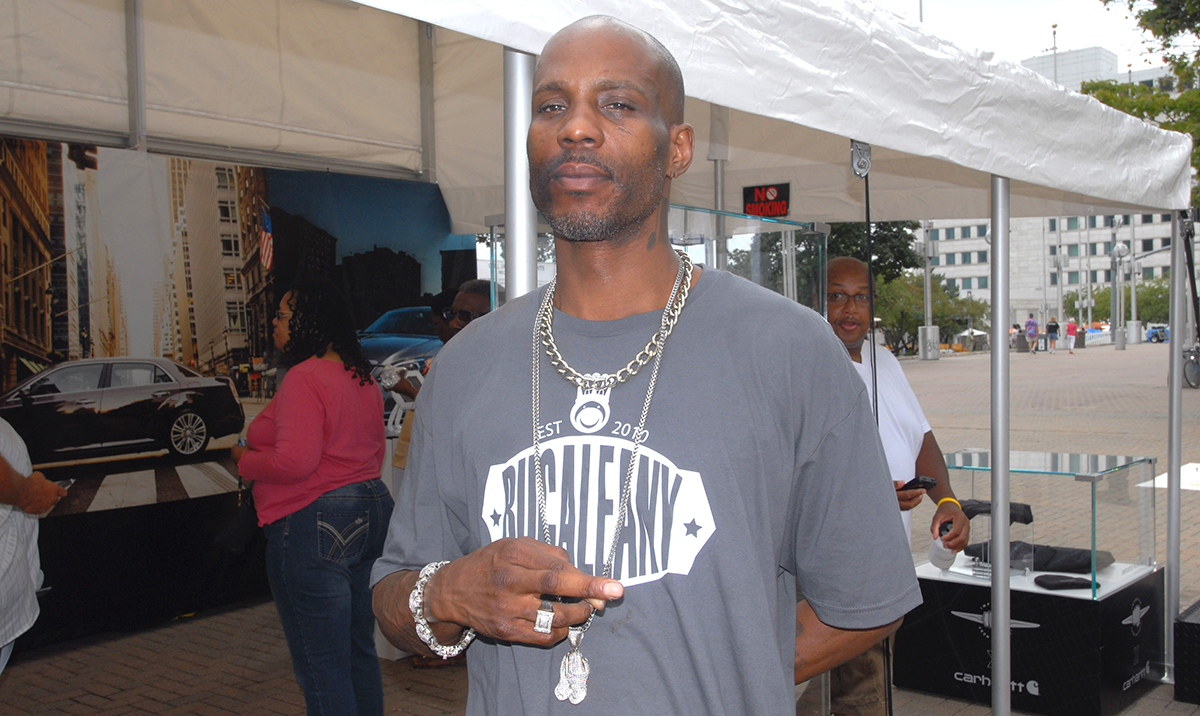 This is a video of DMX riding one of those slingshot rides in Orlando:

Watch it. It’s a wonderful addition to the DMX Doing Things video library he’s inadvertently creating. It belongs right in between the “DMX Uses Google for the First Time” video and the “DMX Sings ‘Rudolph the Red-Nosed Reindeer’” video. (Personal fav: “DMX Goes to McDonald’s.”) The video, found by the dirt angels at TMZ, was recorded in Orlando on a ride at the Magical Midway Thrill Park, though those particular details only serve as inspiration for 100 other questions.

Do you think he waited in line? Like, who’s gonna make DMX wait to get on the Sling Shot? How are you so foolish that you let DMX stand behind you?

Do you think he rode anything else? The Magical Midway website shows that it has other rides. It seems unlikely he went there and only rode one thing. Did he ride the Space Blast? The go-karts? Did he go to the arcade? OH MY GOD DID HE RIDE THE STARFLYER, BECAUSE IF THERE IS A VIDEO OF DMX ON A SWING I NEED TO BE WATCHING THAT RIGHT NOW.

Do you think he was at the park with other people or was he there with, like, six or seven pitbulls?

Do you think he ordered any sort of Midway snacks? Did DMX get nachos? Does he like jalapeños on his nachos, or does he put something else on them, like chili or maybe live scorpions?

Imagine DMX on Valentine’s Day. “Happy Valentine’s Day, girl! Here…” And then he hands her a box and she opens it and it’s just full of blood and glass and snakes. She’s like, “Aww, thank you, Earl.” And then she hugs him and she smiles because as she holds him next to her she feels a couple of his tears drop onto her shoulders but then, oh no, guess what, those weren’t his tears she was feeling — that’s her own blood, because when she went in for the hug he stabbed her in the chest like six times because that’s how DMX hugs. Plot twist.

Imagine DMX’s idea of foreplay. The last time I saw X in concert he was doing that rap concert thing where the rapper takes a break from rapping and talks to people in the audience. I remember watching Drake do it and he was sort of just melting everyone’s heart. He’d point into a group, single out someone like, “You. You, right there in the chartreuse halter top. Are you having a good time tonight? You look lovely. I hope you’re having a good time.” But when I watched DMX do it, and he was literally just pointing at people saying things like, “You. You, right there in the shirt, you can get fucked tonight.” I can’t imagine DMX has any sort of interest in foreplay. Or, if he does, it’s not the kind of foreplay a normal human is expecting, like maybe he brings a girl home, gives her a pack of menthols, and then shows her videos on the Internet of people getting hit by cars.

Semi-related: I am SO sad that there was never a DMX sex tape that was called DMseX. What a wasted opportunity.

Imagine DMX watching the film adaptation of Nicholas Sparks’s Dear John. “Ay, yo! [bark, bark] Channing Tatum! [growl] He’s no Gosling! [bark, bark] But he’s completely believable as John Tyree in the movie! [bark, bark] I thought they did a pretty decent job of staying true to the book! [growl]”

Imagine DMX on Reading Rainbow. It kind of already happened.

Imagine DMX coaching his wife through labor. And the doctor’s like, “I need a big push here,” and X is standing next to her holding her hand like, “Don’t forget, you have to eat the amniotic sac after the puppy’s born or he won’t be able to breathe,” and then everyone stops and looks at him and he just starts laughing and they’re all just like, “Oh, X.”

Imagine DMX playing basketball. A guy on the team DMX is playing against makes a jumper.

GUY: Yeah. Yeah, my bad. You got it. You win again. Man, you guys are unbeatable today. What’s that? Forty games in a row. Wow. You’re so good at basketball, DMX.

Imagine DMX coaching a T-ball game. It’s probably exactly like Birdie in Above the Rim, except with kids and baseballs instead of adults and basketball, but for sure with the same number of stabbings and shootings.

Exit Through the Coffee Shop: The Absurdist Art of ‘Nathan for You’ and Dumb Starbucks

'Guardians of the Galaxy' Primer: All the Questions You Need Answered About Marvel's Super-Weird Superhero Team