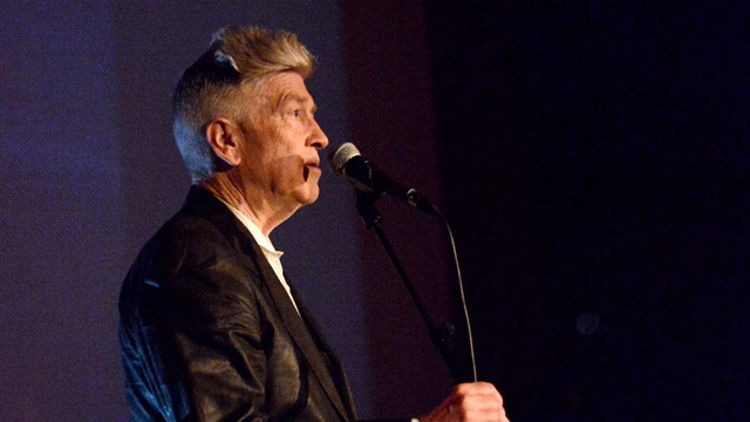 David Lynch hasn’t made a movie since 2006’s high-def video nasty Inland Empire, and lately he’s been hinting that he never will again. “It’s a very depressing picture,” he told the Independent last month. “With alternative cinema — any sort of cinema that isn’t mainstream — you’re fresh out of luck in terms of getting theatre space and having people come to see it. Even if I had a big idea, the world is different now. Unfortunately, my ideas are not what you’d call commercial, and money really drives the boat these days. So I don’t know what my future is. I don’t have a clue what I’m going to be able to do in the world of cinema.”

Now it’s dark! The fact that Lynch can’t get a movie financed is proof, in case you needed it, that we truly live in a perverse Lynchian nightmare-world. Lynch has never been a commercial powerhouse — his highest-grossing film, oddly enough, is still 1984’s legendary flop Dune, which vastly overestimated the public’s interest in sandworms and earned about $30 million against a $40 million budget. And he seems fairly disinclined to embrace new distribution technologies in order to chase down viewers who’ve given up on the theatrical moviegoing experience. But his only other 21st-century film, 2001’s Mulholland Drive — which looks more and more like a eulogy for that experience — led a slew of best-of-the-decade polls a few years back. The guy is still cult royalty. Kickstarter is probably beneath him (imagine how weird the incentives would be, though!), but there’s got to be some rich Lynch fan out there with a pile of money they don’t need to ever see again. Can somebody Megan Ellison his next project, please? Megan Ellison, perhaps? (He’s suggested that he’s open to doing something for cable, which would be amazing. There’s a strong argument to be made that Lynch is better when he’s forced to at least kind of work within strictures, the way he did on Twin Peaks or Mulholland, which was initially conceived — and rejected — as an ABC pilot.)

You can’t keep a good febrile weirdo-auteur down, though. Lynch still draws and paints and takes photographs of Crazy Horse dancers wearing custom Louboutins and promotes meditation and designs nightclubs and directs Nine Inch Nails videos and occasionally acts (savor, if you haven’t already, this account of how Louis C.K. persuaded him to play talk-show guru Jack Dall on Louie last season — the backstory is almost as entertaining as the performance itself). And next week, Sacred Bones Records will release The Big Dream, Lynch’s second album of original songs.

It sounds a lot like his last album of original songs, 2011’s Crazy Clown Time — graveyard-stomp drum loops, twangy guitars that bring to mind a zombie Link Wray fighting his way to the surface of a pond of sizzurp, swirling haunted–boiler room atmosphere, and Lynch himself, singing about wind and trains and trees like a human fly caught in a screen door. There’s a cover of Bob Dylan’s “Ballad of Hollis Brown” and a collaboration with Lykke Li; Twin Peaks soundtrack composer Angelo Badalamenti does not show up to spit hot bars, but you can’t have everything.

The oddest thing about The Big Dream is that it’s kind of Lynch’s most tuned-in-to-’00s-pop-culture work in years. Last April, critic Chris Weingarten chronicled, in a Spin essay, how artists like Lana Del Rey and Cults came to ape the ghost-roadhouse haze of Lynch and Badalamenti’s movie-soundtrack music as a reaction against a pop marketplace defined by transparency and accessibility. And Weingarten wrote that more than a year before this week, which saw the release of new albums by electro-blues baritone moaner Daughn Gibson (described by Stereogum’s Tom Breihan as “the David Lynch/Chris Isaak friendship made flesh”) and some garage-rock kids from Chicago who just went ahead and named themselves Twin Peaks. If Lynch is really done with movies, that’s a drag, but at least he’s gravitated toward an arena where his talents are appreciated. I’m still holding out hope for that cable show, though.