‘Game of Thrones’ Showrunners David Benioff and D.B. Weiss Have a Movie Lined Up 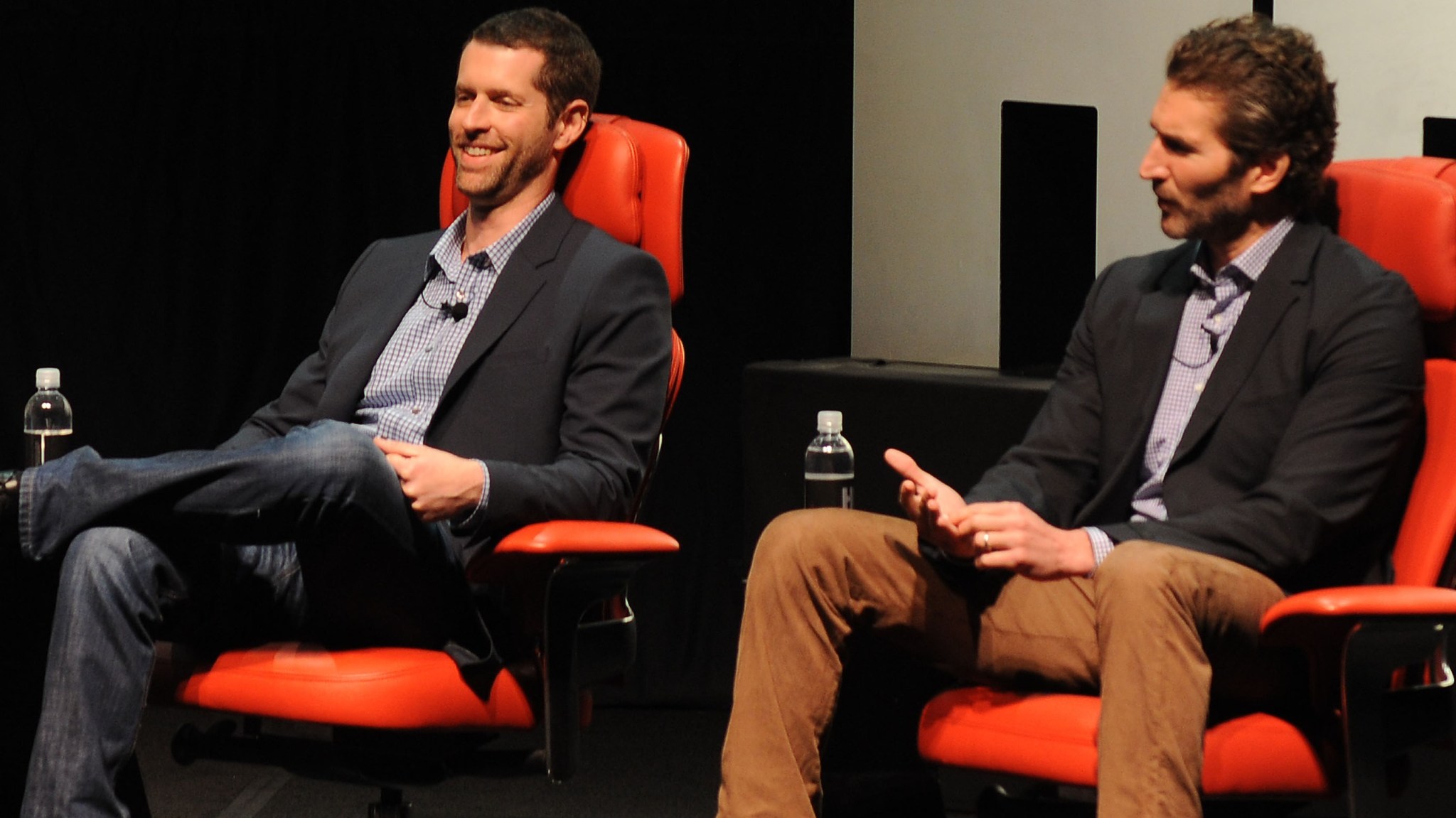 David Benioff and D.B. Weiss, the guys who run the glorious establishment known as Game of Thrones, have landed their first film to write, direct, and produce together. Set up at Fox, it’s an adaptation (surprise surprise) of Dirty White Boys, a “novel about three violent escaped convicts and the lawman who attempts to track them down.” The 1995 book is by Stephen Hunter, a Pulitzer-winning film critic and also the author of the novel that became Antoine Fuqua and Mark Wahlberg’s Shooter.

Here’s how the project took off, as Benioff told Deadline:

We’re sitting around bullshitting and we started talking about lines we were jealous of before it came around to the familiar topic of greatest opening lines in novels. Our friend Scott Frank brought up the opening line of Dirty White Boys. To be honest, I’d never hear of the book before, even though we’d heard of Stephen Hunter’s sniper series. Scott mentioned that opening line from Dirty White Boys, and it made me go out and buy the book, and Dan bought the book, and then we got past that first line and just fell in love with it.”

Can you tell Benioff and Weiss were full-time writers pre-Thrones? Weiss is the author of Lucky Wander Boy, and Benioff has screenwriting credits on The Kite Runner, X-Men Origins: Wolverine, and 25th Hour, an adaptation of his own novel. Benioff also has two other books, City of Thieves and When the Nines Roll Over (and Other Stories).

Weiss says Dirty White Boys features “really charismatic and awful people, so flawed”; Benioff adds that “the villains do horrible things, but you feel for them.” Sounds a bit Thrones-y, no? “We started writing Game of Thrones in 2006, and this book could not be more different, a contemporary thriller, but the characters are so well drawn that you become attached to them, good or bad, and you want to follow them,” Benioff clarifies. They also go on to say that GoT is “a 52-week a year job, so it’s not like we’re out there actively looking [for other work].” Deadline says the timeline on the film is unclear and that the duo will “get to it when they can.”

One thing Benioff and Weiss are excited about: name-brand performers. “We’ve been able to work without stars [on Game of Thrones], but here, there are two big star roles that are great.” Good thing any sane star is probably already obsessed with Game of Thrones and lining up for a Dirty White Boys audition.