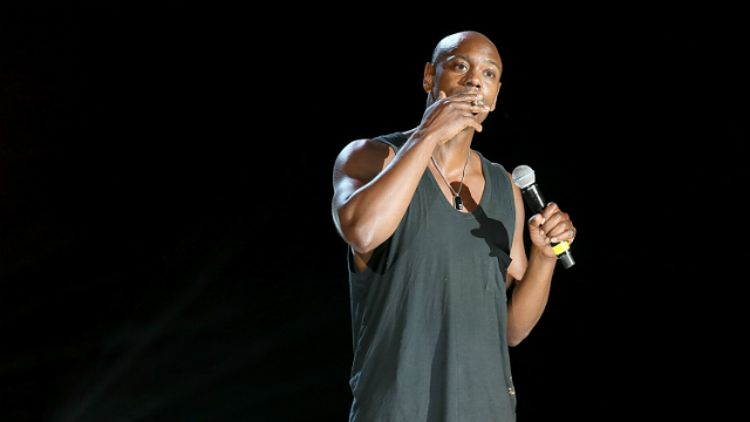 If you had “four days” in your office’s “How long till Dave Chappelle loses it on an audience?” pool, congrats, it’s time to collect some money. Last night, in Hartford, Connecticut, on just the fourth date of the Oddball Comedy & Curiosity Festival — which Chappelle is co-headlining with Flight of the Conchords, in what everyone is understanding as more or less his official comeback move — things did not go well. Things did not go well at all.

As Chad Swiatecki’s report from the first night of the tour pointed out, Chappelle’s not doing as many big, punchy jokes these days, choosing instead to sketch out stories or let the muse carry him off track. And with more space between the cackling and cheering, apparently, comes more space to yell stuff out. Stuff like “booooo” and “I’m Rick James, bitch.”

According to British comedy site Chortle (with a h/t to Warming Glow), “Dave Chappelle walked off stage to a chorus of boos and heckles last night … The comic faced a barrage of hollers from the moment he took to the stage at the 30,000-seat Comcast Theatre in Hartford, Connecticut. About ten minutes into his set, he complained that people were making too much noise, and abandoned his prepared routine. He pulled up a stool and started smoking and making idle chat until he had completed the 25 minutes he was contractually obliged to be on stage … He added: ‘Ah, fuck you, I’m the one that has to get the review in the paper tomorrow. I’m going to have to read about this shit for months.'” Chappelle filled out the space, in part, by reading the cover off a book a woman in the audience handed to him.

And, of course, there is footage:

In the clip, the room is mostly silent as Chappelle talks. You can’t hear anyone yell out “Rick James,” but you can certainly hear them when they boo. Meanwhile, Chappelle tells a really good story about opening for Richard Pryor; he tries to remember the name of a movie (“Not The Mack …”); he recalls seeing Damon Wayans respond to audience calls to do Homey the Clown by farting in the microphone, then walking offstage. And it’s clear Chappelle is responding to his perception of what the audience wants from him, and how he wishes the audience would react. They want him, he thinks, to shut up. They want the old stuff. Maybe they even wanna see him quit. “I fucked up when I left my show,” Chappelle explains. “My show only has” — yes, “has,” present tense — “to be 22 minutes of television. I could have read the phone book for 22 minutes and I would have gotten $50 million … tonight is different … tonight my contract says 25 minutes and I only have three minutes left … and when those three minutes are up my ass is gone.” Boooooooo.

You can understand the frustration: These people paid a lot of money, some of them traveled a long way to get there, and the vast majority of them were probably nothing but supportive. And they were rewarded by seeing Chappelle basically refuse to do his act, because a vocal portion of the crowd booed. And yes, in an ideal world, Chappelle would have come out there, like Chris Rock or Louis C.K., and just rolled over those hecklers. Just fuckin’ steamrolled ’em. That’s part of the job description.

But he’s not Rock or C.K. He’s Chappelle. And his backstory, and his onstage fragility, is part of the attraction. It’s part of what leads us to pay a lot of money and drive a long way to see him. Last night Patton Oswalt, as always the voice of comedy nerds everywhere, tweeted “Dear Dave Chappelle’s fans: He’s one of the best comedians working, & you’re not letting him do what he loves. Stop being assholes.” Perhaps a bit harsh, but you get his point: relax. Let him breathe up there. I’m not trying to be cutesy: Dave Chappelle is a rare and delicate bird right now. We must treat him as such if we want him around.

And besides: That Hartford footage, with its rambling, thinly veiled self-confessions, might not be funny, and it might not be much joy to look at, but it’s certainly fascinating.