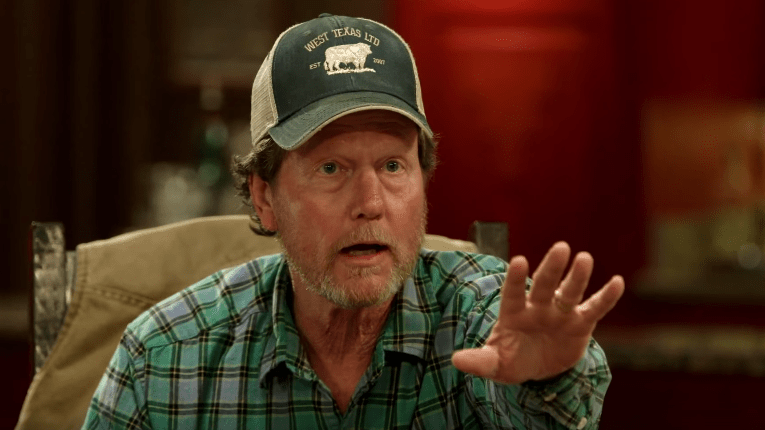 When you become a celebrity, part of the devil’s bargain that leads to your success is accepting that your parents, siblings, and cousins are going to become semi-famous too. What your family chooses to do with their newfound influence is mostly out of your control. For every innocuous Haylie Duff or relatively intriguing Solange Knowles, there’s a Roger Clinton or a Ray J to muck things up for everyone. Standing apart from this binary is Rooster McConaughey, brother of the star of Surfer, Dude and Failure to Launch.

Rooster is not a screwup or embarrassment, but he’s also completely remarkable on his own. This is the kind of guy who would name his children “after a booze,” as People so eloquently put it. He called his son Miller Lyte and his daughter Margarita Olympia — decisions so laudable, so brave that we need to invent new awards just to properly celebrate his true maverick spirit. The man is a legend, an icon, a hero, an unassailable businessman, and the father I always wanted. Specifically, I wanted my dad to name me “Jägermeister Benjamin Natty Ice Schilling,” but my father was a damn coward.

In lieu of a Presidential Medal of Freedom or a Nobel Peace Prize, society gave Rooster the next best thing: his own basic-cable reality show. CNBC’s West Texas Investors Club is a heartland version of network stablemate Shark Tank. In both cases, the swashbuckling romance of entrepreneurship is held up as an undeniable virtue, but where Mark Cuban’s series is lofty and distant, Rooster’s show pours hot sausage gravy all over the format. Metaphorically speaking, of course, though I imagine Rooster would be happy to invest in a machine that turned water into gravy. Or Miller Lite.

It’s not entirely clear where Rooster (referred to by the show as “The Gunslinger”) and his partner Butch Gilliam got their money. Vanity Fair says he’s a “pipe supplier.” Not sure what sort of pipe, but presumably the expensive, lucrative kind. This is America and it doesn’t matter where your money comes from, so I’m not going to dwell on niggling concerns of that nature. Instead, let’s focus on the legend of Rooster, a man so ill-suited to be on television that the sheer intensity of his raggedness overpowers the viewer. It’s not just because his face is leathery and red or that he dresses like he hauls old doll parts across the country for a living. It’s because he’s so damn hard to understand.

Rooster, God bless him, spends most of the episode chewing on things. Seriously. When he’s not chewing on a wet, unlit cigar, he’s chewing gum or maybe finishing a meatball sub. The latter is just speculation, by the way. You never see what he’s put in his mouth; you just hear it as he mutters a wagonload of homespun aphorisms. “I invest in people,” he grumbles while sounding like he’s grappling with a whole bag of Laffy Taffy at once.

His pal Old Gil doesn’t fare much better in the enunciation department. He dresses like cowboy Gandalf but sounds like a countryfied hobbit. His Gomer Pyle–esque demeanor hides a shrewd eye for character. As Rooster explains, Gil Prather is “smarter than shit, but crazier than a runover dog.” When I think “dog that has been run over,” my mind does not go to “crazy.” More “in need of serious medical attention.” That said, I think Rooster has more experience with mentally ill house pets than I ever will, so I will defer to the master.

Anyway, Gil is so good at sniffing out a rat that in the first episode, they send Gil (a.k.a. “The Tenderizer”) to pick up city boy Adam, the owner of a South Florida company called SpeedETab, a smartphone app that allows customers to order drinks from crowded bars with the touch of a button. Gil picks up Adam from the airport in order to size him up while simultaneously playing very dumb. “Can you program that shit on my phone?” Gil asks as he foists a flip phone on his millennial passenger, who fumbles around trying to find a polite way to say that apps don’t work on his gas station TracFone.

Poor Adam is clearly terrified the entire show. He turns ghostly white when Rooster and Butch call his $5 million valuation of a three-week-old company absurd. It doesn’t help lower the tension when, in a talking-head cutaway, Rooster says Adam looks “kinda pretty, like that singer from Maroon 5.” In Rooster’s thick, marblemouthed accent, you can’t help but get some Deliverance vibes from the whole thing.

Adam’s eyes are so permanently wide and worried that he seems like he’s always looking at that picture of Lenny Kravitz’s penis that was all over the Internet yesterday. But, part of the charm of the show is watching supremely confident people prostrating themselves in front of three professional drinkers with faces made of stitched-together car seats. This guy thinks he’s got the world figured out, but wait until Rooster and the boys knock him down multiple pegs! That’s also a practical part of Rooster’s process. He has to rough up his potential investment partners in order to see what they’re made of.

Adam must prove that SpeedETab works by testing it at a local West Texas watering hole. Never mind that this app would only be useful in the kind of obnoxious Las Vegas superclub where scoring Molly is easier than ordering a Heinekein — which Rooster would never drink anyway because he’s not a damn Commie. The bartenders hate the app because they think it will interfere with their ability to collect the tips that constitute the majority of their income. The bar owner hates it because the bar has to pay a percentage of every beverage sale made through the app. Rooster hates it because it limits the number of beers he can buy, which makes him think it “sounds like my damn second wife invented the app.” I think we can all relate to being the person whose spouse begs them to not order nine beers all for yourself at a bar while technically working.

Despite that gloomy sounding outlook, there’s never much doubt that the West Texas boys are going to invest in Adam’s company. Rooster, Butch, and Gil all seem like genuinely nice people with a healthy sense of humor about themselves that just want to help a young Adam Levine look-alike make his dreams into reality. There’s a cursory attempt to drum up some drama when Rooster and Adam can’t agree to financial terms, but the deal was sealed after the second commercial break. I knew it was over when Gil the hobbit gave Adam a touching bro-hug halfway through the episode.

These guys are sweet-as-hell softies with hearts of gold the size of the state proudly mentioned in the title, so much so that even when rejecting a horrible idea in a second segment toward the end of the show, you don’t mind. The offending concept in question is a tiny stick that lets you press buttons on ATMs without touching them. Rooster uses it to pick his teeth, which is a lot more charming than it sounds.

One can only hope that Matthew follows the lead of Mark Wahlberg’s appearances on Wahlburgers and shows up as a special guest investor, just so I can hear him debate the merits of a new space-age, solar-powered bird feeder/telescope/Wi-Fi hub. For a coastal twit like myself, there are few things more appealing than spending an hour or so with someone who sees nothing wrong with naming their child after their favorite beer and never leaves the house without a baseball hat. My life is complicated and exhausting. Rooster and Matthew McConaughey give us a glimpse of a world unencumbered by worry. If, by the end of this show, you don’t want to get drunk, knock down a bunch of mailboxes, set off some firecrackers, and piss in a rusty old bucket, then you may not be an American.