The Hard-Earned, Acidic Comedy of Hulu’s ‘Difficult People’ Is Worth Your Time 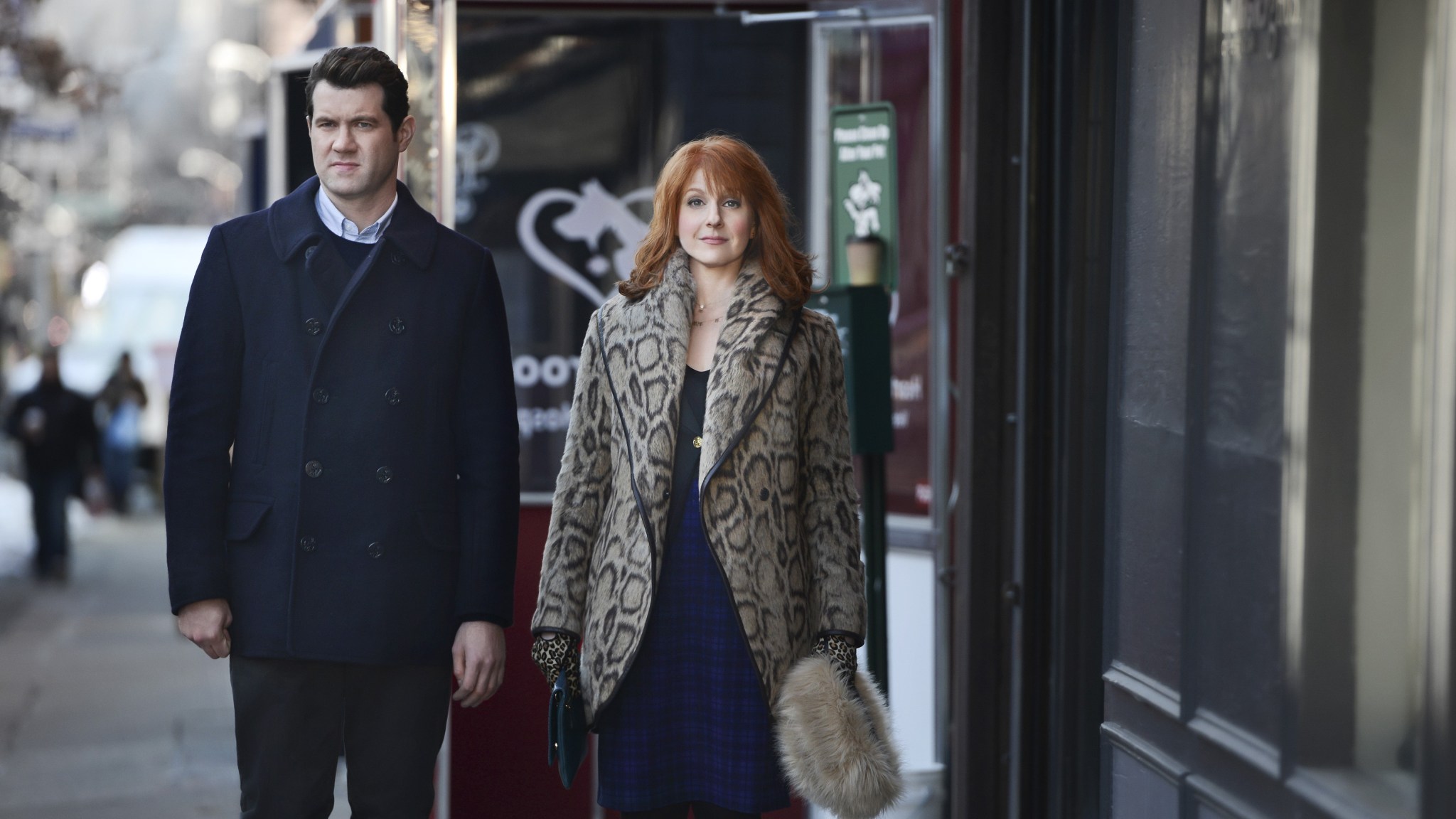 Difficult People is the type of show that finds people repeatedly mispronouncing David Byrne’s name to be very, very funny. If you do not find the repeated mispronunciation of David Byrne’s name, or assertions that Stop Making Sense has given David Byrne a pass on his “pretentious” solo career, or, most importantly, the idea that David Byrne would be hit by a car (and be fine) funny, Difficult People does not really want to include you in its audience. (It will if it must, but it won’t be happy about it.)

The series, from Julie Klausner, who has written and acted forever but is likely best known for her podcast How Was Your Week and TV recapping, and Billy Eichner, fresh off a high-profile guest role on Parks and Recreation and the Michelle Obama–endorsed show Billy on the Street (with a producing credit from Amy Poehler), which premiered yesterday on Hulu, wears its misanthropic heart and aggressive taste — what you might politely call “discerning” — proudly on its sleeve. Protagonists Julie Kessler (Klausner) and Billy Epstein (Eichner) are comics trying to make a go of it in New York. They’re comfortable but unhappy. And they hate pretty much everything. “Our lives are garbage and it’s the world’s fault,” Billy says while sitting in the theater before a matinee of Annie.

Difficult People pitches itself squarely in a long legacy of contemptuous comedy — particularly Seinfeld, with which it shares a sort of breezy Manhattanite weariness, earned by characters who have lived in the city for far too long. (One of the best things about Difficult People is that it isn’t about generic, overenthusiastic twentysomethings.) Twitter may be extremely important to Julie and Billy (one of Julie’s tweets is the crux of an entire plot, and Billy’s tweets lose him a potential job), but Difficult People filters that way of life through an unabashedly older comic sensibility, in which the bemused, constantly put-upon cosmopolitan is forced to repeatedly reject encounters with “polite society,” and in which jokes come fast but are still relatively clearly telegraphed and have straightforward punch lines.

Where many comedies these days — particularly ones on streaming services or more progressive cable networks — like to surprise with car-chase-speed plotting (Broad City) or undergird humor with displays of empathy or pathos (Transparent), watching Difficult People requires a slight readjustment back to the ordinary decisional physics of a sitcom (Billy needs to undertake an acting mission of self-discovery to learn what it’s like to have a father? Sure!) and the occasionally too-neat dovetailing of plot threads. No one knowingly comments on any of these things, because the show just takes place in a sitcom universe.

Accordingly, the first three episodes made available to critics feature a totally straight snobs-versus-slobs joke about how children spend their recess time; an overbearing but ultimately loving Jewish parent (the very fun Andrea Martin as Julie’s mother); and a cell phone mix-up at a party, all of which are played totally straight. (It’s not so surprising to remember that the show was originally developed for USA.) It’s not quite an “exciting” comedy, but Klausner and Eichner’s clear love of these old saws makes it clear that this is the show they wanted to make. That’s good, because their acidic chemistry is the centerpiece of the show.

Eichner’s comic persona is big and hyperbolic and borderline childish, so when he dumps someone for earnestly enjoying audience participation it makes total sense. Klausner makes for an effective foil, grounding the series with a furtive belief in her character’s comedy that’s both totally oblivious and oddly innocent, as well as giving unthinking support for Billy. She is forced to endure vaguely “feminist” topics of conversation. (“Did you know it’s a great time for women in comedy?” her mother keeps asking.) It’s fun to hang out in the closed circuit they create during kvetch sessions about comic storytelling, Deadline’s Twitter account, and the success of everyone they came up with.

Both characters are interested in show business success but have no memory for the many, many people they have insulted with too much cleverness, shutting off the potential for a cosign from someone like Bravo kingpin Andy Cohen. (“I like saying something crazy and leaving the room,” Julie says, describing the template for many of their scenes.) It’s them against the world, and the world is probably going to keep winning.

Each sitcom in this tradition has had to come up with its own answer to the question, “Why would anyone ever choose to hang out with any of these people?” (Curb Your Enthusiasm: Larry is rich and socially well connected; It’s Always Sunny in Philadelphia: Everyone tries their best to avoid The Gang but can’t, for various gravitational reasons.) That’s why some of the best moments of Difficult People come when the title moves toward an answer, encompassing more than just Klausner and Eichner — most notably when James Urbaniak’s Arthur, Julie’s PBS producer boyfriend, gets to display a hidden mean streak to match Klausner’s, or when Gabourey Sidibe, playing the owner of the restaurant where Billy works, takes every possible opportunity to clown him.

One hopes these other characters will be developed over time, because they provide a fun possible answer: Maybe everyone in this world is just awful, and Klausner and Eichner’s characters are the only people who are not only willing to admit it but the only ones capable of enjoying it. When they’re asked if they’re in comedy, Billy says, “Yes — unfortunately, yes,” with the practiced self-distancing of someone who knows, at least in theory, how he sounds to other people. But it’s perfunctory, because it’s clear that he and Julie truly enjoy performing. As catty as the world they’ve chosen to occupy is, that’s not a bug — it’s a feature. The rest of New York may give Billy and Julie hives, but their closed-off misery is something beautiful. They love being difficult.