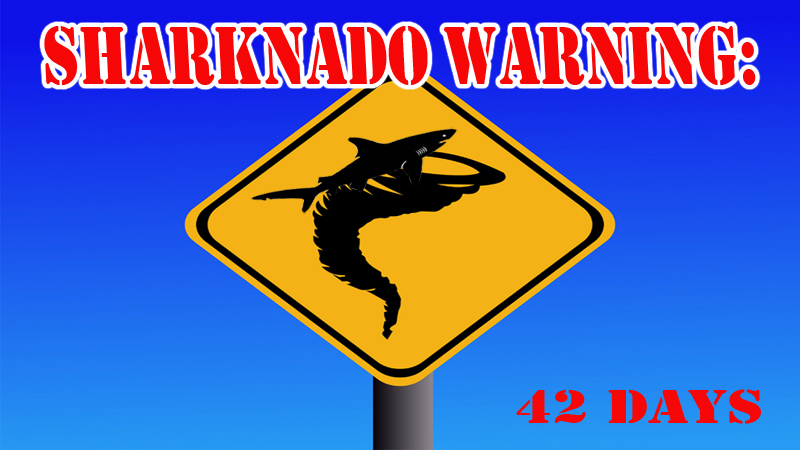 As of this writing, we’re 42 days out from the bitey-est weather front of the summer — the Syfy premiere of Sharknado 2: The Second One, stay with us — and star Ian Ziering is mid–press tour, which Syfy has apparently decided the film needs despite the existence of blogs. (It helps that Kelly Ripa and Michael Strahan, among other New York luminaries, make cameo appearances in the film, but where was the love for Ray Wise and Greg Grunberg in Big Ass Spider?) Ziering detailed on Live! With Kelly and Michael the difficulties of staging the cable blockbuster event of beach season before beach season actually got under way:

It was different because we shot here in Manhattan. That was challenging because we shot beginning of March, and there wasn’t a day over 32 degrees. There was one day we were shooting out at Citi Field where it was 4 degrees, and people don’t generally go outside in 4 degrees! … Your face freezes! I had to talk, I had to get everyone out of the stadium — “Let’s go, let’s go!” — but my face started to freeze; I couldn’t articulate!

In Sharknado news that could actually cost you money, if you wanted it to: Actors caught in inclement weather on threequel shoots would do well to avail themselves of this snuggly looking shark mask, available from the company store, but we’re holding out for this INAPPROPRIATELY ADORABLE Sharknado figurine, or perhaps this leftover dolphin that has been lovingly retrofitted with shark fins, a clear affectionate nod to the Asylum’s relationship with visual effects.