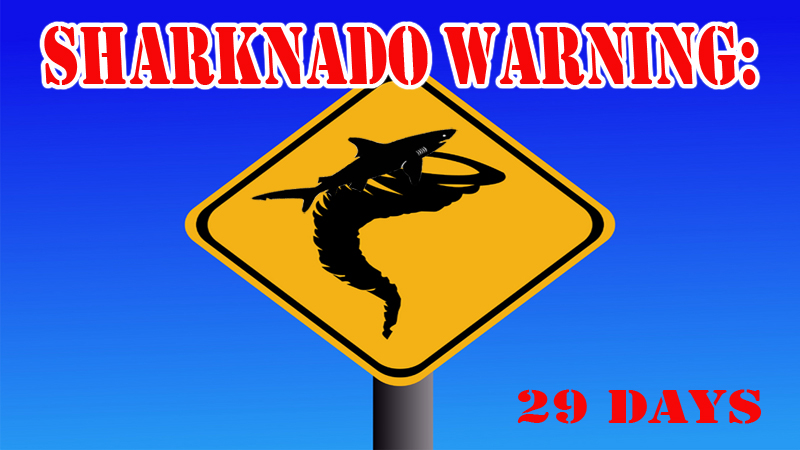 July is upon us, the thick of the most glorious time of the year in which to slough off work for personal watercraft activities, televised tennis or soccer, and breaking down newly released footage of the Sharknado sequel. A reminder: It is set to air on Syfy on the 30th. That is a mere 29 days from now. You have been warned, again.

00:02 — Was it really just 11-ish months ago that Tara Reid was feistily shooting down rumors she’d been chain-sawed out of the sequel? And here she is front and center doing promos. APRIL WEXLER ASCENDANT.

00:11 — That’s some unaccountably angelic light filtering down on Ian Ziering and Mark McGrath. Freeze the video and this could be lifted straight out of Unsolved Mysteries. Foreshadowing the sacrifice of one or more brothers-in-law?

00:24 — We don’t know what shark-centric weather phenomenon has transpired, leading these people to board a subway car with such haste, but Judah Friedlander is carrying a comically large wooden bat. 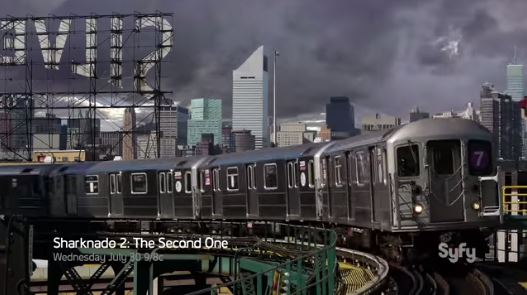 00:53 — The problem with having Ziering and McGrath talk here is that we have to refer to them as Fin and Martin, which reminds us that McGrath is playing a character named Martin Brody. With a wife named Ellen. Ellen and Martin Brody. If ever there were a moment to accuse a Syfy original movie, of all things, of hat-on-hatting, now’d be the time. What a dire statement that is.

01:11 — Please seek shelter under scaffolding, or even a sturdy awning, from the chunks of exposition raining down like so many sharks lifted from their natural habitats and whirled into the air by a waterspout the likes of which has not been seen since last year right about this time. 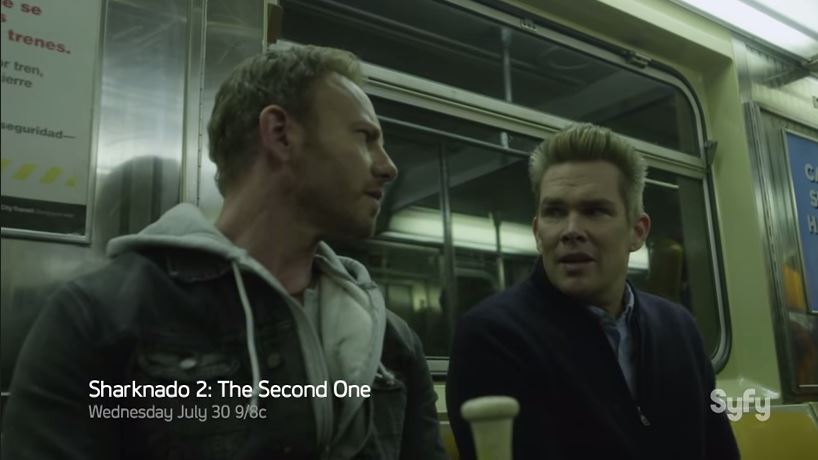 01:58 — This is like that municipal-worker subway sequence in Volcano, only with sharks. What is Anne Heche doing that’s so important that she can’t be in this movie?

02:01 — Ziering’s turn-and-growl “We’re in trouble!” game is on POINT. How long until we can have him start remaking all Clint Eastwood’s early hits? Can it please be while Eastwood is still alive to resent it?

02:21 — Look, if it were bandits or something, we can see why that one cop would feel the need to stay at the end of the car and protect its occupants from encroaching marauders. But what is he planning on doing against a torrent of water? 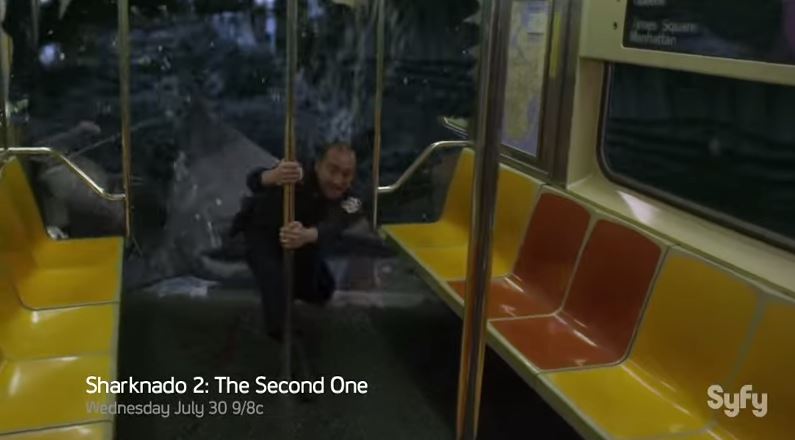 02:24 — BESIDES LOSING HIS HAT ALONG WITH THE ENTIRE BACK OF THE TRAIN AND GETTING MENACED BY A SHARK. Is this the moment where you, too, gentle reader, started to feel the first real pangs of uncynical hope for this movie? Whatever we lost with MARTIN BRODY, we’re getting back right now. There’s a ghoulish glee to this sequence that verges on the Emmerich-esque.

02:32 — Friedlander alone remains to defend Officer Setpiece with his (inflatable?) Lousiville Slugger, so for those of you scoring at home, our intrepid heroes’ arsenal for the sequel would seem to consist of the following: 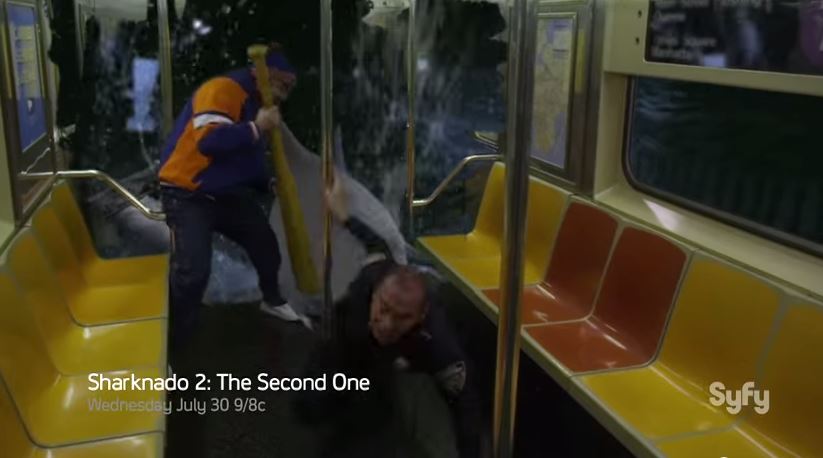 02:35 — Wait, is that the shark’s skin, or the floor of the subway car he’s hitting? Why is there clanging? Expecting gritty realism from summer Syfare is the foolingest of fool’s errands, but it seems like Foley artists maybe should’ve had a little more fun here. Unless the sharks have outfitted themselves with some sort of armor plating? Can’t rule it out.

02:53 — And is Fin about to lose a hand? How will that hinder his chain saw operation? Are we witnessing the rise of a new generation’s Ash Williams? We’ll find out July 30. Hang on to your giant bats. You’ll need them. 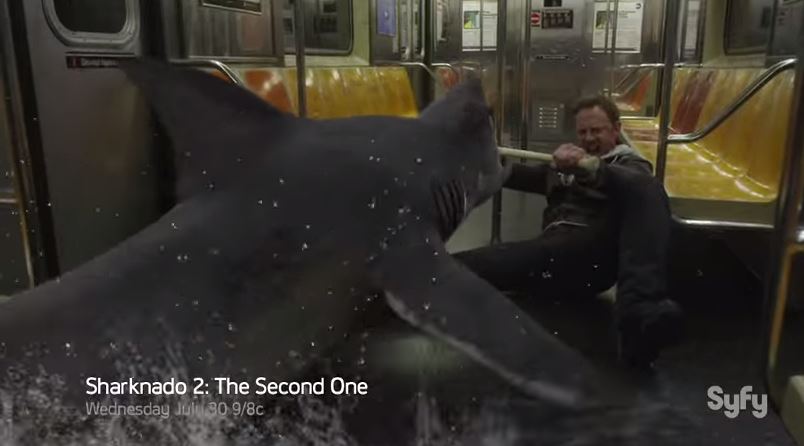