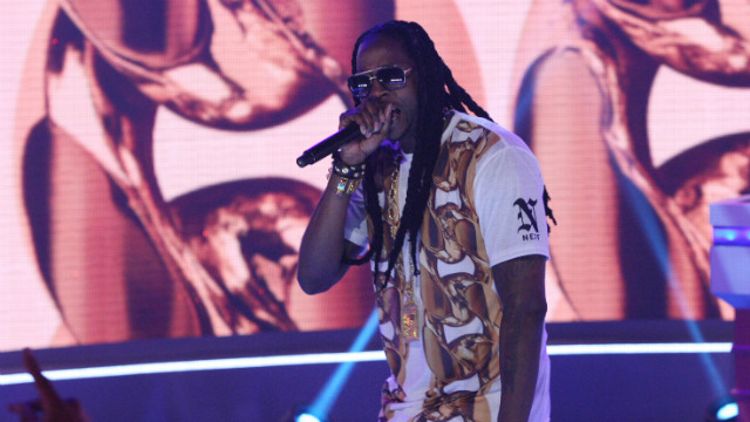 “My culture has changed. My style of eating has changed, because in order to do what I do, you have to eat a certain way.”

Those are the words of 2 Chainz, rapper, TV show guest star, video-game protagonist, and couplet-neckware pioneer, on New York’s Hot 97. He’s talking about eating as well as the release of his new album, B.O.A.T.S. 2: ME Time, because he has created perhaps the most left-field yet practical side project in recent rap history.

A cookbook. And it’s called … #MEALTIME.

You get it? I know, incredible, right?

The book is presented as a collection of tour bus recipes, put together by Tauheed and the Tennille to his Captain, Chef Aleem, and is offered digitally with the online purchase of his album.

On the surface, this just seems like another above-average marketing ploy, but if you’ve spent any time on the Instagram account HairWeaveKiller, you know that Mr. Chainz has skills with the spatula, as well as all of the other kitchen appliances that one can use.

Considering his foodie-centric Instagram presence, it really was only a matter of time before the people got the #MEALTIME they deserved.

Well, it’s here. And while the dishes and the images are beautiful, the thing that separates it from every other cookbook that has ever existed ever is the descriptions of the dishes.

It looks good. Great, even. I wonder how Mr. Tity 2 Necklace would suggest you prepare such a dish?

Seems pretty standard. Anything else?

This is so perfect, because it’s Tauheed either assuming that you have one readily accessible or stressing the fact that no meal can be prepared sans said apron, so before you turn on that stove, it might be best if you made a quick trip to the Versace Store.

Step 4: “While you wait, feel free to watch Belly on the big screen.”

Again, some Chainz assumptions, but all completely reasonable. Belly, for example, should be something that anyone attempting to better themselves should already have. The “big screen” is more of a stretch, but if you’re going to watch Belly, why not watch it on as large of a device as possible?

Step 5: “Before the movie is done, prepare grill or non-stick grill-pan and drizzle olive oil on pan.”

This is an incredible step, because he’s using units of measurement that people like myself can relate to. Not silly things like “in 20 minutes” or “at some point,” but “before the movie is done.” He’s not saying you have to do it at a certain scene, but at some point before Sincere goes to Africa, take a moment to drizzle some olive oil on the non-stick pan.

Step 7: “Cook for 3 to 4 minutes while blasting ‘Hit It With the Fork’ at an ignorant level.”

2 Chainz is never one to shy away from self-promotion, and you have to respect the fact that he thinks cooking his dishes goes best with playing his own songs, this one being “Fork,” the first song off B.O.A.T.S. 2. I’ve said this before, but this man might be a genius. Also, the “ignorant level” was implied, but I’m glad he spelled it out.

AND THIS IS JUST ONE RECIPE.

What about you, Tity?

Step 1: “Turn the lights down and light some candles.”

If there’s one thing I trust Mr. Chainz on, it’s the use of candles. I’ve long imagined candles were a big part of his life. My only desire is that he’d explicitly say which type of candles to get. I would hate to set up a bunch of my 72 tealights when he was assuming you’d just pull out a giant, 4-foot citronella and get to work.

Reading the recipes, you get the feeling that it’s a concept cookbook, but maybe B.O.A.T.S 2: ME Time is a food-based concept album. Maybe the dishes came first and they inspired the songs? This might just be our generation’s Quadrophenia.

While I do enjoy it when Chainz is explicit in his instruction, allowing the subjectivity that exists within “once the vibe is right” feels appropriate. Because my “right” vibe may be different from Mr. Billie Jean Red Leather Same Color Red Lobster’s. But maybe they’re not.

Step 4: “Pour the cheapest beer in the supermarket over crab legs.”

I LOVE THIS MAN SO MUCH.

Step 9: “Light some more candles and meditate. The vibe is so important to this dish that it is worth spending extra time to get it just right.”

The visual of this is somehow even better than 2 Chainz walking into a Kroger and buying a 24-pack of Michelob Ultra for his crab legs. I think he might be Batman.

What’s “Me Time” sauce? You’ll have to get the book to find out. A hint, however: It’s served in a dish surrounded by a gold chain and the first instruction is “Go to the mall, spend a handful of racks on a new outfit for the night.”

At this point, you should be pretty convinced I’m not making that up. Go learn about “Me Time” sauce and everything else 2 Chainz has to offer. Right now.