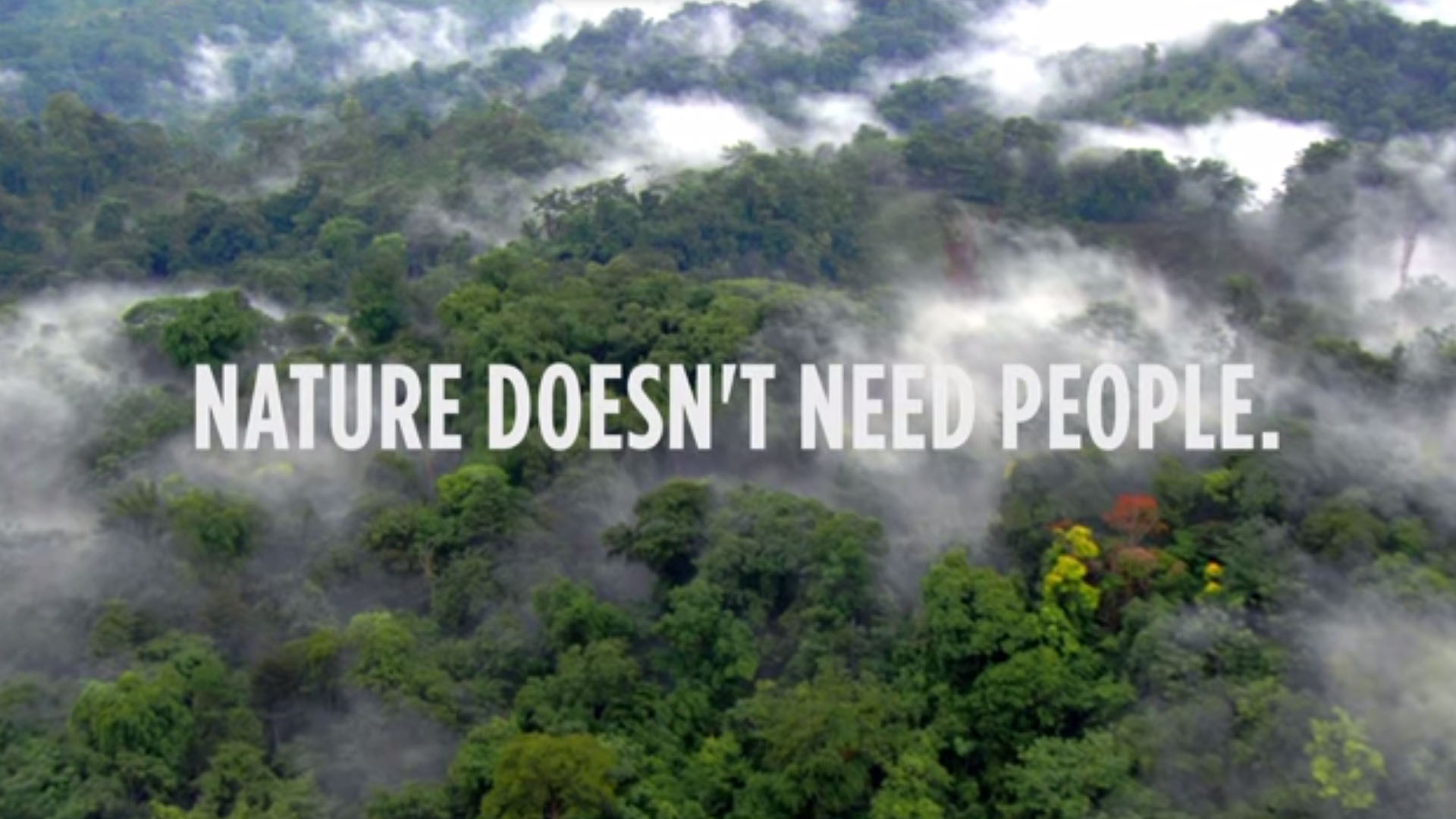 When it comes to talking about the environment, what group is more trusted than A-list celebrities? Scientists, probably, but never mind! The new environmentalism campaign “Nature Is Speaking,” from Conversation International, employs several big-name actors to voice elements of nature: Harrison Ford is “The Ocean,” Kevin Spacey is “The Rain Forest,” Edward Norton is “The Soil,” Penélope Cruz is “Water,” Robert Redford is “The Redwood,” and Julia Roberts is “Mother Nature.” (Coming soon: “Coral Reef” and “The Flower.”) The idea is to communicate that selfish humans need nature, but nature doesn’t need selfish humans. The voice-overs double hilariously as self-involved monologues that unintentionally comment on the current state of each storied actor’s career.

“I have been here 22,500 times longer than you,” Roberts says. “I don’t really need people, but people need me.” Is that shade toward Jennifer Lawrence, Mother Nature?

Kevin Spacey’s intoning “I am the rain forest” just begs for somebody to sample it and overlay it on top of Paul Hardcastle’s 1985 hit “Rain Forest.”

Edward Norton makes a plea for his somewhat diminished career of late.

“I am aching, broken, withering away. Are you paying attention? I am turning to dust.” I am Jack’s poorly disguised desire to be culturally relevant again.

Harrison Ford is a cantankerous ocean who will not go gently into that good night, reminding the entertainment industry of the permanent influence Star Wars had on its business model; “I am most of this planet. I shaped it.” That’s right, Harrison Ford, you snatch that crown of gray-fox vengeance back from Liam Neeson! “One way or another, every living thing needs me.” No doubt, these stars’ influence will continue to be felt thousands of years in the future, after civilization as we know it has disappeared and our jellyfish overlords return to their rightful seat of power. The jellyfish may spare Han Solo. He spoke for the sea.

These famous Planeteers have a good message, I guess? But why use celebrities to voice nature when you could use somebody like, say, David Attenborough, for whom caring about the planet is not just another fictitious, temporary role? Look, Harrison Ford is cool and all, but the ocean is so much cooler. When Harrison Ford speaks for the ocean, somehow it feels like he’s really just talking about Harrison Ford.

The Movies of 1994: ‘Pulp Fiction’ and the Making of Quentin Tarantino