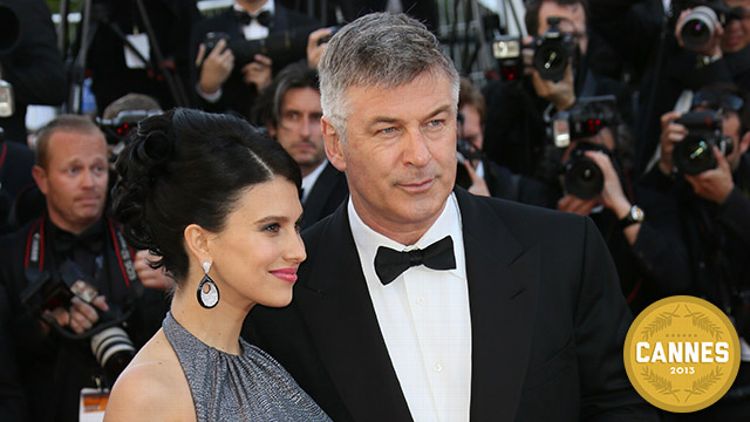 At some point this afternoon, there were only two ways to deal with the traffic on the Croisette: Cry or make someone else cry. The clog was bad by any (non-disaster) standard. Civilian vehicles had been rerouted to side streets to clear the boulevard outside the Palais for official cars. For pedestrians, this meant having to cross the main street well in from the usual intersection, with the aid of a sort of police-supervised jaywalking. But the traffic wasn’t being redirected for a handful of obedient promenaders. It upended leisurely promenades for thousands of people, from scores of countries, not all of which share the same philosophy of how to traverse a city by foot.

What ensued was vaguely comical. For a three- or four-block stretch, shopping bags, strollers, cell phones, ice cream, and cigarettes had been weaponized and were being wielded. I stepped on a woman’s foot right after scowling at someone who stomped on mine while texting. This was no place for street etiquette. Sadly, there was no escape. I had planned to see the movie that was the cause of the traffic: Valeria Bruni Tedeschi’s A Castle in Italy, a dramatic-comedy in the main competition.

Bruni Tedeschi is a popular actress and filmmaker in France and Italy. But she’s not the reason you block off an important section of a major street on the Riviera. The reason you do that is because Bruni Tedeschi is Carla Bruni’s sister, and Carla Bruni is the wife of Nicolas Sarkozy, the former French president. Rumors of the ex–first couple’s attendance remain just that. Neither the ex–first lady nor her man appeared to be in the theater when the film unspooled in front of a full house. But the hatches remained battened for the rest of the evening.

If Bruni didn’t make it from Paris or wherever, she missed her sister in rare manic form (her mother, Marisa Bruni Tedeschi, is pretty wonderful, too). The movie is a pleasant portrait of a Franco Italian family in decline. The patriarch is dead. His widow (Marisa) is living beyond her means in Paris. Their youngish son (Filippo Timi) is dying. And their daughter (Valeria) wants a baby, and, no, the shaky young actor (Louis Garrel) she’s just started dating doesn’t count. The clan owns an Italian villa they don’t want anymore. They also have a lot of staggeringly good art. The sale of one painting leads to a funny encounter with a very famous older actor at Sotheby’s.

Valeria Bruni Tedeschi is the sort of comedic actor who’d get herself hit by a taxi if she thought it would make you laugh or cry. The women she plays have no confidence but lots of personality: She’s Diane Keaton without the social-role-model mantle to uphold. Her character in A Castle in Italy is panoramically needy. The same goes for the movie, which she wrote with Noémie Lvovsky and Agnès de Sacy. It loosely has the scope of one of those good Diane Johnson imitations of Henry James and features a couple of strong scenes, but it doesn’t amount to nearly as much as it could have. If we were rating Cannes movies on how much of an avenue is worth shutting down to watch them, I’d say A Castle in Italy gets half a block.

The reason I got snarled in all that traffic is that I was walking away — staggering, really — from a speed-dating lunch with the team who made Inside Llewyn Davis, which premiered here over the weekend and is in the main competition. Officially, these encounters are called roundtables. But they’re actually 10-minute stands in which a handful of journalists sit at a table where the interview subject changes about five times in an hour: Justin Timberlake and Carey Mulligan sit down at a table that Joel and Ethan Coen have just left. (As you can imagine, there are more vulgar, more actionable analogies for these exchanges.) Aside from interrogatory ball hogs, these roundtables were actually pleasant, reasonably punctual, and respectfully conducted.

There are two reasons for bringing any of this up. The first is that Oscar Isaac, who plays Llewyn Davis, might be one of the most interesting actors I’ve never gotten to ask a question. This movie, when it’s released in December, will increase the demand for him, and he just seemed so happy and engaged and not yet the automaton that a career of roundtables must make you. In addition to being an actor (who’s been in movies you’ve seen on purpose — Drive, Sucker Punch, Steven Soderbergh’s Che, Madonna’s W.E.), he’s also a musician, who says he’d play gigs with his guitar in clubs in New York. He’s in his early 30s, his full name is Oscar Isaac Hernandez, and when someone asked how he felt about Joel Coen calling to tell him he’d been hired, he was still feeling it. Timberlake and Mulligan were vividly professional, but that isn’t quite the same as being human. Isaac was a pleasure to listen to because, for now, life is still surprising him.

The other reason to mention the roundtables is that I did them 30 minutes after seeing Omar by the Palestinian director Hany Abu-Assad, who also made 2005’s terrorism potboiler Paradise Now. It’s a serious enough movie to feel foolish sitting around eating risotto in anticipation of the arrival of the man who co-sang “Dick in a Box.” But this festival is about nothing if not cognitive dissonance. What Abu-Assad does here is muss the tidiness and contrivances of his Paradise Now. The new film focuses on the fallout after three friends murder an Israeli solder, and one, Omar (Adam Bakri) is tortured, then conscripted by a Mossad agent (Waleed Zuaiter) to rat on his two friends. What follows a rather basic first act is a series of well-done betrayals in which the three friends and the sister of one are mired in distrust.

What you miss in most depictions of the Palestinian situation is the sense that the conflict frays Palestinians. The separation wall, which is a pivotal device here, segregates them from each other. Abu-Assad makes clear the psychic oppression of occupied life while suggesting that, strategically, there’s an effective Israeli plan to turn the men it captures into rats. The movie’s hardly great — there’s one misunderstood betrayal too many, and the pivotal use of a gun is well-staged but dramatically convenient more than it is believable. And even though the setup for the final, angry image in Omar is improbable and totally absurd, the movie sends you onto the street with the gloomy reminder that settling this situation is going to require the biggest miracle there is.

Last year, Alec Baldwin created a lot of traffic here as he walked around town hoping to raise money to shoot a movie described by its director, James Toback, as Last Tango in Paris set during the Iraq War. Presumably for economy’s sake, Toback made the title his elevator pitch: Last Tango in Tikrit. He also planned to cast Neve Campbell as the woman (a reporter) who makes Baldwin’s erogenous dreams come true. A film crew followed the actor and his director as they met with potential financiers. The resulting documentary, Seduced and Abandoned, is the story of wallets freezing shut.

It’s also a watchable story about the Cannes Film Festival, the current state of the American movie industry, Toback’s general obnoxiousness (kept largely in check, to his, or an editor’s, credit), and the possible truth that Baldwin is not a star people need to see in a movie. The film is full of smart critics, famous actors and directors, and savvy money guys all making illuminating insights. But what these two have made is really five different movies, and none, alas (or maybe at least), is Last Tango in Tikrit.