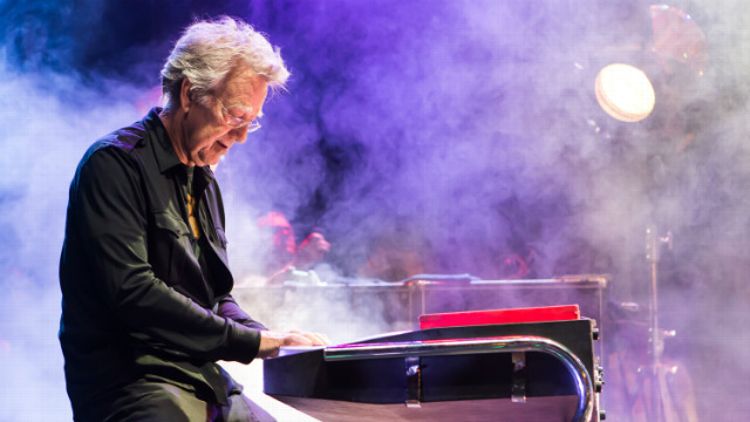 Do teenagers still go through a Doors phase? I mean, is that still possible? Jesus, I think it is. It’s not as if the Doors’ music is any more dated now than it was in the early ’90s, back when I went through my Doors phase and a lot of other kids at my middle school when through their Doors phases. Deciding at a certain age that the Doors are the coolest band that ever existed seems like a rite of passage on par with getting drunk in a park on a bottle of blackberry brandy — it might be a ridiculously misguided idea only a child could endorse, but it’s also transcendent. More than any other hippie-era classic-rock band, the Doors signify the danger, the excitement, and the mystery of adulthood as it could only be perceived by those who have zero conception of what being a grown-up is actually like. If you’ve never taken drugs nor engaged in sexual activity with a person other than yourself, Jim Morrison perfectly encapsulates the imagined awesomeness of those unknown pleasures, and the awesomeness said pleasures project on those who have experienced them. Putting on a Doors record at that age is like strapping on a pair of leather pants — no matter how it looks to the outside world, it makes you feel immortal.

Musically, the awkward confusion of the coming-of-age process was conveyed by Doors keyboardist Ray Manzarek, who died Thursday of bile-duct cancer at the age of 74. Informed by jazz and the blues, which he extrapolated into trippy psychedelia and Fellini-esque carnival noodling, Manzarek’s organ and piano licks ensured that even the Doors’ most upbeat songs had a patina of sullen pubescent moodiness. “As so often with Manzarek’s playing, you can hear memories of late-night TV creep-show movie marathons,” wrote rock critic Greil Marcus of the song “End of the Night,” a spooky deep cut from 1967’s The Doors. This was music made for after bedtime, under the covers, and at a low volume so the folks don’t wake up. It was manna for kids who craved something dark and goth-y and either didn’t want to dress like the Cure or believed they were too smart for Black Sabbath. Getting into the Doors meant you were self-aware enough about your own teenage alienation to get off on it, but not so self-aware that you recognized how self-indulgent that could be. Manzarek’s dirge-y emoting made wallowing in your own self-absorption seem deep, even aspirational.

Doors fans aren’t made, they’re born — they also grow up, at which point they usually stop liking the Doors. But Ray Manzarek never stopped believing. He was in many ways the biggest Doors fan of all. Nobody worked harder to keep the Doors alive for future generations. When the Doors started to fall apart in the aftermath of its only no. 1 album, 1968’s Waiting for the Sun, and Morrison’s arrest on charges of indecency, profanity, and public drunkenness at a concert in Miami the following year, it was Manzarek who held the band together long enough to make three more studio albums. After Morrison broke on through to the other side via a Paris bathtub in 1971, it was Manzarek who assumed lead vocal duties and dragged the decaying corpse of the Doors forward. Each time the Doors reunited — in 1978 for the American Prayer album, in 1993 at the Rock and Roll Hall of Fame, in 2000 for VH1’s Storytellers, in 2011 for the Skrillex collaboration (!) “Breakin’ a Sweat” — it was Manzarek who acted as the most enthusiastic cheerleader. “We might do some stuff in that direction,” Manzarek enthused to Billboard about “Sweat,” which he saw as the opening salvo in a new chapter in the band’s history. “That’s the new realm of music, electronics. Electronics can go anywhere, so that’s what I’m looking forward to in the future.”

Manzarek was also a fixture in countless documentaries about the ’60s, always game to dust off well-rehearsed anecdotes about how the Doors formed and the role the band played in The Magic and Madness of That Glorious Time™. The Doors origin story is reenacted in Oliver Stone’s maniacally hyperbolic 1991 film, when Val Kilmer’s Jim encounters Ray (played by Kyle MacLachlan) on Venice Beach and sings him the corny ballad “Moonlight Drive,” which is enough to convince Manzarek that the two of them can form a band that will make a million dollars. At 26, Manzarek was a little old to be starting a rock group in 1965 — and not terribly hip, either. In the band’s promo photos, Manzarek always looks like the insurance office’s resident beatnik. There’s some of the debauched Middle American squareness that MacLachlan brought to Blue Velvet and Twin Peaks in his version of Manzarek, which is appropriate — nobody hero-worshiped Jim Morrison more than Manzarek, or was more transformed by Morrison than he was.

For more than 20 years, I’ve gone back and forth on loving and hating the Doors. But I think I’m now permanently on the side of loving them. Yes, Jim Morrison was an amoral gasbag whose greatest artistic achievement was looking great while reciting terrible poetry. But he looked really great, didn’t he? And what exquisitely terrible poetry! With Manzarek — and Robby Krieger and John Densmore, who surely will find a way to tour together as a duo, no matter their recent acrimony — Morrison is responsible for the hoariest, most indestructible strains of rock-and-roll mythology. And Ray Manzarek was his John the Baptist — the 40-plus years of adolescent Doors phases is his greatest legacy.