CancellationWatch: CBS’s We Are Men 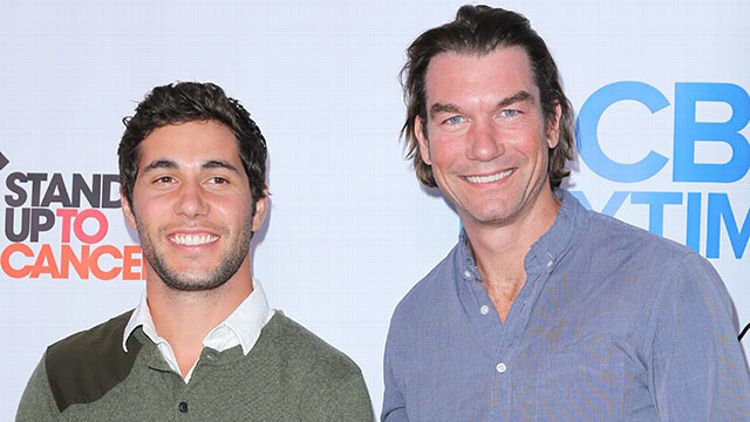 How Long Has It Been On? Two episodes

How Long Does It Have Left, Doctor? Zero more episodes. (Although the fate of its full 13-episode order is TBD; CBS might burn those off someday.)

Does It Have a Replacement? 2 Broke Girls will take over the 8:30 p.m. time slot; Mike & Molly will return on November 4 to fill the empty half-hour at 9 p.m.

How Bad Were the Ratings? It’s only this fall’s second cancellation, and the first comedy to drop. (If it’s any consolation, the other newly dead series, ABC’s Lucky 7, also made it just two episodes! Says Variety: “The problem for We Are Men (1.8 rating/5 share among viewers 18-49 this week, 5.4 million viewers overall) has been that it has lost a third or more of the audience from [How I Met Your Mother], creating a domino effect that might be affecting the remainder of the Monday CBS sked. It was the same concern that led CBS to pull Partners from its Monday 8:30 p.m. slot a year ago, albeit after six episodes. … CBS clearly wants to give 10 p.m. limited series Hostages — starring Toni Collette and Dylan McDermott and exec produced by Jerry Bruckheimer — its best possible chance of recovering from a start that has seen it fall after three weeks.”

When Will We See These Actors Again? Tony Shalhoub? Who knows. Dude did Monk for most of a decade, and a ton of Wings before that. He’s apt to chill, maybe find an indie movie for himself. Kal Penn you’ll probably see tomorrow; he’s already wrapped a new movie called The Sisterhood of Night. O’Connell you may never see again.

Reassuring/Insincere Sound Bite From the Network: Nada. So we have to imagine it would’ve told us not to worry, that HIMYM's final season will continue to be the best and Mike & Molly will be the best when it comes back, too, and isn’t 2 Broke Girls great?

What Does This Mean for CBS? Not much. Don’t forget they’ve got a Robin Williams sitcom crushing the ratings on Thursday nights.

What Might Be the Next Show Canceled? In a perfect world, Fox’s Dads. In the actual real-life world we live in, maybe NBC’s Sean Saves the World.

How Should I Mourn? You don’t have to mourn. There is an abundance of programming about dudes being dudes. Go enjoy it.

Kris and Bruce Jenner Part Ways, and Other Evidence Love Is Dead From This Week's Tabloids