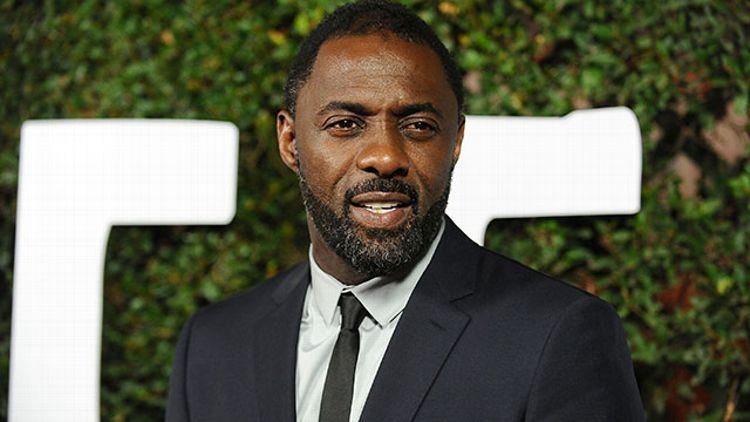 Yesterday’s news that Idris Elba is circling the villain role in the next Star Trek film was met with the characteristic high-pitched squeal I employ just about anytime something magical happens in the world. Elba is an angel sent from above to bring light, joy, and freedom to the small creatures down here on this miserable rock we call a planet. I only hope that his next miracle is digging Star Trek out of a hole that looks something like this, only bigger. From the outside, the 13th Trek movie has seemed like a troubled production for quite awhile, and any news is good news because the future of the franchise is riding on the success or failure of this film.

Star Trek Into Darkness, the 12th and most recent film in the series, was positioned to be the franchise’s greatest achievement. After successfully rebooting the franchise in 2009, J.J. Abrams’s follow-up had all the signs of a runaway box office juggernaut. To be specific, it starred legend/icon/master thespian Zachary Quinto and it had the word “Dark” in the title, which, as you probably learned from The Dark Knight, is usually a sure sign of quality/darkness.1 The movie didn’t bomb, but a combination of a convoluted, mysterious marketing campaign and a retread plot that alienated the core fandom meant Star Trek Into Darkness made slightly less at the domestic box office than the previous movie. After almost 50 years of franchise history, the potential for Star Trek to be the crown jewel in Paramount’s vast array of intellectual properties has never been fully tapped.

Star Trek 3’s2 development has been wrought with false starts. First, reboot writers Roberto Orci and Alex Kurtzman were coming back. Then they ceased to function as a team and were replaced as writers by J.D. Payne and Patrick McKay, with Orci supervising. Later, Orci lobbied for the directing job and was given it despite possessing no feature film directing experience. Finally, Orci was suddenly removed from the project completely and Justin Lin, of the Fast & Furious franchise, was brought on to direct. Oh yeah, and only a year and some change is left before the film is supposed to come out and there’s no final script. Simon Pegg and Doug Jung are still working on that part of the equation. I would make some cheeseball “red alert” joke here, but we’re better than that, aren’t we?

Now we have a casting rumor that is turning Internet chatter back to the side of cautious optimism. A trendy, in-demand actor getting cozy with this project makes it seem slightly less doomed. Elba has a habit of elevating whatever project he works on and has one of those wells of charisma that convinces people like me to see movies they’d never dream of actually paying good money for. Yes, there was a time when I considered seeing The Gunman just for Idris Elba. I didn’t, but I had a real moment of weakness. I wouldn’t say he’s stepped out of his “strong, silent type” shtick to show American audiences his range yet, but that’s almost not important. He is not and never will be a character actor. The magnetism and gravitas of a leading-man movie star seem to come naturally to him.

In Star Trek 3, though, those star qualities might be covered by makeup. The prevailing rumor is that he’ll be playing a Klingon, one of the noblest traditions in acting. All the greats have put on those pronounced forehead ridges: Christopher Lloyd, Christopher Plummer, John Larroquette from Night Court, and umm … James Worthy? Yes, Lakers legend James Worthy played a Klingon in the Next Generation episode “Gambit: Part 2.” These are big shoes for Elba to fill, but fill them he must, because this movie is currently losing the PR war.

Unfortunately for the studio and the filmmakers, it’s not enough to just make a movie these days. Marvel3 has turned the release cycle of its films into a perpetual-motion machine of hype that is so intricate, elaborate, and efficient that it hasn’t had one of its films outright bomb since starting in 2008. Marvel can hold a press conference just to reveal the titles of its movies. Every other studio is playing catch-up, but the team in charge of Star Trek seems like it’s not even running the same race. 2016 is the 50th anniversary of the premiere of the original Star Trek TV series, and the movie intended to mark this occasion can’t seem to find its footing. The recent death of Leonard Nimoy and the outpouring of emotion that followed underlines how important Star Trek is to our popular culture, so why can’t this franchise be as tightly run as Star Wars, Marvel, or James Bond? Instead, it seems almost as dysfunctional as the Spider-Man series, burning through creative teams and scripts like a dog goes through tennis balls.

James Bond is actually worth looking at for inspiration here. 007 was confidently rebooted in Casino Royale, but its follow-up, Quantum of Solace, was considered a misfire by critics and audiences alike. It was grim, slight, and a tad dull in patches. Skyfall was a deliberate course correction helmed by Oscar-winning director Sam Mendes and costarring Oscar-winning actor Javier Bardem as the villain.

A hot-class injection was exactly what was needed to get audiences to take these movies seriously again. It was also released during the 50th anniversary of the first James Bond film, which had the added benefit of giving Sony an entire calendar year of promotional opportunities. Skyfall was a massive hit and the franchise is now back in business, with a new James Bond adventure, Spectre, set to come out this fall. The potential casting of Elba could lead to Star Trek’s Skyfall moment, a prestigious return to form during a major anniversary that simultaneously satisfies longtime fans looking for a nostalgia trip and reinvigorates a classic series for a new generation. One actor isn’t going to solve all of this project’s issues, but when the actor in question is Idris Elba, it’s a very, very good start. And if this doesn’t work out, I guess Elba can always, you know, play James Bond.