Britney Spears’s New Single, ‘Perfume,’ Hints at the Sensitive Side of Britney Jean 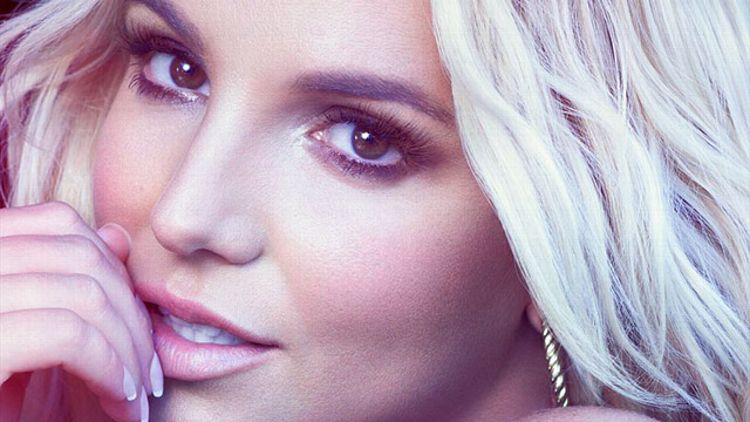 After a big rollout by her publicity team, Britney Spears’s most recent single, “Work Bitch,” stalled on the charts and never even made it into the pop heroes’ circle currently monopolized by the likes of Katy Perry and Lady Gaga. It was a big disappointment for fans anticipating her upcoming album, Britney Jean, as well as a reminder that no artist is indestructible, particularly in the fickle youth-centric landscape of pop music. “Work Bitch” sounded a little tired, even through Britney seemed more focused than she has in years. The music video was hyped up and hoped to help sales, but even Britney using her famously damaged knees in the choreography didn’t help the song make much headway toward becoming no. 1. Then Britney let it slip during a radio interview that she hadn’t so much chosen the video’s sexy dominatrix theme as she had been pushed into it, and that she had asked for several edits to tone down the raunchiness.

Britney’s “I’m a mom” rhetoric didn’t sit well with everyone, but she’s our Britney, and it’s her choice. And unlike other pop stars (cough cough, Katy), Britney wasn’t so much commenting on the sex-saturated state of the industry as just making a plea for herself. She doesn’t want to wear the latex leotards anymore, so why make her? Just because fans want Spears to emulate the look she established as a teenager doesn’t mean she has to. Maybe she’s tired of being compared to her sexually precocious underage self and being accused of coming up short. With her Vegas residency starting soon and 31 years under her belt, Brit Brit should be able to coast on nostalgia and her catalogue of platinum hits without also needing to strip every night to make the audience sure that her abs are still high-def.

As 20-year-old Miley and her pasties have risen, Britney and Katy, on the other side of that decade, have both made statements about not wanting to be wearing the ceremonial bustier of pop into the later years of their career. Madonna was 34 when she put out her explicit coffee table art book Sex, and she has been accused of being sexually age inappropriate since at least around then. It’s interesting that Katy and Britney have come out to say they don’t want to follow in Madonna’s footsteps, since she so clearly paved the road for both. Maybe they lack the tough shell that enables Madonna to weather the constant criticism and always just keep it moving. Despite the toughness she performs in songs like “Work Bitch,” Britney has always seemed like a much more delicate soul.

Madonna took a brief sojourn from sex for her “spiritual” 1998 album, Ray of Light, which she made about the time she turned 40. That album enabled Madge to prove she was more than just a cone bra; she was a denim shirt too. A Ray of Light–style makeover might be just what Britney needs, and it seems like that’s the direction Britney Jean is now poised to take. Her new single, “Perfume,” is a ballad that Sia Furler cowrote with Britney herself. Sia has gifted Britney with a downtempo ballad that is the polar opposite of the “in da clob” Britney’s last few albums have led with. What fans loved about Blackout wasn’t that it transformed Britney into a pop cyborg, it was that (much like Madonna) Brit’s pronunciations of the word “baby” have more personality than other singers’ whole songs.

Earlier this year, Spring Breakers reminded the world that “Everytime” is just as crucial to the Britney discography as “Toxic,” and in “Perfume” we get wounded Britney, jealous Britney, sad girl Britney. Over a synth arrangement reminiscent of Madonna’s “I’ll Remember (Theme From With Honors),” Britney sings about suspecting a lover of being unfaithful, vowing to mark him with her perfume so the other woman will be able to smell it on him. It is impossible not to think about animals peeing on each other when you hear these lyrics, but what a strong image! Sure the chorus is a little strained, but it’s just so nice to hear Britney be a human again. What her vocals lack in technical skill they more than make up for in specificity. Britney’s strength has always been her ability to sound like an everygirl.

No longer an everygirl, could Britney finally be an everywoman? All the post–“Work Bitch” press releases and team comments about Britney Jean have emphasized the word “personal” so much it’s hilarious. But they really mean it! This is going to be a personal album for Britney in which she is human and vulnerable and adult. Yes, those are exactly the same terms that were tossed around in the rollout for Katy Perry’s PRISM, and yes, that album has been received as a relative disappointment, but Britney never promised us a dark album. She has already delivered on that front. Now it’s time for her to let the light in. Britney doesn’t have to end up the way her song “Lucky” prophesied she would. Madonna wears the ritualized pop star leather bikini because she wants to, but if Britney doesn’t want to go down that road, she doesn’t have to. If the rest of Britney Jean is anything like “Perfume,” she might have just laid the track.