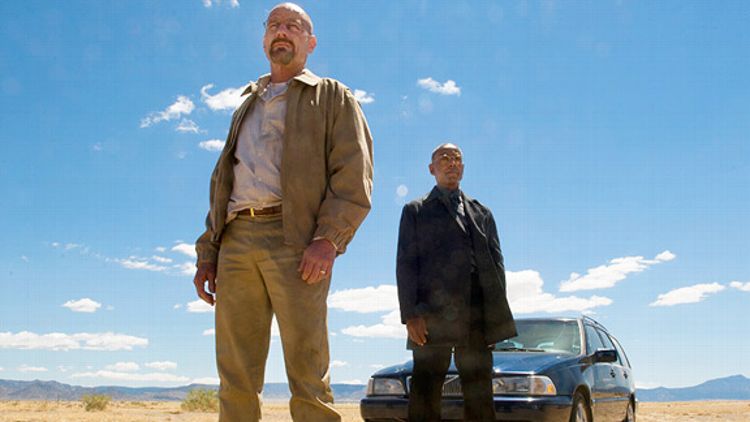 Somewhere, I’m sure, there’s a message board on which people are currently whinging that this fourth season of Breaking Bad is too slow, too staid, too something, that the show, painting itself into a corner with 19 episodes left to go, has no choice but to drag out the story and the relationships. And while there’s no pleasing everyone, ever, about anything, it would be difficult for even the grumpiest of trolls to posit that nothing happened on this third-to-last episode, or that the plot’s threads aren’t being knotted and unknotted with force. To wit, a sampling of dramatic proceedings and revelations in handy, impactful, ostensibly argument-supporting bullet-point form:

So, that’s kind of a lot. Breaking Bad’s calling card has always been to put its characters into deep holes, only to sharpen the shovels so they can dig deeper, so it’s hard to argue that there isn’t a plan in effect here. Walt is the world’s best/worst escape artist, always getting out of one dead-end situation to find a more dire one, but the last eight minutes of “Crawl Space” feels like a new level, even by the show’s standards. Granted, whatever’s left in those vacuum-sealed bags would be sufficient to live on for a little while, but is hardly reflective of the risks Walt has taken and the sacrifices he’s made, at least as his soul is concerned, over the tumultuous past year of his life. There’s no question Walt could pass for an anonymous schlub in some distant cul-de-sac somewhere without raising suspicion — if Hank isn’t clued in, no one ever will be — but any chance of a clean getaway seems scuttled.

Oh, and the coughing. So much coughing. If the season ends without Walt looking into his palm at a hacked-up glob of cancerous sputum, then we’ll play Russian roulette with Jesse’s pack of Parliaments.