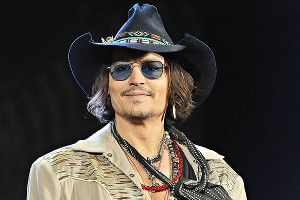 This week, The Hollywood Reporter brings word of two massive, star-studded Hollywood productions experiencing some, um, technical difficulties. One of the pair, The Lone Ranger, is no surprise: The re-teaming of Pirates of the Caribbean power duo Johnny Depp and director Gore Verbinski has already been grounded once, when its budget escalated beyond $250 million. Eventually (and surprisingly) the project got back on its feet by slashing its budget all the way down to $215 million — but, now, amazingly, costs have crept right back up to the original mark. Meanwhile, World War Z — an adaptation of Max Brooks’s postapocalyptic zombie novels whose star/producer Brad Pitt was hoping would be utilized as a “Trojan horse for [depicting] sociopolitical problems” — has been unmoored. Apparently Pitt’s handpicked director, Marc Forster, a novice in the effects department, has not been able to dictate his vision to his crew; meanwhile, a string of expensive effects experts hired to work for Forster and save him from exactly this kind of situation have not panned out. Right now the movie is over budget, at $170 million, and in need of expensive reshoots to save the third act. (Screenwriter Damon Lindelof, coming off a big W with Prometheus, has been brought in to punch up the ending.) Says an anonymous insider of the World War Z footage currently on hand: “It’s a great first 45 minutes, maybe even an hour.” And he means that in a positive way!

But we did not come here to gloat over the troubles of blessed, beautiful people. We came here to wring entertainment out of them. Look, it could be a while before either blockbuster ever makes it to the screen; we gotta get our prospective money’s worth starting now. OK: Which on-set issue is more laughable? Is it:

A. The Lone Ranger‘s biblical-weather-esque/train issues? THR: “Many working with Verbinski are not surprised by cost increases. The Pirates of the Caribbean filmmaker is known for budget-busting on many of his projects. Period trains are a huge element in the movie, say sources, and Verbinski opted for the production to construct its own locomotives from scratch rather than employ existing railroad vehicles. Plus, several sources say the project has experienced severe weather disruptions, including wind and dust storms that damaged the pricey set.”

B. World War Z‘s accidental terrorism? THR: “In October, proceedings were disrupted when a Hungarian anti-terrorism unit raided an airport warehouse and confiscated 85 fully functional automatic assault rifles that were to be used on the shoot. (The guns were not supposed to be operational, and it is illegal to transport such weapons into the country.) With the movie already behind schedule and over budget, Pitt was said to be livid at the mistake — and perhaps wearying of a project that was showing no sign of ending.”

You make the call!