Box Office Top Five: ‘Ride Along’ Still Riding, Along With Everything Else 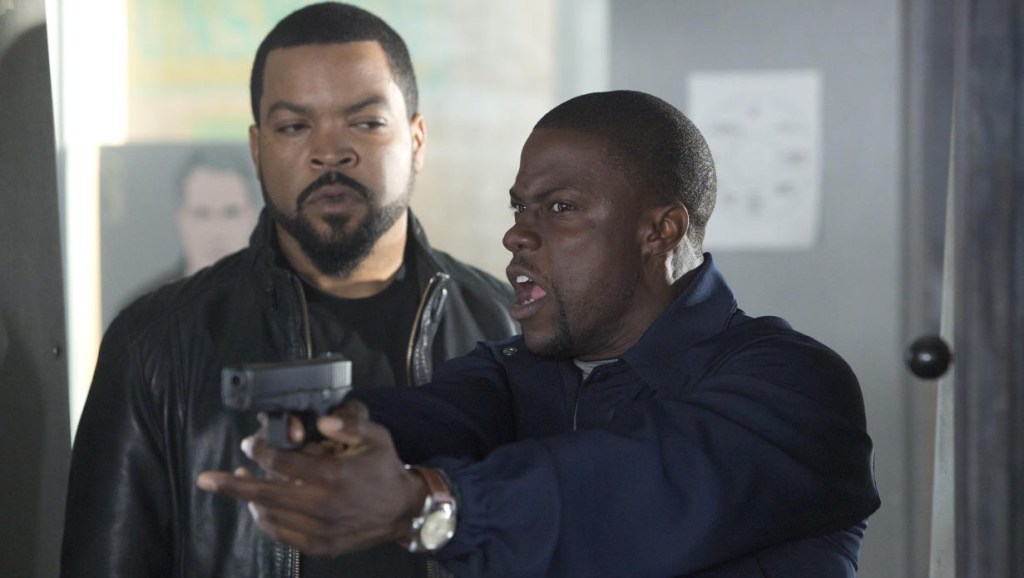 Recognize this one from last week? Most Ascendant Arena-Comedian of Our Moment Kevin Hart and Crazy Mother-Father Named Ice Cube, teaming up for a movie about funny fellas with attitude? Well, get used to that sensation — you’ll recognize everything else in the top five, too. There are zero changes this week except a tussle between fourth and fifth place, meaning moviegoers treated Aaron Eckhart’s I, Frankenstein with the exact lack of seriousness it was begging for.

Continuing the trend of movies sticking around but making a decline in dollarage, Mark Wahlberg and Peter Berg’s tale of  four Navy SEALs on a mission in Afghanistan saw a 43 percent dip. It’s still in the top two for a fourth consecutive week, though.

Spooooky trade secret: Some news organizations occasionally write premature obituaries for celebrities and folks of note, just to have ’em mostly ready when someone croaks. I may or may not be working on one of those for The Nut Job as The Lego Movie and its February 7 release date joyously stampedes this way. (That movie’s gonna rule. C’mon.)

… but I could also see a world in which Frozen shoots back to the top just to spite The Lego Movie. We’ll see. At this point the icy, singsongy box-office monstrosity — $810 million worldwide!! — has been in the top five almost as long as motion pictures have existed.

If you’re surprised that another Intense Spy Movie in the Vein of Mission: Impossible and the Bourne Movies is ready to disappear from sight after its second week in theaters, I dunno what to say. You’re betting on the wrong horses.

Also notable: The aforementioned I, Bombenstein took sixth place with $8.3 million. “That’s less than half of last year’s Hansel & Gretel: Witch Hunters, and is a far cry from the $20-million-plus debut for each of the four Underworld movies,” writes Box Office Mojo. “Plenty of bad movies do decent business each year — that’s because studio marketing departments spend plenty of money pulling out the best parts of these duds and piecing together marketing material that makes them look mildly appealing. Unfortunately, I, Frankenstein is the rare case where there doesn’t seem to have been enough to even produce a coherent two-and-a-half minute trailer. Audiences figured this one out and for the most part stayed far, far away.”

Leading the Oscar nominees in seventh, eighth, and ninth place were American Hustle ($7.1 million), August: Osage County ($5.04 million), and The Wolf of Wall Street ($5 million, tipping it $2 million away from $100 million). Dallas Buyers Club also expanded to 1,110 theaters, its largest amount yet, and pulled another $2.05 million in the process.