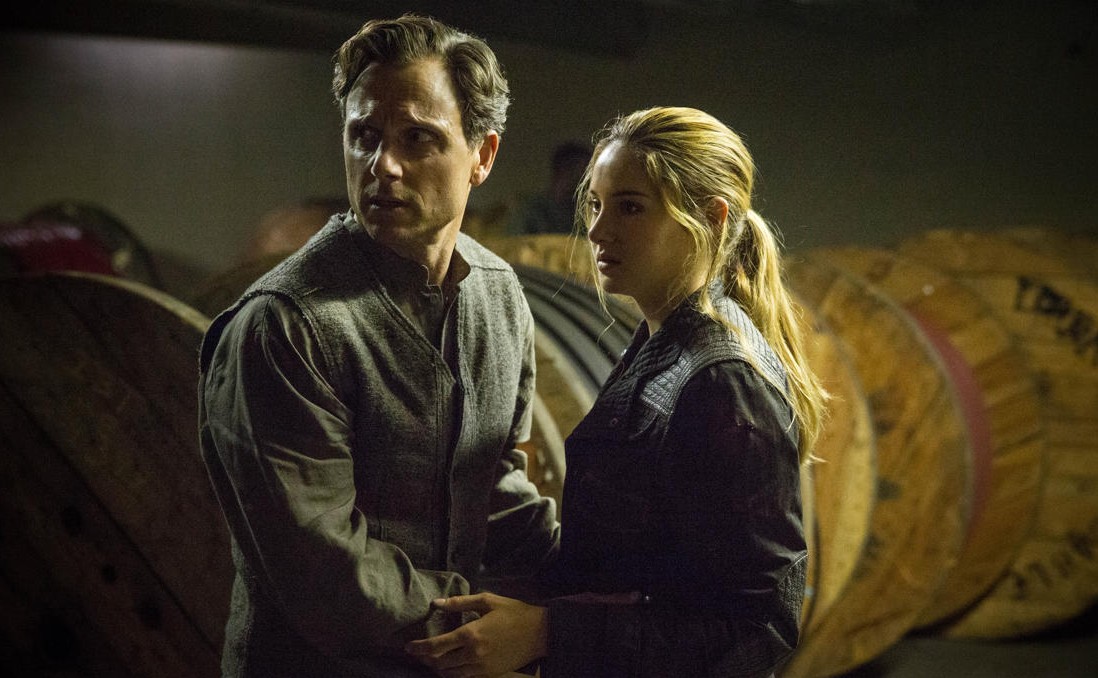 Divergent already has the go-ahead for Part 2 of its trilogy, and now the debut is 2014’s second-biggest movie and the no. 8 all-time best opener in March. Let’s go ahead and compare it to some other young-adult franchise-starters:

Perhaps the best news of all? If things go according to plan, the third and final novel, Allegiant, will appear as a SINGLE MOVIE in March 2016. All hail the end of the reign of unnecessary YA two-part finales!

2. Muppets Most Wanted, $16.5 million (opening weekend)
Guess you only get one big comeback per decade? 2011’s The Muppets wasn’t a crazy success with its $29.2 million opener, but it was widely liked and seemed to lay the groundwork for a strong new run. Would Most Wanted’s debut have turned out any better with Jason Segel’s adorable mug on the posters again?

3. Mr. Peabody & Sherman, $11.7 million ($81 million cumulative; last week: no. 1)
This one’s based off ancillary Rocky and Bullwinkle characters and doesn’t look especially inspired, but it opened two weeks ago at double Muppets Most Wanted’s earnings. Step up your taking-the-kids-to-the-movies game, parents.

5. God’s Not Dead, $8.6 million (opening weekend)
Never heard of this little fella? Well, it’s only playing at 780 theaters, so that kind of makes sense. But it did super well, ranking “seventh all-time among faith-based movies … [and] first among those opening in fewer than 1,000 theaters,” Box Office Mojo writes. “God’s Not Dead had a grassroots marketing effort targeted specifically at Christians, who often feel neglected by Hollywood. The movie featured Duck Dynasty stars Willie and Korie Robertson, along with popular Christian rock band Newsboys (who have an album titled God’s Not Dead). At least as important was its intriguing story, which centered around a devout Christian college student’s philosophical battle with his atheist professor.”

Also notable: In its second weekend, Need for Speed is out of the top five with $7.8 million. The Grand Budapest Hotel’s slow, successful expansion continued, moving from 66 to 304 theaters and adding $6.75 million to bring itself close to $13 million. And Frozen earned just $734,000, meaning it made more than $2 million each weekend of release right up until its record-breaking home video debut last week.

On Last Night's Shocking Episode of 'The Good Wife'