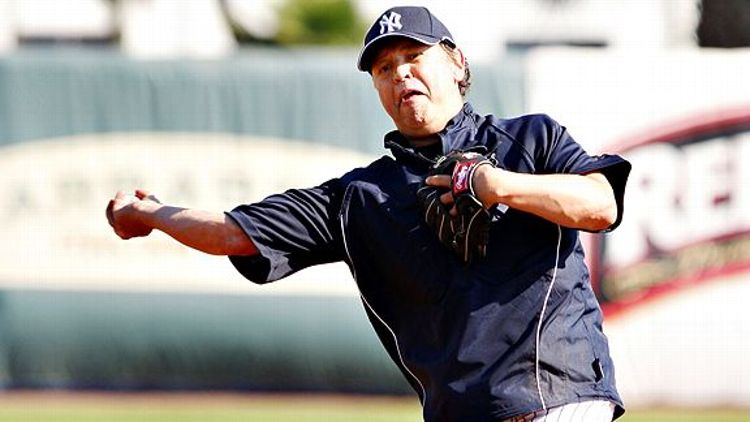 As previously rumored, Billy Crystal has indeed been hired to replace Eddie Murphy as Oscars host, for his ninth go-around on the hosting carousel. After the news was confirmed, Billy tweeted “Am doing the Oscars so the young woman in the pharmacy will stop asking my name when I pick up my prescriptions. Looking forward to the show.” Your 84th Academy Awards host, everyone! Grade: B- [Deadline]

The Early Show, CBS’s third-ranked morning show, has hired Charlie Rose and Gayle King as part of an overhaul. Starting at some point next year, Rose will co-anchor the 7 a.m. spot while King gets the 8 a.m. It’s a little know fact, but this actually isn’t the first time Charlie and Gayle have been linked together professionally: for a few months there toward the tail end of 1983, both were enlisted in Afrika Bambaata’s Zulu Nation. Grade: C [HR]

A Very Harold and Kumar Christmas director Todd Strauss-Schulson is in talks for Family Getaway, a comedy about a family who discovers their patriarch is an assassin when a rival shows up to wipe him out up in the middle of a vacation. It doesn’t yet seem like Todd’s next project will, like H+K, and also feature a baby high on cocaine, but, yeah, sure, we guess it could be okay. Grade: B [HR]

Dave Barry and Alan Zweibel‘s novel Lunatics has been optioned by Universal Pictures as a starring vehicle for Steve Carell. The dude will play the owner of a pet store whose minor feud with a fellow soccer dad blows up into something that has worldwide consequences. By the way, this is seriously like the tenth prospective project Carell is signed up for. And we are growing concerned that Steve isn’t actually reading these scripts, but rather absentmindedly signing on, as he’s playing Nintendo 3DS, while an assistant lazily explains the basic plot points. Grade: C [HR]

Natasha Lyonne has signed up for the indie drama Playdate, starring as Amy, a bummed-out stay-at-home mom who befriends a fellow mother named Grace (Radha Mitchell). Everything is going fine “until Grace reveals a vicious streak and begins destroying Amy’s life, a spiral that ends with the mysterious death of Grace’s husband and Amy as the prime suspect,” of course. The lesson here: don’t have children. Or friends. Grade: C- [Deadline]

Starz is developing a six-hour series called Harem, set in the Ottoman Empire and focused the long-reigning leader Sultan Suleyman the Magnificent, as well as “Roxelana, a beautiful young slave girl whose ambitions knew no bounds and whose marriage to Suleyman kicked off what became known as the ‘Reign of Women.'” Oh also, it’s based on an original idea by Gina Gershon. Have a great day, everyone! Grade: C+ [HR]