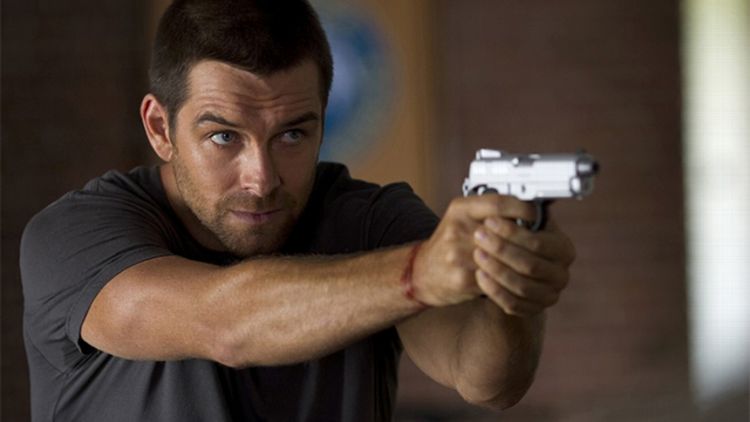 Thirteen years ago this summer, The New Yorker published its debut Debut Fiction issue. Among the fictional first-timers contained within was David Schickler, a then 31-year-old not making a living scribbling stories from his parents’ basement in upstate New York. Schickler’s contribution, “The Smoker,” about the curious relationship between a loner private school teacher and his precocious English student able to write the first page of Moby-Dick from memory, was a stunner, a perfectly calibrated twee-bomb of oddball specificity (a toilet-flushing cat named John Stapleton; a 14-year-old barber named Chiapas) and heartrending romance. Within a week of the magazine hitting newsstands, Schickler’s life went from failure to fairy tale and he packed up the basement with both book and movie deals in hand. (Owen Wilson and Natalie Portman were attached with Richard Linklater directing, because that’s the sort of thing that would happen in 2000.)

The next few years followed the literary golden-boy script to a tee: a move to New York City; a debut novel, Kissing in Manhattan, constructed, in true turn-of-the-century MFA fashion, as a collection of loosely linked stories. An elevator named Otis played a primary role; “The Smoker” was the best thing in it. A few years after that came a tougher book called Sweet & Vicious, about runaway jewel thieves; on the first page a hawk flies through the windshield of a Buick. A few years after that came nothing, including no movie. Schickler’s voice remained an idiosyncratic wonder, able to make a stomach-punch read as tender as a kiss, but the book business is a tough one, especially for novelists. There tend to be more one-hit wonders in the remainder bins at Barnes & Noble than on the pop charts. The New Yorker doesn’t run a second-chance fiction issue.

But there is a way out for frustrated authors, a golden goose offering a wider audience, untold financial solvency, and, most alluringly, a chance to escape the tyrannical loneliness of the blank Word document. Hollywood has lured hundreds of scarred publishing vets, from William Faulkner to Barton Fink. And now add David Schickler to their number. Along with fellow novelist Jonathan Tropper — whose works certainly appear to deserve a similarly gushy testimonial as the one above; I just haven’t read any of them — and veteran producer Alan Ball (True Blood), Schickler has created Banshee, an original series that premieres tonight at 10 p.m. EST on Cinemax, of all places. There are no potty-trained felines here: just a mean and macho story about a wronged con posing as a cop in a corrupt Pennsylvania town named after the Irish X-Man with the world’s least useful power. But it’s weird and worthy and potentially kind of wonderful just the same. Banshee plays like the primal yawp of bitter men finally freed from a certain snobby standard of success, every gunshot a rebuke of years spent being clever while chugging cheap wine at terrible readings in half-empty bookstores. It’s a hawk flying through your thousand-dollar flat-screen and pecking you to death.

The plot is good and pulpy: an unnamed con walks free after 15 years in the big house and tracks down his former lover/partner in her new life in the middle of Amish country. Then, when the conveniently unknown Oregonian sheriff gets gunned down just before arrival, our antihero swipes the cop’s identity and job. But describing Banshee like this is a bit like saying Lost was about some strangers having a cookout on a beach. Schickler and Tropper appear to have crammed every lurid idea they’ve ever not put into their books into this baby; it’s the compost cookie of action thrillers. In the first episode alone, there’s an Asian transvestite who works as a hairstylist but moonlights as a world-class hacker. There’s a fetishistic, fallen Amish crime lord named Proctor who has an angel tattooed on his back and looks like Steve Doocy. There are chess-playing Slavic villains, the meanest of whom is called The Rabbit and is played by Spock’s father. There are Indian chiefs and ex-prizefighters. There’s a motorcycle chase and a shootout on the streets of Manhattan and a meth lab out by the local fishing hole. The not-long-for-this-world sheriff is named Lucas Hood — eventually, so is our protagonist — and he dies after suffering a series of conveniently stigmata-like gunshot wounds. (“Am I dead?” he asks just before bleeding out. “I hope my mother was right about God.”) When not dodging convictions and beating men’s teeth in, Proctor runs a meat-processing plant and, thanks to director Greg Yaitanes, the purplish splat of freshly ground beef imbues every violent frame of the pilot.

As criminal-turned-cop Hood tussles with Proctor — shooting a baddie into his swimming pool; receiving a Kobe steak in return — he’s also worming his way back into the life of Carrie Hopewell, his kickboxing, safe-cracking ex. Carrie still packs a mean left hook, but is otherwise retired, posing as the happy Realtor wife to Banshee’s crusading DA and mother of his three kids — the oldest of whom, Avril Lavigne–ish Dava, seems to have a particular connection to Hood. As Carrie, Bosnian actress Ivana Milecevic makes for a appropriately smoky femme fatale, whether she’s kickboxing in abandoned warehouses or rolling about in her birthday suit with her husband (in the present) or Hood (in flashback, for now). And The Wire vet Frankie Faison is a welcome presence as Sugar, a fellow ex-con turned saloonkeeper and Hood’s only ally in town. But look, this is ridiculous, and it knows it: In his first few moments of freedom, Hood — before he’s Hood — pauses his quest for his lost love and their pilfered diamonds to ravage a mute bartendress in a stockroom. But even here Schickler and Tropper’s sly humor elevates the situation: Kiwi Antony Starr, as Hood, paws at his conquest’s considerable breasts with the workmanlike focus of a 14-year-old copping his first feel. Yes, this is Cinemax, the show seems to say. And we are going to have as much fun with that fact as humanly possible.

In recent years, HBO has chased after literary prestige like a debt-ridden MFA grad on the road to Yaddo, gobbling up wonderful award-winning novels that have next to no chance of becoming successful television shows. It makes perfect sense, then, for its soft-core sibling Cinemax to posit itself as the populist, beach-and-airplane paperback alternative. Despite some pokey exposition and some dodgy production values, Banshee crackles with the same sort of fizzy, hard-boiled energy found in the novels of James Lee Burke, Charles Willeford, and Lee Child. Which is to say, not the novels written by David Schickler and Jonathan Tropper — although the dialogue does often surprise. (“You killed my husband and now you’re sitting here eating food prepared for his wake. Food I paid for,” a recently widowed hottie scolds a sandwich-scarfing Hood. “Well,” the new sheriff replies. “I apologize about the food.”) Down and dirty, poppy and preposterous, Banshee is the work of writers no longer concerned with making a first impression, just a lasting one.