Back in Black: Shane Black Returns to Reboot the Unkillable ‘Predator’ Franchise 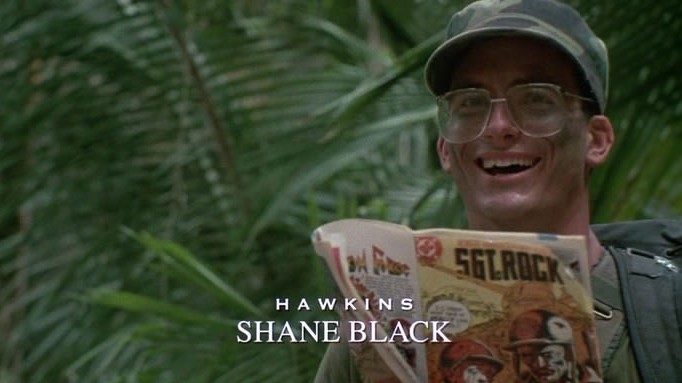 As shameless bids to render a totally unnecessary franchise reboot nearly outrage-proof go, this one’s pretty ingenious: 20th Century Fox has announced both a new Predator movie and that said new Predator movie will be (kind of) written and (possibly) directed by cult ’80s screenwriter Shane Black, of Lethal Weapon and Iron Man 3 fame. According to The Hollywood Reporter, Black won’t actually write a script, but he’ll supply a treatment and “oversee” the rest of the writing process; the actual screenwriter attached is Black’s old UCLA film-school classmate Fred Dekker, who cowrote 1987’s The Monster Squad with Black while they were rooming together in a notoriously unhygienic Hollywood crib called “the Pad o’ Guys.”

In the original Predator, directed by John McTiernan and released in 1987, a group of mercenaries led by Arnold Schwarzenegger ventures into the Central American jungle on a CIA-backed rescue mission, only to run afoul of a dreadlocked and mandibled extraterrestrial who begins picking off the soldiers one by one. The first of the gang to die is the wisecracking Hawkins, played by a little-known actor named Shane Black. By then, Black was also the hottest screenwriter around, having sold a buddy-cop spec called Lethal Weapon to Joel Silver for $250,000; legend has it Silver cast him in the movie to lure him down to Mexico, where he could perhaps be persuaded to do a rewrite pass on the Predator script between takes, a ploy that reportedly didn’t work.

Nobody’s happier than I am to live in a world where Shane Black is once again an in-demand creative person, but unless his take turns out to be a solo origin story about how Hawkins acquired his repertoire of cunnilingus jokes, there’s a ceiling on how excited I can get about anybody signing on to make yet another Predator movie, whether it’s Black or an android powered by the frozen brain of Orson Welles. McTiernan’s original is good pulp, and the 1990 sequel with Danny Glover is great trash, but if there’s anything we should have learned from the two dumb ’00s crossover movies about the Predators versusing the Xenomorphs from Aliens, it’s that there’s a huge difference between a cool monster and a resonant modern myth that begs to be revisited and expanded upon.

Besides — didn’t we already kind of do the back-to-basics Predator reboot in 2010, with Robert Rodriguez and Nimród Antal’s watchably inoffensive Predators vs. Topher Grace for Some Reason? And in a larger sense, piggybacking on what Grantland’s Emily Yoshida wrote about the Rian Johnson Star Wars news earlier this week, isn’t it sort of a bummer when talented filmmakers agree to expend time and energy playing in somebody else’s sandbox when they should rightfully be in the sandbox-construction business themselves?

Do You Like Prince Movies? Podcast: ‘Orange Is the New Black’

Acting legend Eli Wallach ('The Magnificent Seven,' 'The Good, The Bad, and the Ugly,' 'The Godfather: Part III') dies at 98.