Do You Like Prince Movies? Podcast: ‘Orange Is the New Black’ 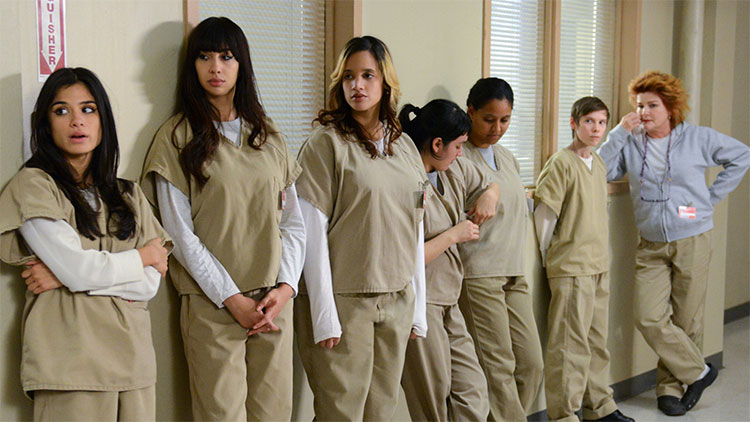 This week Alex and Wesley get emotional about Orange Is the New Black — well, Wesley does. (Alex suspects he’s a robot.) The performances, writing, the immersion in sexuality, race, ethnicity, and class, the compassionate human scope, the names: Has there ever been anything like it on TV? They don’t think so. Of course, it’s not TV. It’s subscription television, a format that facilities this kind of achievement. Anyway: Bravo! Or, er, Netflix!?

They also discuss The Rover, a new, Australian postapocalyptic thriller by David Michôd, the guy who made the low-life gangster movie Animal Kingdom. Alex really likes the small details: the pop music and use of flies. Wesley can’t get past the plot point that sets the film in motion. But they both like Robert Pattinson and especially Guy Pearce, who’s just a dude in shorts, chasing after the guys who stole his car.

Don’t forget. Next month’s Prince Movies book is Rachel Kushner’s The Flamethrowers, which they’ll discuss during the week of July 16.

Back in Black: Shane Black Returns to Reboot the Unkillable ‘Predator’ Franchise