Ashton Kutcher Just Brought Steve Jobs Back From the Dead 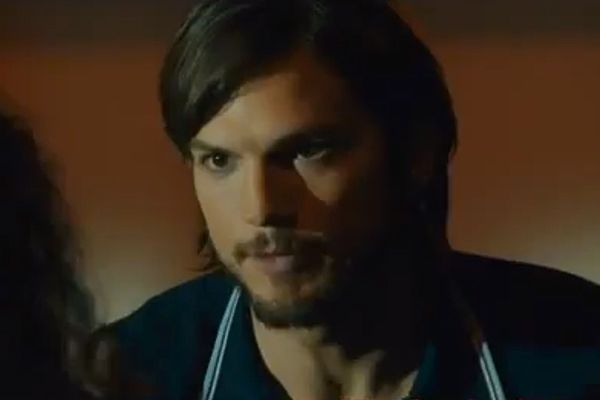 The last time we saw Ashton Kutcher as Steve Jobs — from the upcoming cinematic event jOBS (jOBS? jOBS?!) it was only in still-image form. Well, prepare yourself, mentally and emotionally: We’ve got footage now.

OK, now, before you watch, let’s talk for a second about what’s happening here. Yes, the Internet (with Grantland as no exception) has had some fun so far with the fact that Ashton — who is, well, you know, one kind of person — will be playing Jobs — who was, uh, a very different kind of person. But let’s try to remember that this jOBS thing is a major motion picture, and therefore its production was a massive undertaking, pulled together with great might and force and will, by a whole bunch of sleep-deprived people fueled mostly by reheated Bagel Bites. And so before we cast aspersions, like so many handfuls of Sour Patch Green Wild Watermelon tossed gleefully at a movie theater screen, let’s try to remove our biases. Let’s try and forget most of Punk’d, this last season of Two and a Half Men, Killers, What Happens in Vegas, New Year’s Eve, The Butterfly Effect … actually, let’s try to forget all of Kutcher’s filmography except Dude, Where’s My Car? Let’s also try to forget that Aaron Sorkin’s own Steve Jobs movie will most likely end up bullying jOBS out of our collective memory, like it’s dressed in a skeleton costume chasing the karate kid around a high school gym.

And let us now watch Kutcher as Jobs like we’re newborn cinematic babes, innocent and free. And if you still think this is an awful idea … well, then I can’t really blame you, man.