Arrested Development Recap: A Slow-Binge on Season 4, Episode 1: ‘Flight of the Phoenix’ 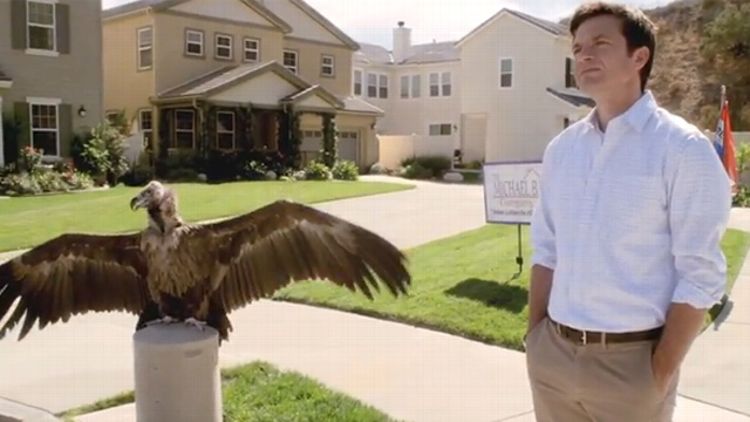 Great comedy is like an ice cream sundae: There’s delicious, fluffy stuff at the top that anyone would like, then there’s some more substantial material, and it just gets richer and richer the further you dig down. You are rewarded for patience and persistence with a more complicated and rewarding experience than someone who just licks the whipped cream off the top. And if you gobble too much down in one sitting, you’ll probably puke.

Of course, no, not really, though I avoided the Internet all day Sunday just in case the legions of Arrested Development fans who binge-watched Season 4 got all upchucky about the experience. To be sure, there was some sour-breathed curmudgeonliness on display, but for the most part I was, if anything, surprised by the lack of intense reaction, at least on my little corner of the World Wide Web. And then I watched Episode 1 of the long-awaited, much-referenced, cleverly marketed, insanely anticipated series comeback and I understood the “Hmm, OK … ” that has greeted it.

“Flight of the Phoenix” does not give a lot of narrative handholds to anyone not already familiar with the series. The episode barely begins — indeed, it doesn’t even introduce a contemporary character — before we’re tossed back into a cameo-strewn flashback in which a young Lucille (Kristin Wiig) and George (Seth Rogen) Bluth mark out one of the series’ signature running jokes: Lucille’s antagonistic relationship with Mexicans. (Classic quote: “They didn’t sneak into this country to be your friend.”) Upset over the maid’s inattention during Cinco de Mayo, the Bluths inaugurate “Cinco de Quatro” — which is nonsensically amusing except that, like so much in the episode, it’s also a congratulatory nod to insiders who might recognize that the Netflix season begins with this, the 54th episode of the show.

That kind of layering doesn’t seem clever or rewarding so much as search-engine-optimized, more about pecking away at the keyboard than looking at the screen. And speaking of awkward viewing experiences, most of the rest of the half-hour plus (no need to stick to the conventional network time limit!) plays like a surround-sound system with one speaker strategically left off — you know you’re missing something but it’s not clear what.

To get to the recapping: The episode centers on Michael Bluth (Jason Bateman, stretching a little uncomfortably from straight-man mode) and his troubled journey back home after yet another attempt to strike out to make his own fortune. Each episode of this season will have a single character at its center; this is announced by a little fillip at the end of the standard opening narration. In this case: “Now, the story of a family whose future was abruptly canceled and the one son who had no choice but to keep himself together. It’s Michael’s Arrested Development.”

The timeline is a little convoluted, and I refused to get out another sheet of graph paper (the first one was just for getting down all the running jokes), so forgive me if I’m a little rough on the order of events. (And maybe this is all on purpose: A little narrative fuzziness makes sense from the series that brought us the “Forget-Me-Now” pill.)

The elder Bluths spend a windfall of “stimulus” money on a mysterious new project (“4,000 acres of California desert”), leaving Michael left with no money to finish the surreally nihilistic real estate development of “Sudden Valley.” He sells his shares of the family business to Lucille “Two” Austero (Liza Minnelli), and builds out the suburb only to realize that there are no roads leading to it.

He lives in denial/loneliness among the indoor tumbleweeds until the death of Pete, his mailman, apparently of thirst. Michael then realizes he needs to regroup and moves into the dorm room of his son, George Michael (Michael Cera, looking disturbingly lank). There are some boundary issues! They shower together! He walks in on George Michael and a girl! Or, I mean, his not-really-cousin Maeby. But the problem is really lack of self-awareness: After running into another victim of the recession, slumming it at UC-Irvine, Michael tells George Michael, “Shoot me if I’m 86, living in my grandson’s dorm, huh?”

Can you make a lack of self-awareness even more ironic? How about if you Google “shoot me” and “Michael Bluth,” as I did to try to get that quote right and was reminded that in the first three seasons, Michael Bluth  regularly requested to be shot if caught doing something pretty close to what he was already doing. Given the breadcrumb trail of severed-hand references that led to Buster gesturing with a hook, perhaps this should count as a spoiler alert.

Back to the action: Finding himself “mistakenly voted out of a four-person housing situation in a pack-first/no-talking-after scenario,” Michael gets on the second-cheapest flight available on Outwest Airlines (whose front desk is staffed by cameoing Workaholics) in order to garner solace in the pages of Altitudes magazine — they’ve done a feature on him. You don’t have to really have watched the show to guess that the story does not reflect well on Michael, though you will need to use the pause button to get an indication why. The headline flashes by: “Michael Bluth is praying you’ll fix his huge mistake (and why his prayers won’t be answered).”

That’s not a great message for a comeback profile, but as a button to end the episode on, I’m left a little underwhelmed. “I’ve made a huge mistake” is an Arrested nugget, as familiar to fans as chicken dances and cornballers, but why should Michael be as dejected as he is? Perhaps it has to do with why George Michael was wearing a mustache in one scene? Or whomever it is that Gob Bluth was messing around with before Michael interrupts him in a scene before that? Or the ambiguous aims of the “Faceblock” software that George Michael and his roommate P-Hound are working on? Tune in next week and all that.

Other, binging viewers tell me the whole thing unfolds beautifully, once the pieces are all in place. As someone tweeted me: “Actually, around Episode 11 you realize this thing out-Rashomons Rashomon,” which is great, if you have that kind of time and patience. (EPISODE 11?) I mean, I could be watching the first season of The Office and get a pretty high and almost immediate ROI. Fans of Arrested assume its creators have a godlike command of reference (just look the complicated web of callbacks and call-forwards that mark the original seasons), so perhaps the premiere’s very lack of resolution is a comment on the nature of fandom and “cult classics” in general — it’s not always obvious what stories will bear repeated telling, and there’s something to be said for a tale that’s completely satisfying the first time around.

That said! An admittedly partial list of running jokes and references (feel free to chime in on anything I missed in the comments):