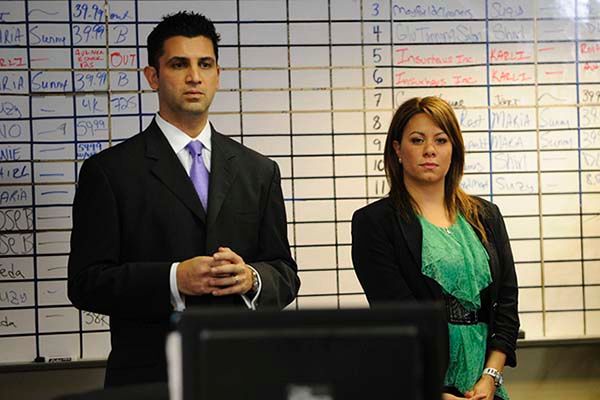 Who Is This Now? Dema.

Why Are We Watching Her? She’s letting her employees decide which three among them are the weakest, and will possibly end up firing one of those.

How Did She Get Here? For some reason, this company founder/president decided it would be a good idea to expose her business’s internal weaknesses to the world.

What’s the Grossest Thing We See? In order to get the employees to turn on one another, producers assemble a montage in which each person’s colleagues give their unvarnished opinions of him or her (generally negative). In case this doesn’t fill the underlings with the requisite bloodlust, they also find out how much money they all earn per year.

What Have We Learned? If you are a client of a credit card–processing hardware company called VMS, find one of its competitors and move your business because its founder/president is an irresponsible manager with absolutely terrible judgment.

Who Is This Now? Duncan.

Why Are We Watching Him? He’s telling us about the time he almost died from mycobacterium ulcerans.

How Did He Get Here? First, he decided to live in Australia. Then, many years later, he got bitten by a mosquito that infected him.

What’s the Grossest Thing We See? Just seeing ultra-close-up B-roll of a mosquito sitting on a man’s hairy knee or whatever is pretty gross, but each progression of Duncan’s illness is more revolting than the last, from dark red scab to angry, inflamed skin surrounding the lesion to THE DISEASE ACTUALLY EATING AWAY AT HIS SKIN. (After many months and 15 operations, Duncan’s basically fine now.)

What Have We Learned? Never go to Australia.

Grading the Top 10 in … COMEDY ALBUMS!

Arrested Development Recap: A Slow-Binge on Season 4, Episode 1: 'Flight of the Phoenix'