Are We Nuts or Did ‘The Leftovers’ Lighten Up Just a Tiny Bit Last Night? 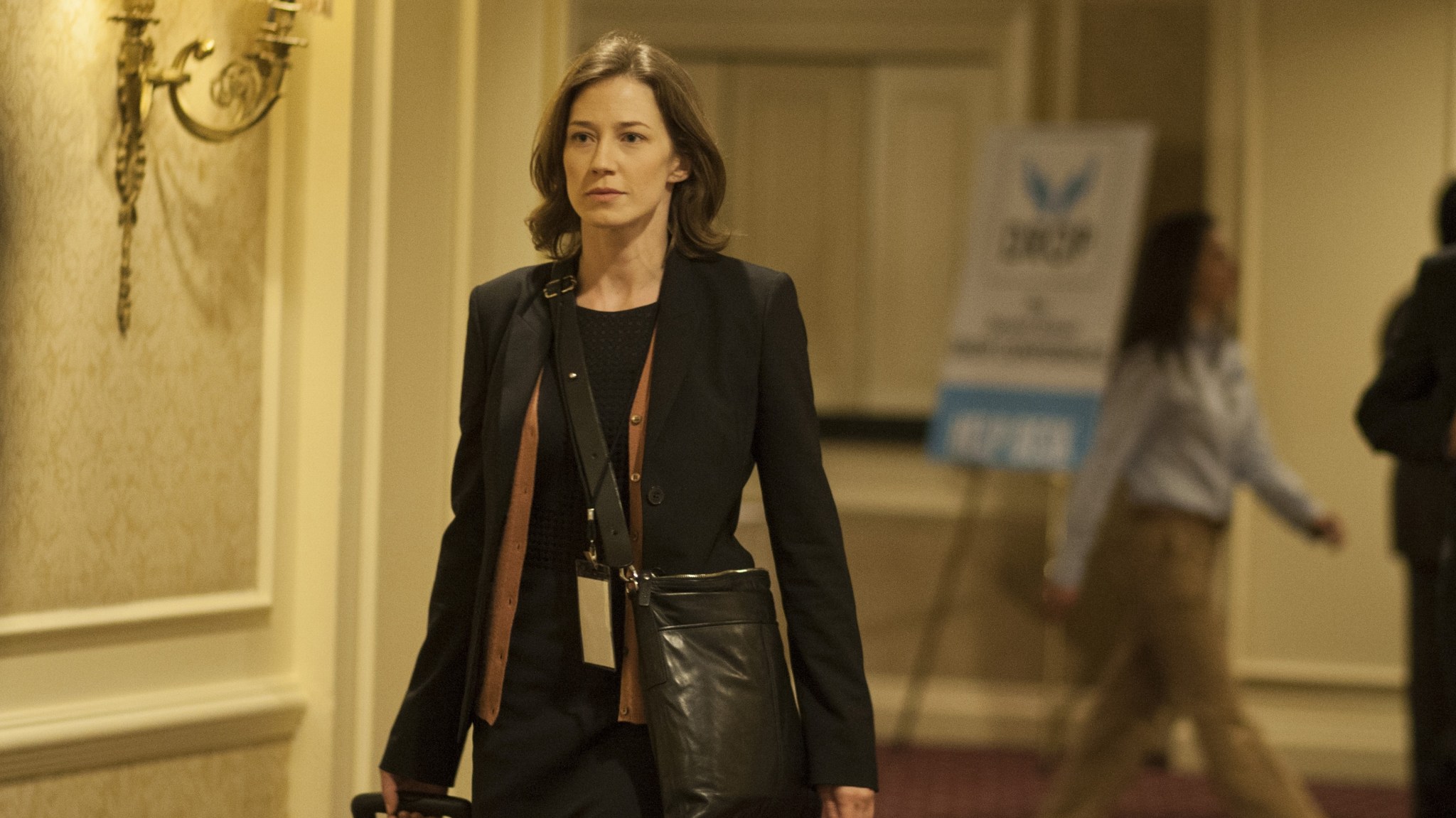 Hey, have you already given up on The Leftovers because you have better things to do on a Sunday night this summer than to tie yourself to the tree of despair, waiting to be repeatedly bludgeoned in the side of the head with sadness-rocks until your lifeless form, drained of all joy by impact after impact, finally lolls forward in utter defeat like a spent crash-test dummy? If so, that’s an understandable position; not everyone has the constitution to withstand that kind of weekly punishment, and there are no judgments here if you’ve decided to trade in that hour for something in the comparatively cheerful Halt and Catch Misery or Animal Planet’s A Bear Tore Out My Throat and Defecated in the Remnants of My Shredded Trachea. But a funny thing happened — six hours in, The Leftovers momentarily took its knees off our collective chests and lightened up a little.

A little! Sort of.

Look, it wasn’t suddenly a Touched by an Angel/Highway to Heaven crossover episode in the miracle-recovery ward of a children’s hospital, but some rays of dark sunshine finally cut through the once seemingly impenetrable fog of gloom. We saw them. It happened. In a world where 2 percent of the population can go poof at any minute, you take your uplift where you can get it.

So allow us to run through some of the most lighthearted moments from last night’s episode. Are we back in after teetering so dangerously close to the edge of the season-pass cancellation abyss? We might be back in. Let’s not go crazy here. But for now let’s enjoy the respite from the pain. An hour of not suffering seems enough reason to celebrate.

Shot Through the Heart

As recently as last week, Nora’s encounter with the prostitute would have been the setup for the kind of tragic gut punch we’re well conditioned to flinch from: a poorly aimed bullet and a defective Kevlar vest that resulted in yet another funeral for the Guilty Remnant to turn into a sad Marlboro smoke-out.

But that’s not what happened this time! Nora handed over three grand and got exactly what she wanted: to feel something. To touch the darkness but not totally succumb to it. To scare an unsuspecting hooker senseless. (Who can know the totality of her motives? Spending all day filling out the same soul-crushing government questionnaire can warp a person.) The gun discharged. The bullet found the vest. Nora collapsed onto her bare mattress.

And then gasped back to life. And we gasped along with her. Then, against all odds, we laughed. OK, fine, it was a noise that was somewhat reminiscent of laughter. Horrified relief is in the same ballpark. At least we weren’t vomiting, which is more than we can say about the aftermath of Gladys’s execution.

This is progress. Relatively. Come on! What did you want to happen, a BANG! flag to unfurl from the barrel? Nora to wheeze back to consciousness to the sound of a kazoo? Maybe they build to that next week. Baby steps. Disappearing-baby steps.

The Frosted Flakes of Doom

When Nora confronted her suspected badge thief in the hotel bathroom, we feared the worst from the resulting exchange. Would this be an undercover GR ready to stub out a menthol 100 in Nora’s eye? Would it be an aggrieved fellow Legacy brandishing a seven-orange-dotted badge like a weapon, wondering what’s holding up the Departed Benefit for her vanished septuplets who never disembarked from that mall carousel?

No. What we got was a recounted disagreement over the alleged correlation between sugared cereals and pre-adolescent departures.

This is not funny. This is hilarious. We will brook no disagreement on this point. The only funnier thing, in fact, is the DSD’s survey question insinuating that the use of aerosol deodorants might also precipitate a speedy enrapturing. The Axe commercials in this place must be amazing, all bikini models unholstering cans of Instant Bye-Bye and misting thrill-craving horndogs away to whatever bimbo-replete plane of existence lies beyond the beach. 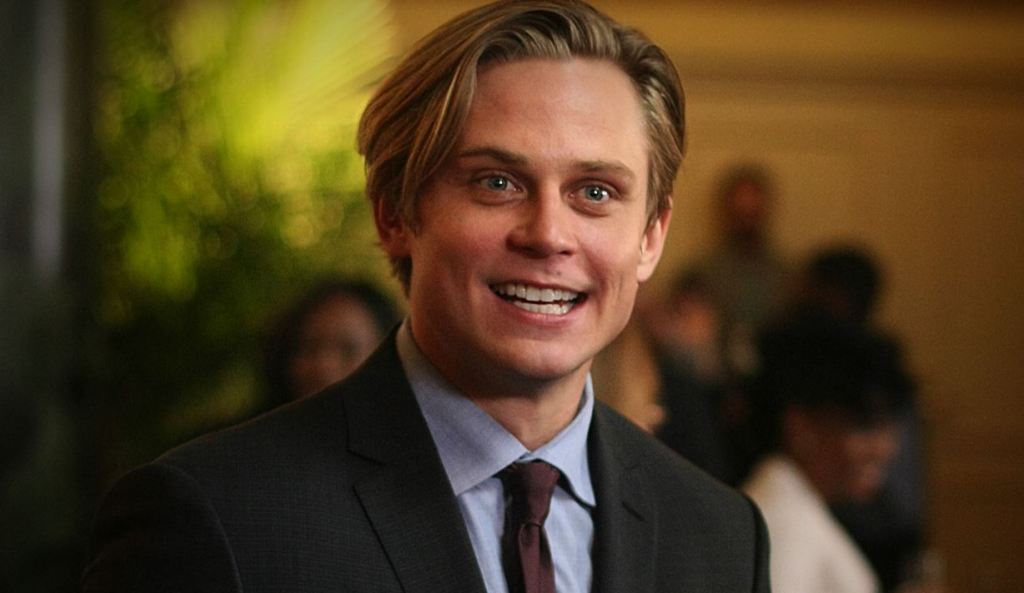 Even in a world that’s fundamentally nonsensical to those left behind, the profit motive still makes perfect sense. And so here’s an elevator pitch, if the drunk idiot in the elevator can put away the party favors long enough to spit it out:

RealDolls, but for grief. Forty grand a pop. Bury them, cremate them, prop them up at the dining room table and relive your favorite dinnertime fights, whatever you want. Only the price of a base-model luxury vehicle stands between you and letting go of your suffering.

Is that soulless, as our salesman Marcus pretended to worry over the deafening cha-ching of success? Maybe. But it’s still a lot sunnier than a highway strewn with the white-bagged bodies of what we thought might be actual corpses a couple of weeks back, not high-end mannequins. As was Nora’s mounting of Marcus’s scarily lifelike HealDoll instead of him at their giddy hospitality suite pill-party. And it was definitely more fun than a room full of lost teenagers choking each other to orgasm.

Getting Huggy With It

Now that’s more like it: Instead of knocking up underage girls back at the compound, Holy Wayne’s offering salvation for $1,000 a PayPal pop. (And these prices look downright incredible next to what Marcus the dollmaker is charging.) Step right up, log into your account, and authorize your magic hug. They actually seem to work! Even if it’s merely a placebo cure, a weeping Nora let it all go as Wayne clasps her to his grief-swallowing breast. She won’t forget her family, he promises. Just how much their disappearance hurts. And just as Nora releases the burden of her previous trauma, so do we begin to forget the unrelenting, punishing ordeal we’ve been put through the previous five weeks. Maybe we’re starting to see what this show’s really up to when it’s not preoccupied with caving in heads with rocks. Maybe Wayne’s eating our Leftover heartache and giving us all a fresh start. Just maybe. 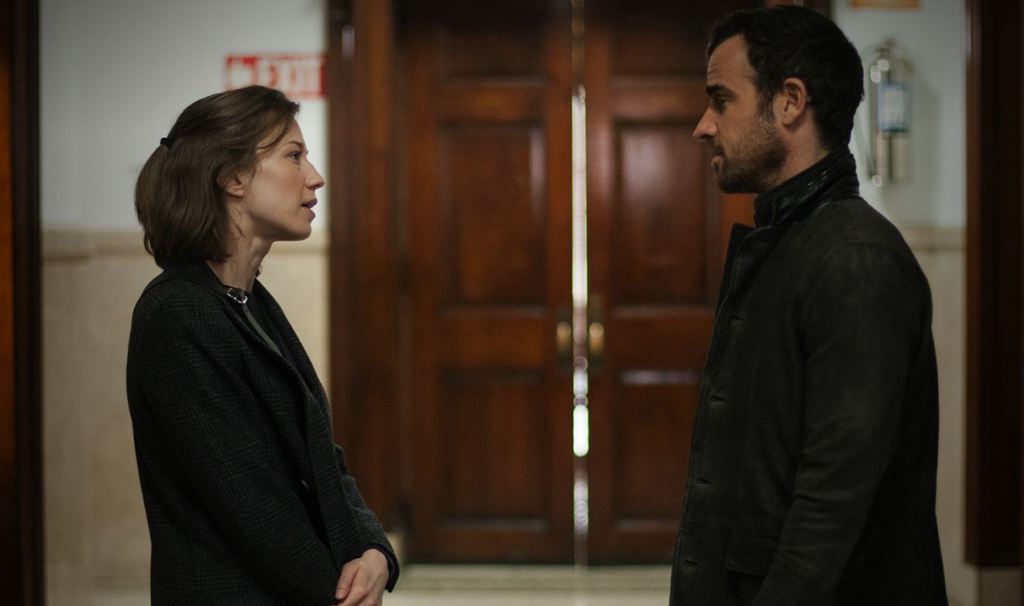 “Fuck your daughter!” OK, maybe that didn’t sound as playful as Nora intended when she tried to entice fellow damaged sourpuss Chief Garvey to ditch his parental responsibilities and join her on a jaunt to Miami to celebrate their simultaneous divorce filings. (Ha-ha, this show.) She wasn’t quite ready for it that early in the episode, anyway. She still had a sorrow convention to keynote. Recreational drugs to take. And torment-obliterating embraces to melt into. But at the end of that journey, she was ready — we all were ready — to answer the door and reopen herself to the possibility of something good happening with the dashing, utterly broken cop in the guyliner standing on her stoop.

“You should know, I’m a fucking mess,” he warns. We hear you, Kev. We know, we’ve been watching.  But perhaps when you take us out to dinner next Sunday night we’ll again be able to squeeze in a few strangled laughs between the anguished crying jags. C’mere. Someone needs a hug.

TV Check-in: A Great Cast of Fixers Does Its Best to Save 'Ray Donovan'