TV Check-in: A Great Cast of Fixers Does Its Best to Save ‘Ray Donovan’ 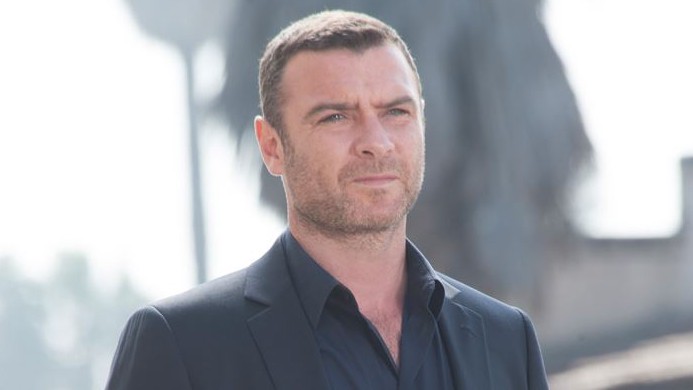 In Norse mythology it’s called Valhalla: the giant, otherworldly banquet hall reserved for legendary warriors who have fallen on the field of battle. There, the celebrated heroes feast and indulge themselves as they wait for the final trumpet that will return them to combat one final, glorious time.

I’ve noticed that there’s a similar place on television, a holding pen for interesting actors who are down on their luck or getting up there in age. A boistrous, noisy chamber where scenery is chewed like kibble and ham isn’t limited to craft services. It’s called Ray Donovan and you don’t need to cross the Bifröst to catch sight of it. New episodes air every Sunday night on Showtime.

I find it’s best to retreat to such unearthly metaphors when considering Ray Donovan. Otherwise the series, now four episodes into its second season, just doesn’t make much sense. When it launched last summer, the show was an uncomfortable cross between the Bostonian crime blather of The Departed and the slick Hollywood turtle wax of Entourage — two distinct tastes that no one was particularly clamoring to sample together. What united the twin strands of Ray Donovan’s DNA was a crushing self-seriousness. The result was a family drama about boxing and Catholicism that made me want to laugh and a dull skewering of easy L.A. targets (private schools, yoga, juice) that made me want to cry.

Yet it’s not possible to dismiss Ray Donovan outright. For as much as the show’s conceit isn’t working, its cast certainly is. I’ve never seen such a bounty of compelling, underutilized performers. Star Liev Schreiber gets the lion’s share of the attention as the titular antihero, and his dour gravity weighs heavily on every scene he’s in. But not even grumpy old Ray — who, in just 17 episodes, has morphed from grim celebrity “fixer” to Abaddon in Armani — can suck the life out of his fiesty costars. The first season gave us the sight of 75-year-old Jon Voight blowing rails and booty-popping in tighty whities. In Year 2, Mickey Donovan, his insatiable paterfamilias, still makes no sense — can an id ever stop raging? — but at least he’s having fun. In last night’s bumpy “Suck,” Mickey got righteously stoned with his cancer-stricken roommate, chatted up a reporter to piss off his son, and ended the hour getting gang-tackled by unknown thugs. It’s a marvel to watch Voight’s commitment to a character bereft of either compass or direction. At his age, most actors would be content to put up their feet. He’s still running into traffic.

But that’s just scratching the surface of the call sheet! As Ray’s brothers, Eddie Marsan (the soulful and quaking Terry) and Dash Mihok (the bruised Bunchy) are both brilliant, filling in the margins of the thin scripts with emotion and care. Last night, the way Marsan gazed at an Irish travel show and Bunchy stared at a little boy unable to afford his dream bike told us much more about their internal states than any dialogue ever could. Reliable ensemble players Elliott Gould, as a wifty industry attorney, and Steven Bauer, as ex-Mossad muscle (!), are given free reign to solo all over their limited screentime. And after dispatching James Woods (as — no joke — Dorchester major domo “Sully Sullivan”) in the first season finale, creator Ann Biderman decided to order the pupu platter as an entree for Season 2. So far this season has introduced Hank Azaria (as a crooked Fed), Sherilyn Fenn (as his peppy wife), Vinessa Shaw (as a lusty journalist), Ann-Margret (as a bronzed legend), and the eternally watchable Wendell Pierce (as a rumpled parole officer). All of these actors have been in better projects in the past, but I’m not sure if they’ve ever had more fun. All the parts of Ray Donovan’s Los Angeles that strike me as ridiculous seem to make quirky actors salivate: Clad in a garish muumuu while a buff pool boy writhes on carpet, Ann-Margret practically purred through her big scene last night. And Azaria, never known as a subtle performer, looked like he was getting away with murder as he squeezed a costar’s breast like a stress ball and gulped down a fake martini like the real thing. That he was, in fact, ordering a murder over his cell phone only added to the glee. Who needs dessert with all of this delicious cheese?

It’s too bad the meal, as a whole, remains so frustrating. It was probably the right call for Biderman to tone down the West Coast glitz and focus on the show’s dark, transplanted East Coast heart. Ray Donovan’s ever-expanding shadows complement Schreiber’s growly charisma (even though he’s secretly better at playing silly) and help obscure the show’s flaccid attempts at humor. (One self-aware touch I appreciate: Paula Malcomson, much-maligned for her Cah-Pahking accent in Season 1, attempting to clean up her speech through a computer program.) There’s still a bright germ of an idea hidden beneath all the blarney. I probably would have preferred “Suck” if it had devoted more than 30 seconds to Kate Moennig’s ability to procure cash, a fake passport, and a ticket to the Maldives at a moment’s notice. (I’m a sucker for shows about competence.) Instead, it frittered away my interest with its slavish devotion to the least interesting details: McMansion asking prices, the fates of fat gangsters who get bullets instead of ice cream, and the life choices of women who find broken assholes irresistible. I’m not sure if Ray Donovan can ever be fixed. But the strong cast goes a long way toward hiding the damage.