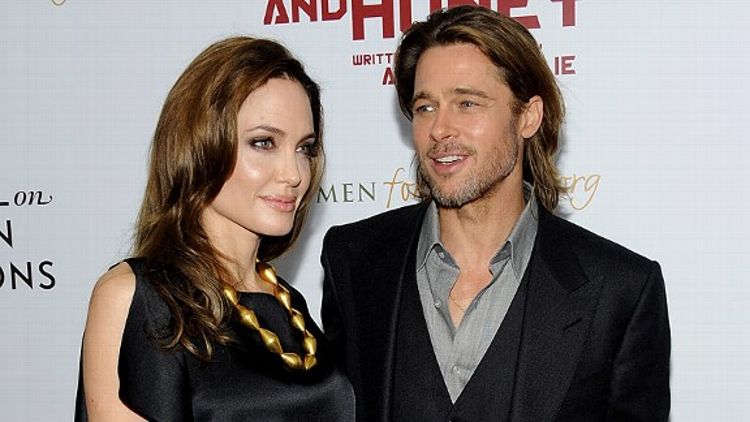 Angelina Jolie is in talks for a Luc Besson (La Femme Nikita, The Professional) thriller. Details are sparse, but it is apparently “rooted in true scientific elements.” Baking soda volcano?! Grade: B+ [Deadline]

Toby Jones and Sienna Miller will star as Alfred Hitchcock and his The Birds star Tippi Hedren in a BBC/HBO collaboration called The Girl. Hedren, a model, was unknown as an actress when Hitchcock cast her, and as he worked her into the character for the movie, he also personally fell in (dramatically unrequited) love with her. Pretty sure this actually doesn’t apply at all but … how Hitchcockian! Grade: B+ [Deadline]

David E. Kelley will adapt Sanjay Gupta’s upcoming novel Monday Mornings into the medical drama Chelsea General for TNT. The book, which revolves around five surgeons pushing themselves to their peaks, is named for the Monday Morbidity and Mortality conference, a confidential meeting where doctors discuss complications and errors in patient care. Garfield’s all like, “I hate this book already.” Grade: B [Deadline]

Patty Jenkins, the Monster director hired for Thor 2, is now off the project, citing only “creative differences” as the reason. In a statement, she added “I have had a great time working at Marvel. We parted on very good terms, and I look forward to working with them again.” When reached for his own statement, Thor, visibly upset by the hold up in production, posited that “only one person can direct the mighty Thor: the mighty Thor.” Grade: D [HR]

Stan Lee has cooked up a new superhero, The Annihilator, and Magic Storm Entertainment is now bringing him to the screen with Dan Gilroy, who wrote Real Steel, arguably the greatest boxing robots movie ever. Come on, a new superhero? The Annihilator? What’s he gonna do, go around annihilating things? Oh wait, that actually sounds cool. Grade: B [Showblitz]

Juno Temple and Wes Bentley have joined the Linda Lovelace biopic starring Amanda Seyfried, as Lovelace’s best friend and second husband, respectively. And while it’s great to know that the Temple and Bentley households will continue to have warm food on their dinner tables, it’s also deeply upsetting that this Lovelace movie — which has been deeply, comically troubled for years — is now actually happening. Grade: D [Showblitz]