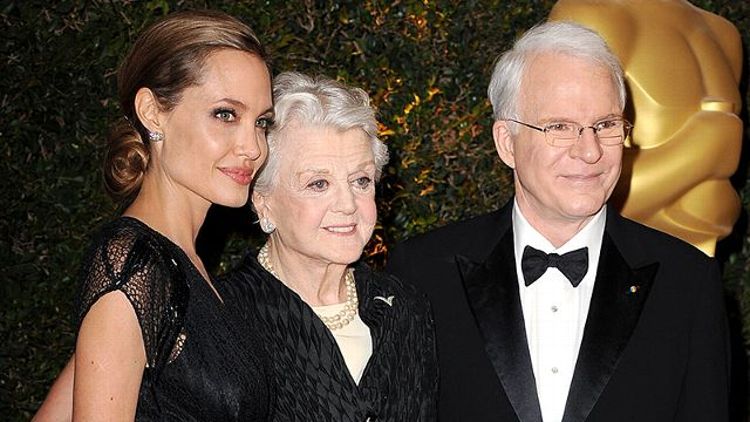 On Saturday night, the Academy of Motion Picture Arts and Sciences held its fifth-annual Governors Awards, a showcase for the special Oscars — the Irving G. Thalberg Memorial Award, the Jean Hersholt Humanitarian Award, and some general lifetime-achievement prizes given to industry veterans for particular merit — that were routinely a part of the actual Oscars telecast until they were banished in 2009. One of this year’s four winners, the Italian costume designer Piero Tosi, was not present, but the other three — Angela Lansbury, Angelina Jolie, and Steve Martin — showed up, and each of their awards served, in its own way, to illustrate just how much damage has been done to the Oscars by surgically removing from the main telecast the sense of continuity and of film history that these prizes represent.

Any one of their speeches would have been an emotional highlight of the Oscar show; all of them together would have been spectacular. The prize to Lansbury, who received her first nomination an astonishing 69 years ago for Gaslight and staked her claim to film immortality with another nominated performance in The Manchurian Candidate, was one of those recognitions that binds us to both the enduringly great and the enduringly wrong in Hollywood history. In her acceptance, Lansbury, now a poised and vigorous 88-year-old who just finished a six-month stage run in a touring Australian production of Driving Miss Daisy, traced the arc of her career with grace, pride, and humility, noting that she had worked with Ingrid Bergman, Bette Davis, and Katharine Hepburn, but also pointedly explaining that she turned to television and to Broadway (where she won five Tony Awards) when it became clear that Hollywood had no further use for her. (She warmly praised Turner Classic Movies for keeping her films alive.) The award to Lansbury, a beloved figure for many generations, was the best kind of career-merit prize. But it was also a valuable reminder that the industry’s failure to find rewarding work for some of its strongest actresses is not a current phenomenon but a decades-long narrative that awards like this help, if not to rectify, then at least to acknowledge.

The Oscar for Steve Martin represents another kind of acknowledgment, primarily of the degree to which the Academy has failed actors who specialize in comedy. In a film career that, he noted, has spanned 34 years, Martin has never been nominated — not even for Roxanne or for All of Me (each of which won him the Best Actor prize from the National Society of Film Critics). His acceptance speech, which followed tributes from Martin Short and Tom Hanks, was, of its kind, perfect — generous, heartfelt, and capacious enough to make room for half a dozen perfectly delivered one-liners and, less expectedly, his own tears. And the Hersholt award to Angelina Jolie for her work as a U.N. goodwill ambassador and a refugee advocate provided not only a jolt of glamour but a moving chance to contemplate the extraordinary journey that the 38-year-old actress has taken from tattoos through tabloids to her current, fully earned status as — like Audrey Hepburn and Elizabeth Taylor before her — the female avatar of Hollywood’s social conscience. Onstage, Jolie paid tribute to her mother, harnessing all of her quiet power; you could feel the whole audience lean forward to take her in.

Moments like these — emotional, contemplative, complicated — are why we watch the Academy Awards, or used to. It’s certainly not to see a 10th-anniversary tribute to Chicago or to watch Mark Wahlberg banter awkwardly with a teddy bear. They place the Oscars in a historical continuum. They remind us of the ways in which competitive “And the winner is … ” awards are not, in themselves, an adequate or complete way of recognizing what the Academy wants to recognize — and they demonstrate that the Academy gets this. They force us away from the transient and toward an understanding that each ceremony writes only a small new chapter in a vast history of mainstream Hollywood filmmaking. (And the award to Tosi reminds us of how rarely the Academy has successfully reached outside that mainstream to bestow its largesse.)

Perhaps most importantly, honorary awards serve as gracious bows to fallibility — historical but, by implication, current as well. They are a way of saying that while the membership votes for most of the prizes that are given, some awards are not going to be subject to popular referendum or visible campaigning, because sometimes the Academy misses what it should not miss and avoids what it should embrace. When these prizes were evicted from the telecast and the Governors Awards began, the semi-official word from the Academy was that the new banquet — “one of those magical moments,” joked Short on Saturday, “when the one-percenters come together to honor some of our own” — was a lovely, relaxed event at which Hollywood could just be itself, whatever that is. But now, clips of all the acceptance speeches and presentations are put up on YouTube by the Academy itself, bloggers and film writers cover it, often from inside the room, and studios routinely dispatch the actors, writers, and directors who are hoping for nominations this year to show up, work the room, and try to do themselves some good. There’s nothing private about it, if there ever was. And it’s hard to imagine that there isn’t a growing imperative to get this on TV in some form and monetize it as a second Oscar-branded broadcast.

That would be better than the event’s current clubby, members-only sequestration. But separate isn’t equal. The Oscars, at least since the late 1930s, have been conceived not just as a night out for some famous people who have nice clothes, but as a moment at which the industry consciously — if often self-consciously — shows itself to the world. Of all the ways of nodding to the past, it is grotesque that the only one that has survived on the main telecast is the in memoriam roll call. It’s pious sentiment, and also profound hypocrisy, to bow to Hollywood history by honoring those who are no longer around while shoving its living representatives off to November lest they ruin your TV show. The Oscars, as I’ve probably written here too often, aren’t perfect, nor are they supposed to be. But they should strive to be better than this.

Preacher Might Finally Get Adapted, With Help From Seth Rogen and AMC