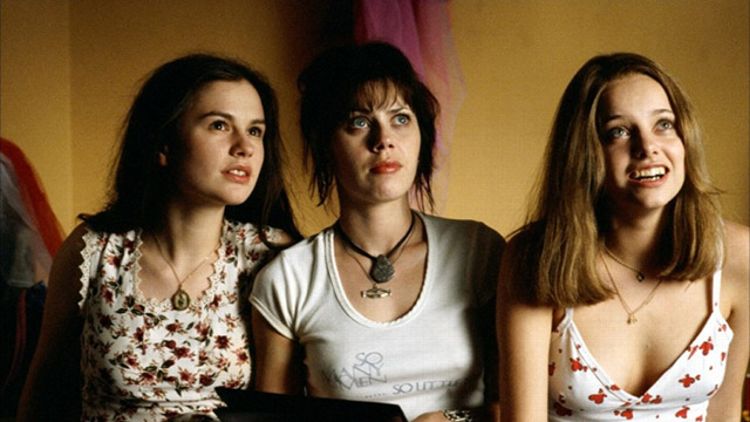 Every once in a while, a Reddit thread comes along that not only has wide enough appeal to get play in Twitterland and Facebookville, but is able to take on a life of its own, a wriggling amoeba that divides and grows ad infinitum into a beautiful sea beast. Yesterday, Redditor Bhighkin posted a not-so-innocent question to the AskReddit forum: “Former groupies of Reddit, what was your experience?”

Obviously I’m not asking for names of rock stars, but I was thinking that if we hear stories about how many hundreds and even thousands of women these rock stars had sex with, then there have to be some with a story or two. I’m going to go ahead and make this NSFW to be on the safe side.

It was like being there for the first time Gene Simmons idly stuck his tongue out in a mirror and realized it went past his chin — seeing a fully matured entity realize where its true powers lie. Why shouldn’t Reddit, with its legions of users from all walks of life, pool together those users’ collective experience to share their insane stories about celebrities so that they effectively become OUR insane stories about celebrities? Isn’t that what a hive mind is for?

The stories came pouring in, some anonymous, some not-so-anonymous, some more suspicious-sounding than others. At a certain point, though, the truthfulness doesn’t matter, because these would still just be amazing as short pieces of fiction, little sunbeams in the aura of truth and fiction that surround any celebrity. Take this dubious nug from DudeManBroSloth, for instance:

this chick at my school hooked up with based god when he preformed at our 4/20 spring jam festival thing and when she woke up in his hotel room he was gone, there was like 23 dollars and a little bag of really shitty weed by the bed. hilarious.

Not inconceivable, but also easily made up and easy to believe. Like so many stories that now fill the 7,000-plus -strong thread, the sources could be lying, but that doesn’t mean that the acts, events, and predilections they describe haven’t probably happened at some point or another. Of course, some of the stories just read like Mary Sue fanfic, like this wish-fulfillment Harry Styles saga:

I’m from NY and was back in chelsea on break from college up north. I visited my favorite cupcake shop and ran into Harry Styles. (You don’t get to be a 20 year old american girl without recognizing the band members of one direction.) I tipped him off that the red velvet cupcakes were the best of the lot and made an exit. This shop is on a pretty quiet street (one of the old cobbled ones: the few the proud), so I turned around when I heard “excuse me.” There was Harry, recommended cupcake in hand. He walked to the end of the block with me and there was a car waiting for him. I thought seriously about just going home, but i was pretty sure this was the kind of adventure that doesn’t happen twice, so I got in when he offered. We drove around for awhile behind tinted windows talking casually, and eventually ended up at his hotel. He got out with a security guy that had been sitting in the front seat and told the driver to take me a couple blocks away, giving me directions to find his handler in the hotel. It was honestly surreal and I thought he was being a little bit ridiculous until I saw the literal mob of teenage girls at the front door. I worked my way through the crowd (nobody stopped me because I wasn’t with Harry.) Surprisingly, his slightly vague directions panned out and I ended up in his suite. We had great conversations, good sex, and excellent champagne, at which point he needed to leave for some facet of his job, so I headed out of the hotel outside past the mob of fans. It was a really bizarre experience, and ultimately I feel bad for him after witnessing all the smoke and mirrors that went into a casual afternoon. He seemed like a good guy, and I hope he’s doing well, but I have no desire for a repeat. I’m a really private person and am unwilling to take the risk of my name or picture leaking.

Nope, sorry, the meet-cute with the cupcakes and the monumental effort to sound nonchalant (“I’m a really private person”) rings false to me. I’m sure it will play well here, though.

The list goes on: first, second and third hand stories about Darius “Hootie” Rucker, Kid Rock, John Mayer (duh), some embarrassing, some glowingly complimentary (“He is the kindest, most soft-spoken artist I’ve yet to work with. So polite, always saying please and thank-you. God, I was dazzled by his manners.”) But of course I’m saving the best for last — and before I continue I’d like to reemphasize that none of these stories is necessarily verified or true, and I am merely reposting them for their literary merits. That said, user diba_’s post has a lot of literary merits:

My friend’s cousin dated Derek Jeter for a while and had keys to his apartment. According to the story she entered one day to find him butt ass naked on his couch watching highlights of himself and bumping his chest with his fist saying “YEAH JEETS, YEAH JEETS”.

Crazy, right? Definitely made up for lolz and upvotes, right? But then the corroborators started coming out of the woodwork, and, well, let’s just say that if you were losing faith in the Internet that day it was probably restored.

omg unless you’re my friend from college or someone who knew him this is crazy, because i have heard a very similar story involving Jeter naked, watching highlights, saying yeah jeets

I actually kinda believe this. Only because one of my friends claims he knew a girl that went back to Derek Jeter’s place one night and proceeded to go down on him. As she performed, Jeter put his hand on her head and said “Yeah Jeets, yeah Jeets,” as she kept going. I believe it was a soft “yeah Jeets” as opposed to a screaming bumping “YEAH JEETS.” But it’s close enough. I never knew if it was true, but if someone unrelated has another “Yeah Jeets” story, it is gaining some validity to me.

It would not be out of the realm of possibility for a bunch of Redditors to band together to turn a fake story about a celebrity into a reality by confirming and adding onto each other’s admittedly colorful imaginings. That’s the double-edged sword of the Internet: Truth doesn’t always rise to the top, because if you repeat something enough it becomes, for all intents and purposes, true. We all have the image of Derek Jeter pumping away and cheering himself on, and even if it never happened, that image will never leave our heads. As the latest willing deliverer of such a rumor, let me just say: You’re welcome.

Filed Under: Derek Jeter, Harry Styles, Lil B, One Direction