And Your Weekend Longread Is: The Grand Unification Theory of Pixar 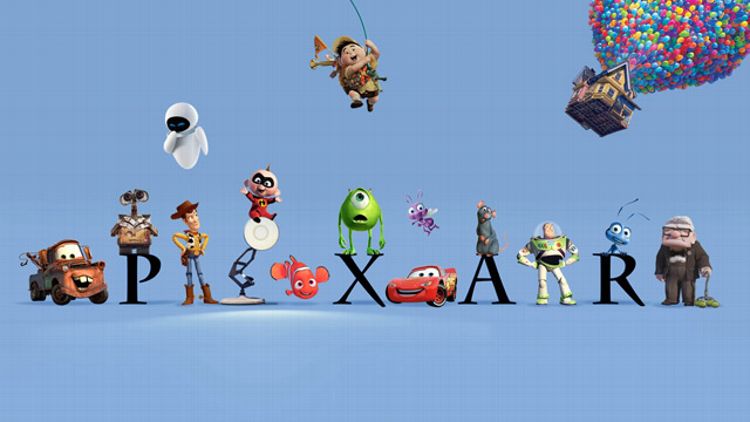 Modern scientists are locked in an intensive search for a unified theory of theoretical physics, something that will connect string theory and general relativity and quantum field theory into an ultimate theory of everything. Will we ever see them reach that magic day in our lifetimes? Chances are slim. But don’t despair: At least someone has figured that all out for Pixar.

Last week, blogger Jon Negroni posted “The Pixar Theory,” an ambitious, overwhelming attempt to connect the fantastical realities of every movie the good folks at that dream factory have produced. The basic concept: “Every movie is connected and implies major events that influence every single movie.” Since he’s posted it, he’s updated it with additional information, advice, and tidbits from careful readers, fleshing out his Pixar unification and threading the needle from talking animals to sentient robots to the very destruction of the human race. Who knew Pixar had so much in common with Skynet?

[W]hy would machines want to get rid of humans in the first place? We know that animals don’t like humans because they are polluting the Earth and experimenting on them, but why would the machines have an issue? Enter Toy Story. Here we see humans using and discarding “objects” that are clearly sentient. Yes, the toys love it Uncle Tom style, but over the course of the Toy Story sequels, we see toys becoming fed up. But wait? Toys and inanimate objects aren’t necessarily machines, so how do they have some kind of intelligence? Syndrome points to the answer. He tells Mr. Incredible that his lasers are powered by Zero Point Energy. This is the electromagnetic energy that exists in a vacuum. It’s the unseen energy we find in wavelengths and a reasonable explanation for how toys and objects in the Pixar world draw power.

By the events of the Toy Story movies, we are in the 90s until 2010. It’s been 40-50 years or so since the events of The Incredibles, giving A.I. plenty of time to develop BNL [Buy-n-Large, which, elsewhere in the essay, he reminds us is “a corporation that runs just about everything by the time we get to Wall-E”]. Meanwhile, Pixar is hinting at dissatisfaction among pockets of toy civilizations. The toys rise up against Sid in the first movie. Jesse resents her owner, Emily, for abandoning her. Lotso Huggin’ Bear straight up hates humans by the third movie. Toys are obviously not satisfied with the status quo, providing a reason for why machines and objects alike are ready to take over.

Oh, and it goes on for a while! I mean, I won’t pretend to understand it all, or even swear that it all makes sense. You’re just going to have to grapple with it on your own. But this is the kind of maniacal attention to detail and loopy devotion to truth-seeking that changes the world. Scientists of the international community: Have you considered giving Jon Negroni a call?

Watch Archer Combined With Star Trek: The Animated Series, Because It Is Sublime

Video: The Course of the Force Lightsaber Relay, From Skywalker Ranch to Comic-Con