On Sadness, Family, and the Parenting Lessons of ‘Inside Out’ 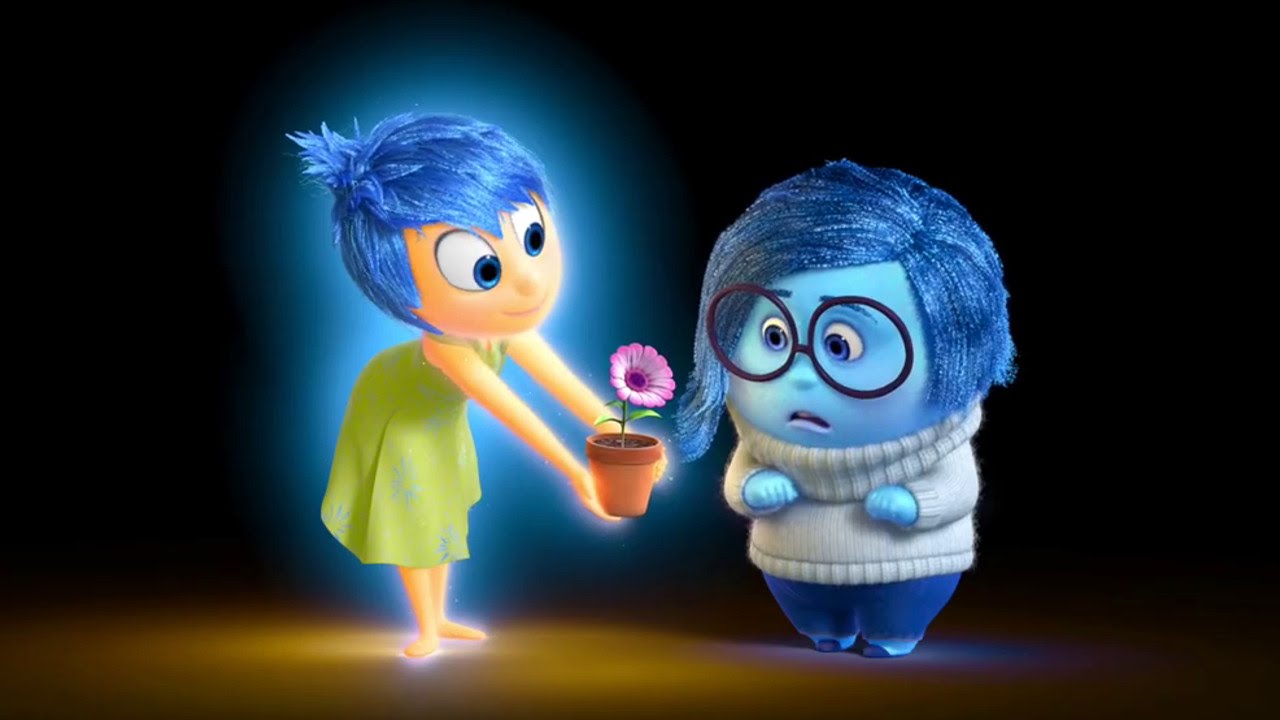 This weekend, my wife and I took our three sons — 8-year-old twins and their 2-year-old brother — to see Inside Out, which had been described to me by a woman whose taste I semi-trust as being “funny but also sad.” After we watched it, I felt conflicted, because “funny but also sad” is a worthwhile summation of Inside Out, but it’s only partially correct. It’s a good sad, a revelatory sad, not a debilitating sad, and so it’s really not sad at all.

The premise of Inside Out is that people have five main emotions in their heads (joy, sadness, anger, disgust, and fear), and in the movie those emotions are characters (their names are literally Joy, Sadness, Anger, Disgust, and Fear) who influence the behavior of an 11-year-old girl named Riley by clicking buttons and moving levers on a control center inside her brain. She does typical things in real life — argues with a friend, plays hockey, talks to her parents — but all the nonevents are turned into gargantuan moments because we get to peek inside her head and see how they’re all being processed and understood. If that sounds terrible, then that just means I did a bad job of explaining it, because it really is a smart and enjoyable and well-executed idea. So much so, in fact, that there is real credence to the argument that Inside Out is the best Pixar1 movie ever, and if it’s not the overall best it’s for sure the most profound.2

Pixar has a strong history of dealing with sadness in its movies. It’s very good at creating this feeling organically. Up was sad, but it was the type of sad established as an obstacle to be overcome. The scene in Toy Story 3 when the toys are riding toward the incinerator was some very true and real existential dread. And the part at the very end when Andy gives away Woody and Buzz and the rest of the toys to the little girl was sad, too, but it was the sadness of closure, which is secretly happiness. Wall-E did the same sort of thing, except in reverse. With Inside Out, though, it’s this new thing: The film presents the idea that sadness is natural and necessary and doesn’t have to explicitly equal unhappiness, which is a powerful notion for a kid, or even a parent, to consider. It’s also the thing that I’ve been thinking about the most since I watched it with my kids.

The most important scene for me in Inside Out is when one character gets very sad because he’s lost something that meant a lot to him. Joy’s instinct tells her to try to cheer him up, to distract him with silliness. She makes goofy faces at him, tries to tickle him, says things like, “We can fix this,” and, “It’s gonna be OK.” It doesn’t work. Sadness walks up to him, sits down, acknowledges his loss (“I’m sorry they took … ”), expresses understanding (“They took something that you loved”), listens to him talk about it for a moment, then puts her hand on him and very softly says, “Yeah, it’s sad.” He stops, looks at her, hugs her, cries some, then says, “I’m OK now,” and they get up and move on their way. Maybe it’s a bit obvious, but it’s also moving.

I’m generally terrible at this sort of thing. When I see one of my sons crying, the first thing I say nearly every time is something close to, “Stop all that crying, boy.” It is a truly involuntary response. I know that. I KNOW that. It’s something I’m aware of, but it still happens. I suspect that’s why I liked Inside Out so much.

The day after we’d gone to the movies, I asked my wife if she’d learned any lessons about parenting by watching Inside Out. She said, “Not really. Not anything I didn’t know. Kids are complicated. They have a lot going on in their heads. Sometimes you just have to let them be. Sometimes you just have to listen to them.” She asked me the same question and I told her the same thing she said, even though I definitely didn’t realize that until after she’d said it. I’m always the least smart adult in the house.

I asked the 2-year-old if he’d liked the movie. He said “Yeth,” because he has a baby lisp. I asked what his favorite part was and he pretended to punch me and then ran away. I still understand him.

I pulled each of the twins aside and asked them about the movie. I reminded them of how there were “core memories” that were especially important to Riley, memories that shaped the type of person she was. I asked Boy A if he had any of those, things he thinks about that make him feel very happy or sad. He said he really likes that we go out every Friday night as a family to eat dinner at this neighborhood pizza place. I asked him if he could remember a time when he felt like one of the other main emotions was the one controlling him. He said, “Yes, sir. The time I had to jump out of the treehouse because there was a lizard inside I was being controlled by Fear.” The treehouse is 6 feet off the ground. He literally dove out the side of it when a lizard crawled inside. I told him that when that happened, Laughter was in control of me because it was for real the funniest shit.

I asked Boy B the core memories question, and he said that his biggest memory is the time his brother taught him how to climb the wall at the front of our house. I told him that it probably wasn’t safe for him to climb it because there are loose bricks on it. He said, “I know, but I’m just answering your question.”

Sometimes I’m the least smart child in the house, too.

Filed Under: Movies, inside out, Parenting, Pixar

The Resurrection of ‘The Decline of Western Civilization’: Director Penelope Spheeris’s Definitive L.A. Music Trilogy Is Back